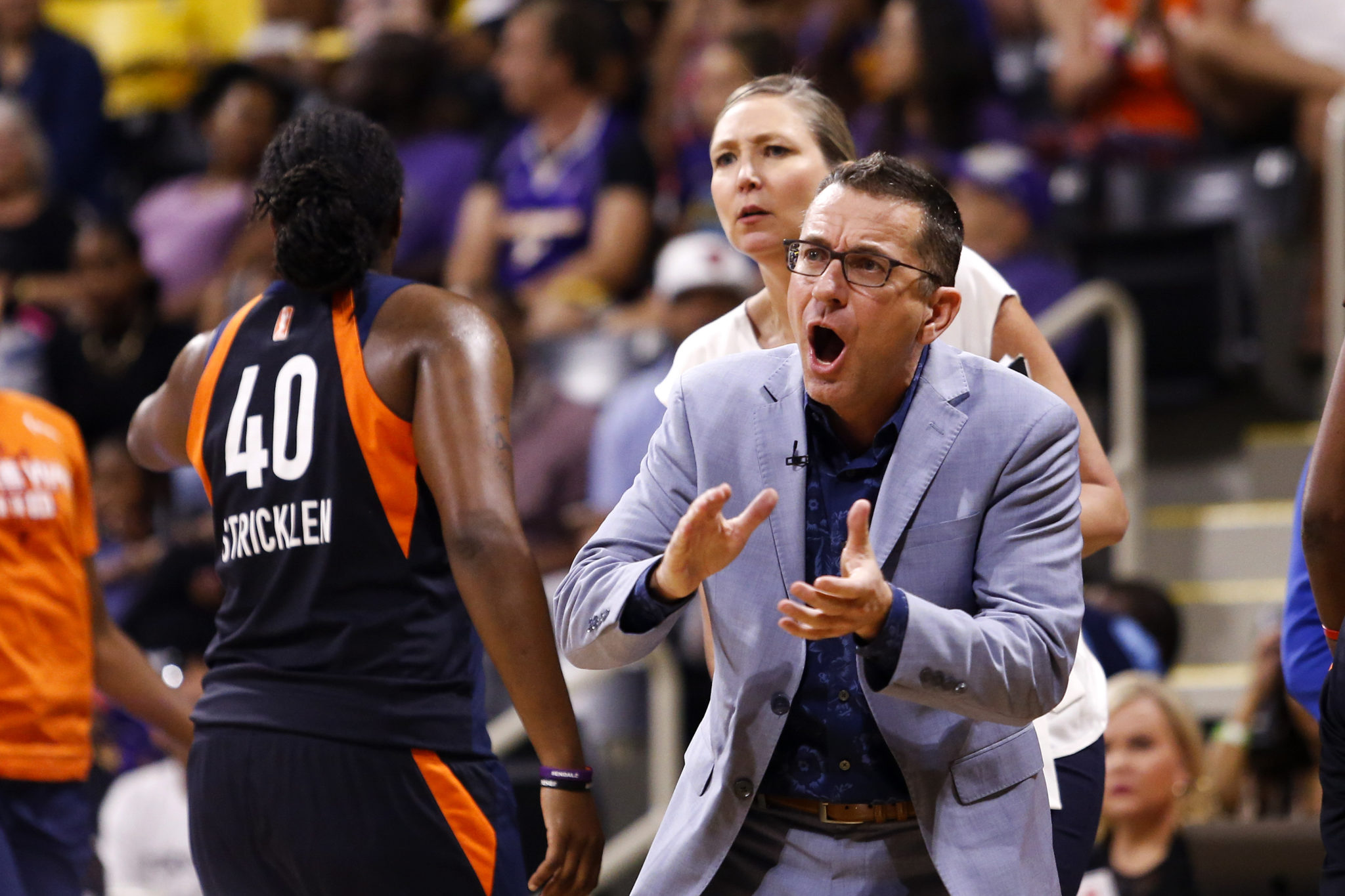 Connecticut Sun players toil largely in the shadow of the WNBA’s bigger names.

Washington, the Sun’s opponent in the finals that begin Sunday, features one of the biggest stars in league MVP Elena Delle Donne. Many pundits are picking the Mystics to win the title in the best-of-five final.

That’s just fine with the Sun, who relish the role of underdog so much that the team has been selling T-shirts during their playoff run that read DisrespeCT, with the CT highlighted.

“I just don’t think people have been paying attention to how we’ve played all season,” said forward Alyssa Thomas, one of four Sun players who average in double digits. “We are a No. 2 seed for a reason. And for no one to pick us and just assume that we are not a team that can’t play in the playoffs, we took that to heart.”

“We take pride in team basketball. That’s what we have fun doing on the defensive and offensive end,” said Jasmine Thomas. “But I think we definitely have stars here. We have All-Stars; we have the best 3-point shooter in the league (Shekinna Stricklen – 3rd in the WNBA). We have people who are reaching milestones in their career so early. We do play team basketball, but we absolutely have stars.”

The Mystics understand that. Guard Natasha Cloud said one of the biggest challenges for her team will be figuring out where to concentrate on the defensive end of the court.

Connecticut won two of the three meetings during the regular season, but was routed in the last one, 102-59, on June 29.

Both teams are aiming for their first WNBA title. While the Mystics were swept by Seattle in the finals last year, the Sun haven’t been here since consecutive appearances in 2004-05. They were coached by Mike Thibault, who now leads Washington.

Neither Thibault nor Sun coach Curt Miller has won a title.

Miller said it would mean to become the first openly gay man in the nation to accomplish that feat in a professional sport, especially as a role model for LGBTQ youth who aspire to leadership roles.

“The bit of frustration is the platform,” he said. “I think the light would shine to a lot of young people if I was coaching a men’s sport and sometimes it’s downplayed because I’m coaching in a women’s professional league.

“But I believe if we won the championship, it would shine light even brighter that a gay male can be a very successful team sport coach.”