WNBA: Sun hope to rise again in 2020 after losing Finals 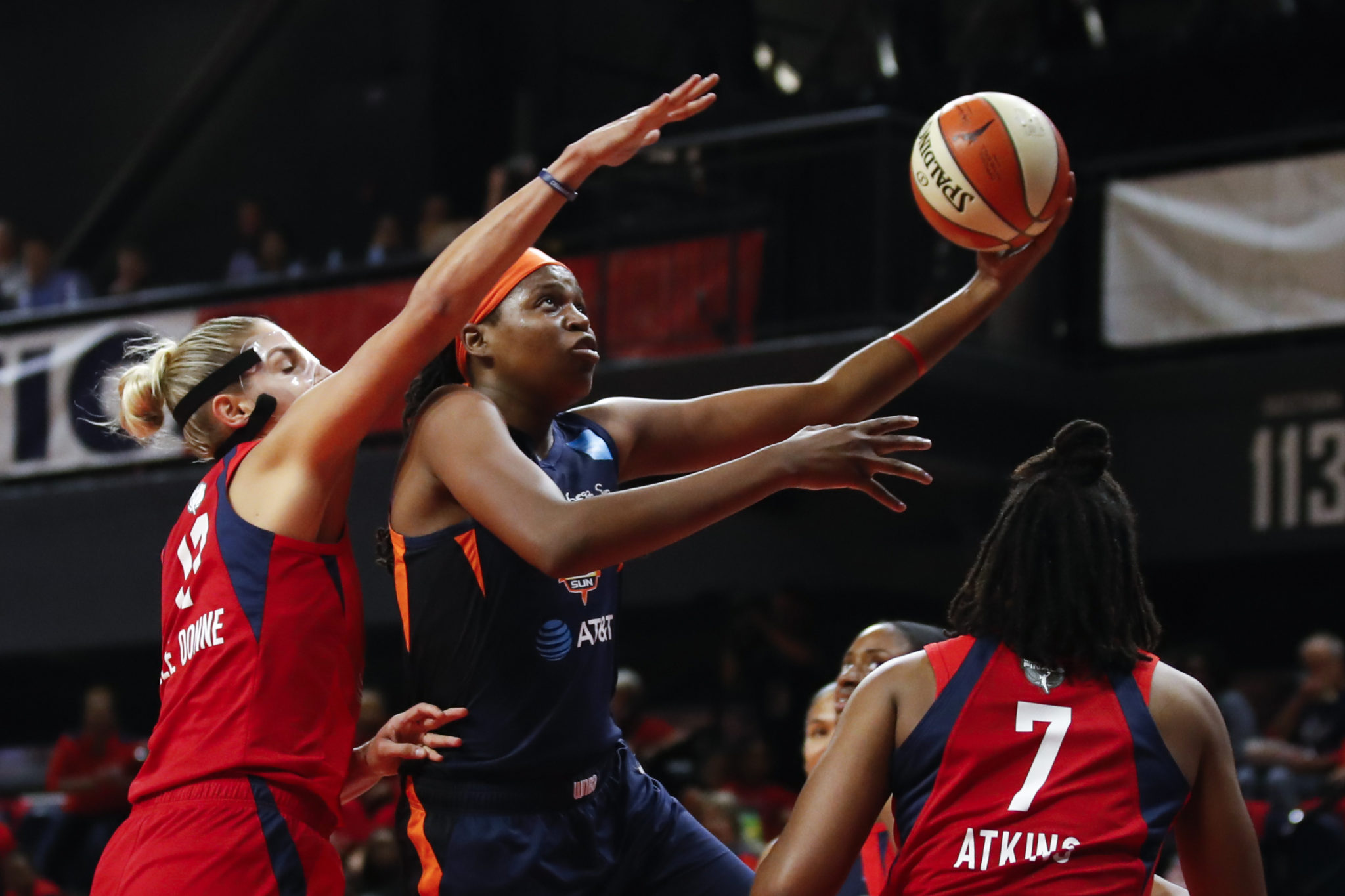 Connecticut fell one game short of winning its first WNBA championship, but the Sun’s title hopes don’t end with Thursday’s loss to the Washington Mystics in Game 5 of the Finals.

Coach Curt Miller will return a young team in 2020 that he believes could be perennial contenders.

“This is going to sting for a long time for our players,” Miller said following the 89-78 loss in the final game. “But it will also motivate that core group that’s back, that they know they can play championship-level basketball.”

The Mystics became the second team in the last four years to win a WNBA title after losing in Finals the year before. Minnesota accomplished the feat in 2017.

Miller took over a team in 2016 that hadn’t been to the playoffs since 2012. That was the year they fired Mike Thibault, who led the Sun to eight playoff appearances and back-to-back Finals in 2004 and 2005, but never a championship.

“I got mine first,” Thibault, now the Mystics coach, noted Thursday.


After a 14-20 first season, Miller has led the Sun to the postseason three straight times, losing to the Phoenix Mercury in the second round in both 2017 and 2018. The Sun earned a double-bye into the semifinals by finishing the regular season 23-11 and 15-2 at home.

Sun players Jonquel Jones, Alyssa Thomas and Jasmine Thomas have been together since 2016. Point guard Courtney Williams joined them in 2017. All four finished the season averaging double figures in scoring.

“I think we asserted ourselves and wanted to make ourselves known in this league, not just as individuals but as a team,” said Jasmine Thomas, the only player on the team over 30. “You know, we have taken pride in team basketball all season.”

They also were fueled by a perceived lack of respect from pundits, one of whom described them as a group of role players before the Finals.

Fans wore T-shirts to the Mohegan Sun arena that read, “Role Players Did That.”

“They became household names,” Miller said. “They were not considered megastars. Well, that locker room is filled with a bunch of megastars.”

It’s not clear whether the Sun will add another player in the offseason. But Miller has said the fan base makes Uncaseville and the 10,000-seat Mohegan Sun arena an attractive destination for players. It draws many of the same people who have cheered UConn to 11 NCAA titles.

“Everybody cheers when you have good plays and things are rolling, but they also know how to give us that little extra boost that we need when you can tell, maybe we’re starting to lose our legs; were getting tired, the game has settled in and maybe we need that,” Miller said. “They are really an educated fan base.”