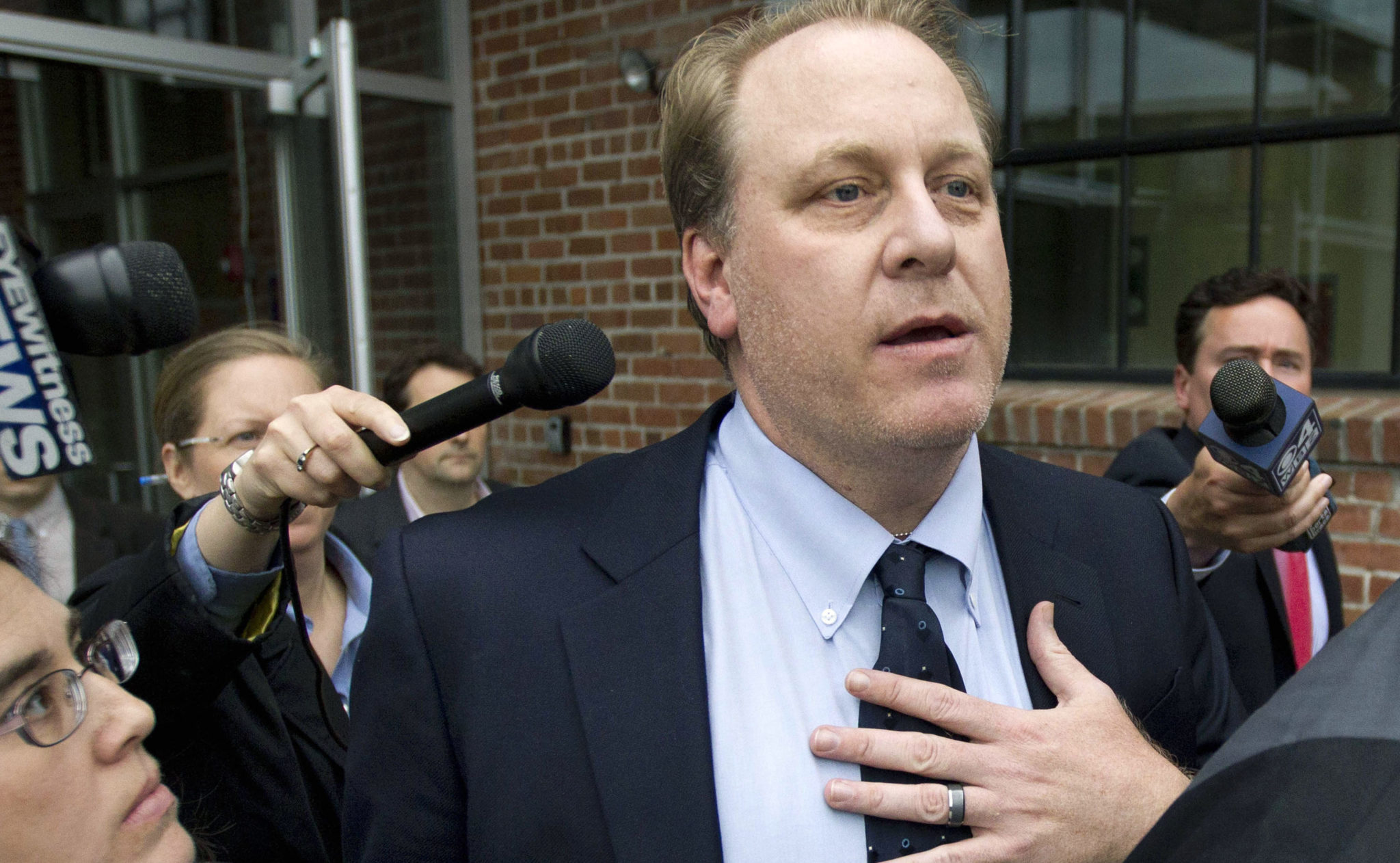 FILE - In this Wednesday, May 16, 2012, file photo, former Boston Red Sox pitcher Curt Schilling, center, is followed by members of the media as he departs the Rhode Island Economic Development Corporation headquarters, in Providence, R.I. Wells Fargo Securities has agreed to pay an $800,000 civil penalty to settle a U.S. Securities and Exchange Commission lawsuit over Rhode Island's failed $75 million deal with Schilling's 38 Studios video game company. Wells Fargo and the SEC announced the proposed settlement in filings with the U.S. District Court in Providence on Monday, March 18,2019. A federal judge must approve it. (AP Photo/Steven Senne, File)

The order entered Wednesday in U.S. District Court in Providence brings the yearslong legal battle over 38 Studios close to an end, although it’s not completely over. A Wells Fargo employee who was the lead banker on the 38 Studios deal is the final remaining defendant, and plans to fight the case, his lawyer said.

Wells Fargo did not admit or deny wrongdoing under terms of the judgment.

“We look forward to putting the matter behind us,” Wells Fargo spokeswoman Ann Marie McDonald said.

The SEC lawsuit also accuses Peter Cannava, a Wells Fargo banker, of wrongdoing including failing to disclose that 38 Studios needed at least $75 million but would receive only $50 million of proceeds from the offering, leaving a gap of $25 million.

His lawyer, Brian Kelly, said he planned to file a motion by the end of the month asking the court to dismiss the two claims against Cannava, who he said did nothing wrong.

“The company chose to settle. He chooses to fight,” Kelly said.