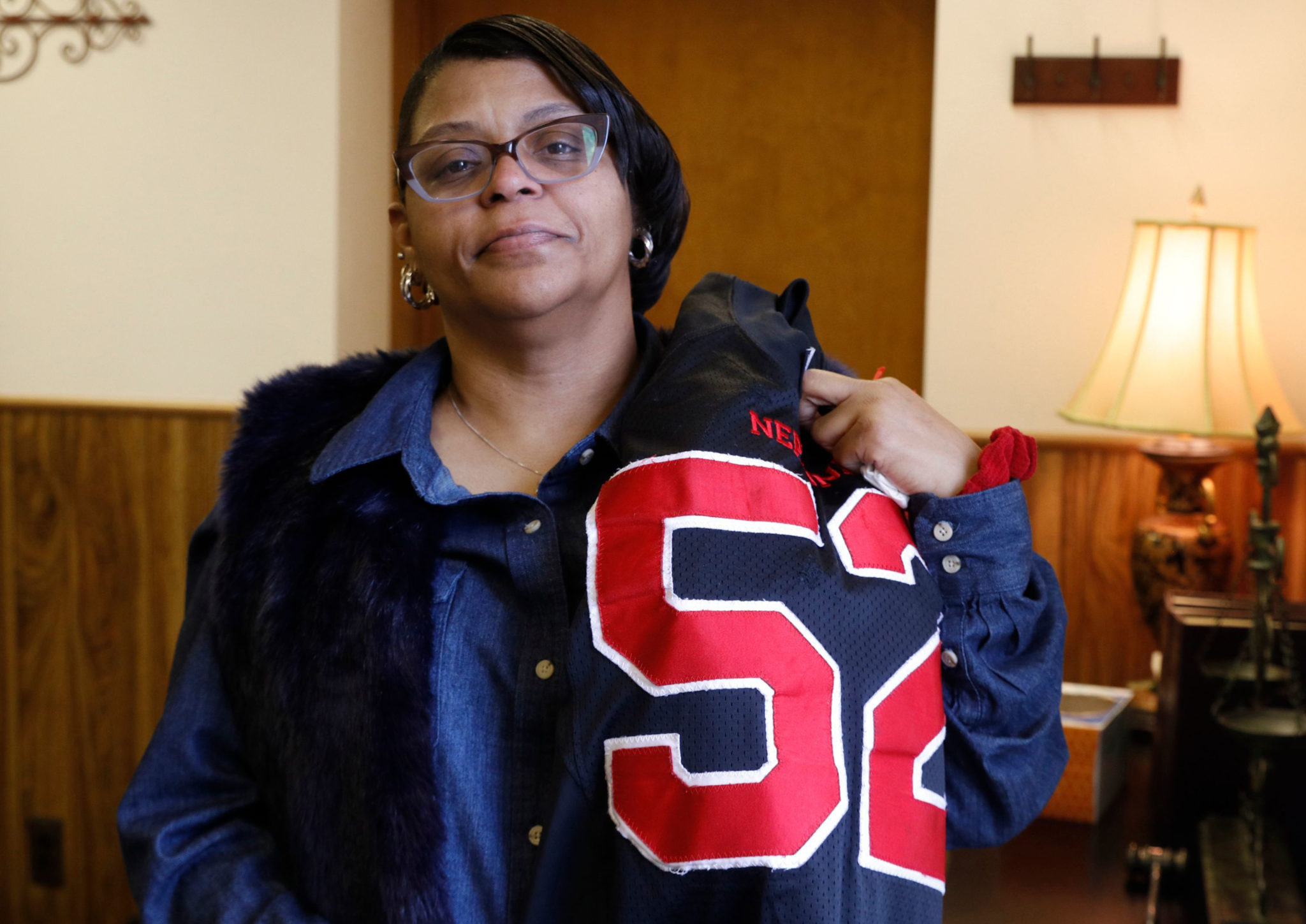 In this Feb. 13, 2019 photo, JoAnne Atkins-Ingram drapes her son's old Neptune High School football jersey over her shoulder in her attorney's office in Avon-by-the-Sea, N.J. Her 19-year-old son, Braeden Bradforth, died in August 2018 about an hour and a half after football practice at Garden City Community College in Garden City, Kan. New Jersey's U.S. House delegation is seeking an independent investigation into Bradforth's death. (Doug Hood/The Asbury Park Press via AP)

Bradforth, who was a defensive lineman from Neptune High School, died in August about an hour and a half after practice. An autopsy report from December blamed his death on exertional heatstroke.

School administrators said last year they were conducting an internal review of the circumstances of his death.

Messages seeking comment have been left with the college.

New Jersey’s representatives — 11 Democrats and one Republican — say the probe should at least review health and safety practices at the school.

“Most regrettably, the Bradforth family’s tragedy is not the first of its kind. Exertional heat stroke is one of the top three causes of sudden death in athletes, yet it is preventable,” the lawmakers wrote.

Bradforth was found unconscious by an athletic trainer outside his dorm room Aug. 1. He died that night at a hospital.

Bradforth is the second Garden City football player to die in two years. Sean Callahan, 19, a sophomore offensive lineman, died at a home in Kismet, Kansas, in May 2017 of what a sheriff’s office called natural causes.