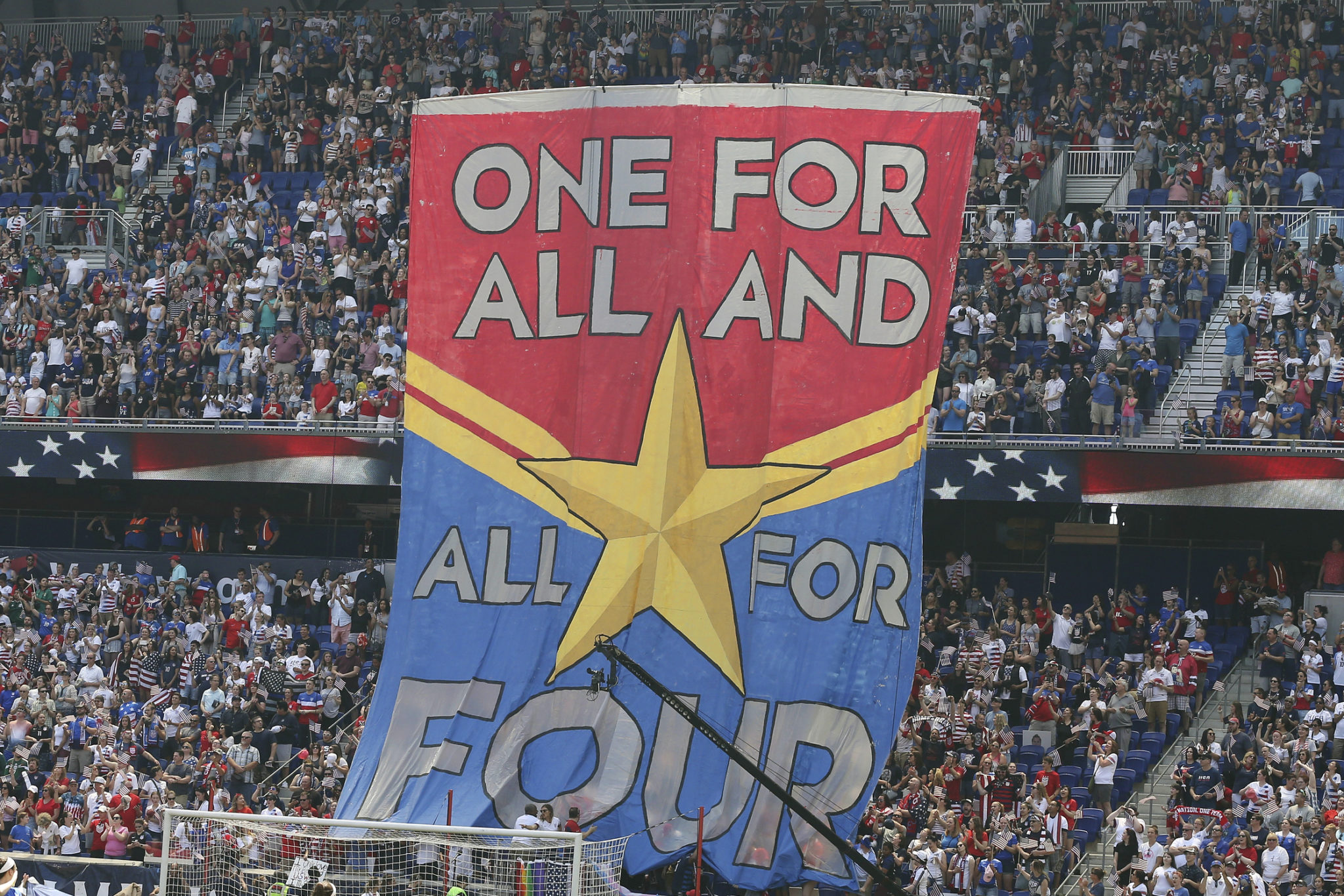 PARIS (AP) — Seizing on the once in every four years spectacle, teams at the Women’s World Cup are hoping that the attention the sport will get in France will bring about change at home.

But it’s not just about soccer. It’s about respect.

For the defending champion U.S. women’s team, that means a focus on the players’ fight for equitable pay. For Australia, that means increased prize money for the most prestigious tournament in women’s soccer. And for Jamaica, it means more support for the athletes from a federation that let the team go unfunded, and as a result, dormant, for years.

“It certainly is a platform. It’s the biggest stage that we have,” Megan Rapinoe said while discussing the U.S. team’s ongoing fight. “It’s a balance, though, because first and foremost, I think we have this platform and it’s as big as it has been because we’ve been so successful, and on the biggest stages we’ve been successful.”

The U.S. is the defending champion and a three-time winner of the World Cup, which kicks off Friday in Paris. Twenty-four teams will crisscross France over the next month, with the winner decided in Lyon on July 7.

Jamaica, the first Caribbean nation to qualify for a Women’s World Cup, is among those teams. The Reggae Girlz want to change the perception of the women’s game in a nation that traditionally hasn’t valued it: Funding was cut when the team didn’t qualify for the 2008 Olympics. The team was revived just five years ago.

Like many teams in the region, Jamaica’s women have struggled for basic support, even equipment. There’s been little or no compensation for players.

Coach Hue Menzies said the team’s first-ever appearance in the World Cup is “actually a cause.”

“We want to make an impact socially,” Menzies said.

The Americans are largely seen as the leaders when it comes to tackling equity issues — using their status as the top-ranked team in the world. Players have filed a federal lawsuit that accuses the U.S. Soccer federation of discrimination and seeks compensation that’s equitable with compensation for the men’s national team.

“I think we have so much further to go, but I think we’re at that point right now where, for women’s soccer and for this tournament, it’s, ‘How much can we push this and raise this further? How much more can we get the neutral fan to become the die-hard fan?’ Can we get the investors to go from ‘Maybe we’ll invest in this,’ to ‘We’re absolutely investing in this because we see this as an untapped marketplace?’ So I think this is kind of a critical point for us where we can really take some strides that maybe we wouldn’t be able to in a non-World Cup year,” Sauerbrunn said.

U.S. coach Jill Ellis was the first to declare that video review should be used at the Women’s World Cup after it was used for the first time in 2018 for the men’s tournament in Russia. Ellis has also criticized FIFA, soccer’s international governing body, for scheduling the finals for the CONCACAF Gold Cup and the Copa America on the same day as the World Cup championship game.

Other teams have followed America’s lead. Australia and Ireland are among the teams that have waged successful campaigns for better pay and conditions. The Dutch soccer federation, the KNVB, said this week that it would raise the compensation for the women’s team to equal that of the men’s by 2023.

Australia has undertaken a campaign to protest the prize money pool. The country’s players’ association is calling on FIFA to bring the women’s prize up to equal the men’s.

Prize money for the tournament in France is $30 million, with $4 million going to the champion. That’s double the prize money that was awarded for the 2015 World Cup in Canada.

FIFPro, the international players union, said this week that FIFA has agreed to start negotiating better conditions for women’s national team players after the World Cup. The union is “determined to making real and lasting progress on behalf of them,” FIFPro said.

But progress in many countries will only come with dedicated funding.

“There are a lot of questions among players from Latin America about how the federations are spending the money that comes from FIFA for women’s football. Is it really going to women’s football, or is it going to young male players? So we’re not talking about contracts yet, we’re not talking about equal play, because we have a situation and a landscape that is more vulnerable, miles apart,” said FIFPro board member Camila Garcia Perez. “It’s different than you would even imagine in the U.S., or Denmark, or Sweden.”

Last fall, FIFA introduced its global strategy for women’s soccer, designed to grow the game. But the plan has been criticized because it’s unclear how much money the organization is putting into the effort.

FIFA wants to see women’s participation in the sport double to 60 million worldwide by 2026. A key component will be insuring all associations have comprehensive women’s plans in place by 2022.

“I really believe that a lot of the issues that exist, especially in the more developing countries, if we are able to really commercialize the women’s game at the top end, a lot of those challenges and barriers will start to come away in the more developing countries as well,” Bareman said. “So we’re putting a big focus, particularly this summer in France, around promotion, proactive communication, raising the profile of our players, really doing as much as we can to get as many eyeballs onto the games.”