GoFundMe donations spike for SFA player after upset of Duke 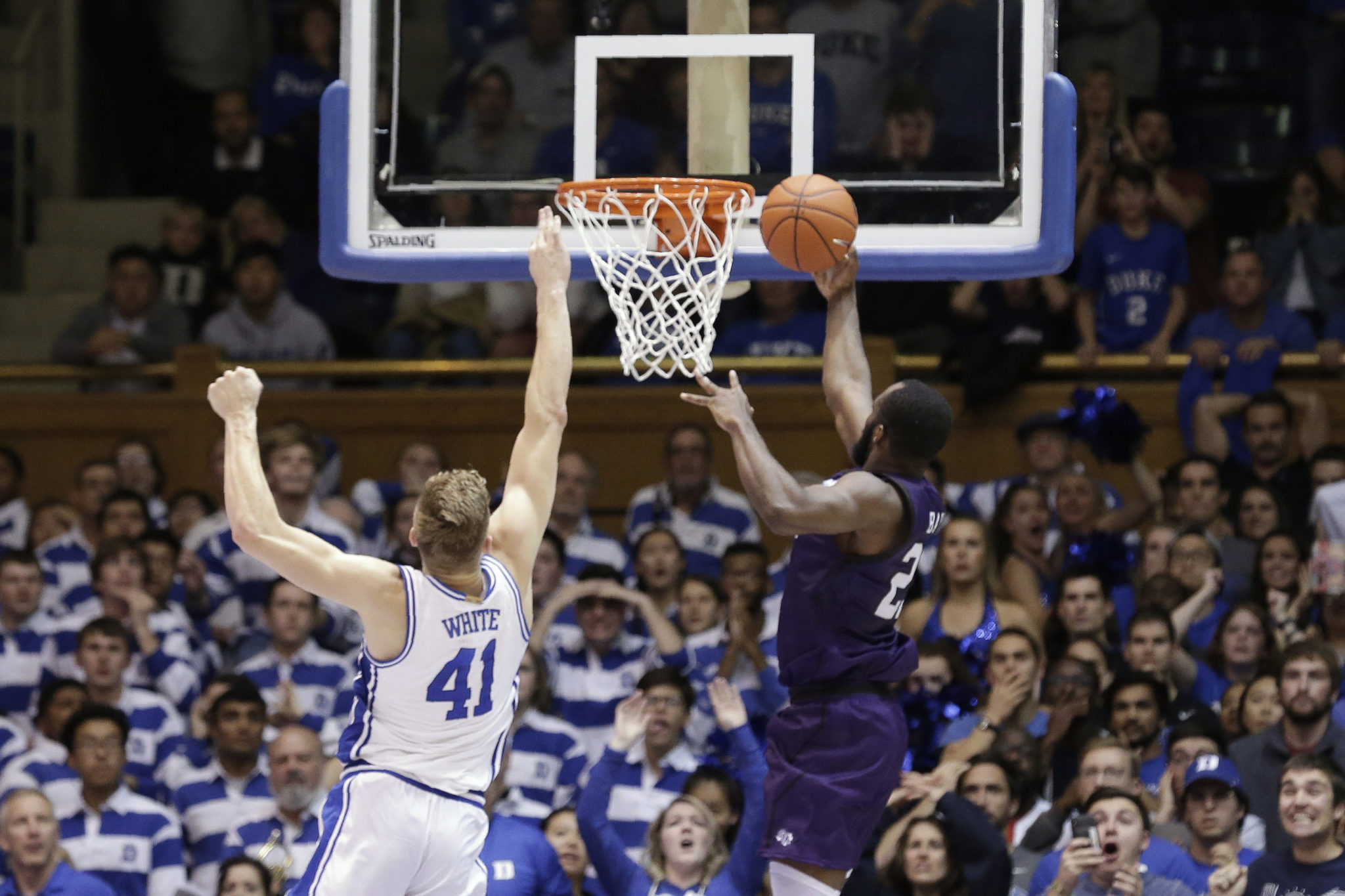 The biggest winner in the aftermath of Stephen F. Austin’s shocking upset of No. 1 Duke might be the fundraising effort for the family of the player who hit the game-winning layup.

A thankful Nathan Bain was still in “disbelief” Wednesday — about the contributions more than his clutch basket.

Since the end of the game, the two-month-old GoFundMe page set up to help Bain’s family in the Bahamas rebuild from Hurricane Dorian damage had raised $88,281 and counting shortly after 7 p.m. EST Wednesday. It’s a massive spike from the roughly $2,000 it had raised before Tuesday night’s stunning result became the talk of college basketball.

To put that number in perspective, the fundraiser generated more in donations in less than 24 hours after the game than Stephen F. Austin pocketed from Duke for coming to Cameron Indoor Stadium and playing the game in the first place. SFA’s guarantee from the game was $85,000, a school spokesman said.


Bain said Wednesday the donation totals had “skyrocketed” when he checked the website several times after the game.

“I was just in disbelief at what basketball had done for my family,” the 6-foot-6, fifth-year senior guard told the Associated Press by phone. “It was truly a blessing.”

GoFundMe spokeswoman Aja Shepherd said the Bain family site was the second-most popular campaign Wednesday — surpassed only by one for victims of an earthquake in Albania that had killed at least 30 and injured more than 650 — with more than 1,500 donors from all 50 states giving an average of $36.

“I want them to know how much … we appreciate it, and how thankful we are that we’re alive,” Bain’s father, Norris Bain, a minister, told the AP. “As bad as it is, it could have been a lot worse.”

Norris Bain said the storm left more than 10 feet of water in the family’s single-story home in Freeport, Grand Bahama, and the house was “totally gutted” with none of their possessions recoverable.

The church he runs, the Tabernacle Baptist Church, had 5 feet of water inside and its affiliated K-12 school with an enrollment of about 800 had 4 feet of water and a hole in the roof caused by the Category 5 storm that hit the islands.

He said the roof has been fixed and enough repairs have been made to reopen the school, but among other issues, the phone system has not been fully repaired.

Dorian hammered the northern Abaco and Grand Bahama islands before giving a glancing blow to the southeastern United States. There were 67 confirmed deaths and 282 people were still missing as of late October along with $3.4 billion in losses for the Bahamas, according to a recent report.

Bain scored on a breakaway layup just before the overtime buzzer to give the Nacogdoches, Texas-based school an 85-83 victory that sent shock waves through the sport, ending the Blue Devils’ 150-game winning streak at Cameron against nonconference opponents — a run that extended nearly 20 years.

The upset that put the spotlight on the post-Dorian relief efforts came the night before the Battle 4 Atlantis tournament was to tip off in Paradise Island, Bahamas. Participants in the eight-team tournament — which includes No. 6 North Carolina and No. 13 Seton Hall — are assisting recovery efforts, with UNC senior Brandon Robinson leading a donation drive and Seton Hall raising money for hurricane relief.

Meanwhile, roughly 12 hours after pulling off the memorable upset against overwhelming odds, the Lumberjacks were back in East Texas on Wednesday morning distributing meals to the homeless for Thanksgiving — a project that was pre-planned, no matter the outcome at Duke.

“We have so much that the school gives us,” Bain said, “it’s only right that we give something back.”