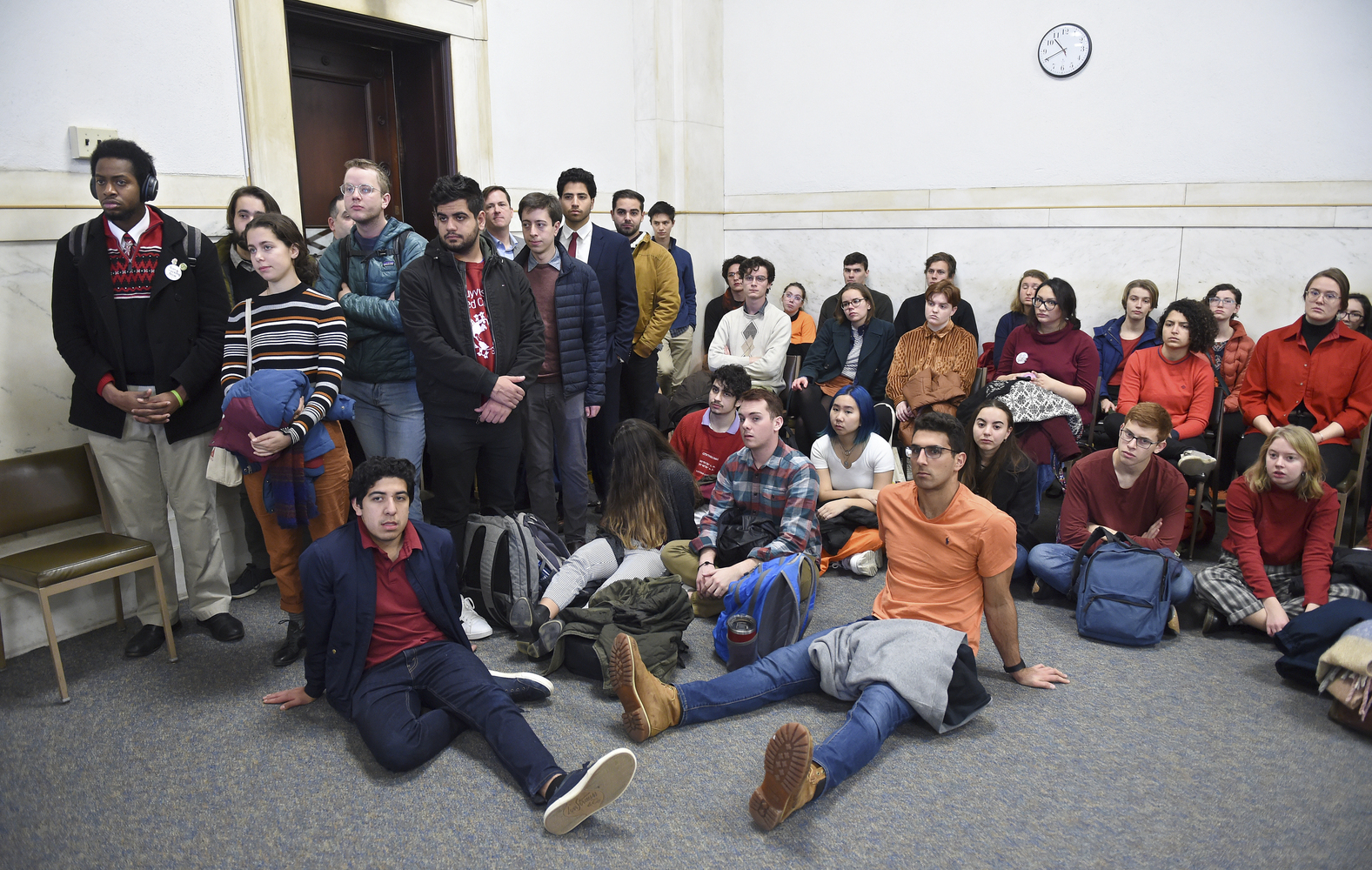 Students from Harvard and Yale universities, along with others who staged a climate change protest on the field during last month’s football game between the Ivy League schools, were sentenced Friday to perform community service.

If those conditions are met the charges will be dropped, the judge said.

Many participated in a climate change protest on the courthouse steps after their court appearances.

Students and alumni from both schools occupied the midfield of the Yale Bowl during halftime. Some held banners urging their colleges to act on climate change. Other signs referred to Puerto Rican debt relief and China’s treatment of Uighurs.


“The whole protest was based on the idea that we are in a climate crisis,” Caleb Schwartz, 22, of Tarrytown, New York, and a senior at Harvard, told the Hartford Courant outside court. “We chose the game to make a high-profile statement.”

“I am really scared about what climate change means for my future,” Nora Heaphy, a student with the Yale Endowment Justice Coalition, told the New Haven Register. “We have tried every other opportunity to make our voices heard, and we knew this was an incredible opportunity and a moment we needed to seize.”

Hugh Keefe, an attorney for the students, called them great kids.

“They are trying to help the world avoid a catastrophe,” he said. “They sense to some degree it’s too late, but they want to do something dramatic to save the planet.”

The Ivy League in a statement the day of the game called the protest “regrettable.”

Yale went on to beat Harvard 50-43 in two overtimes in the 136th meeting between the elite universities, clinching the Ivy League championship.