Clelin Ferrell wants you to pronounce his name correctly 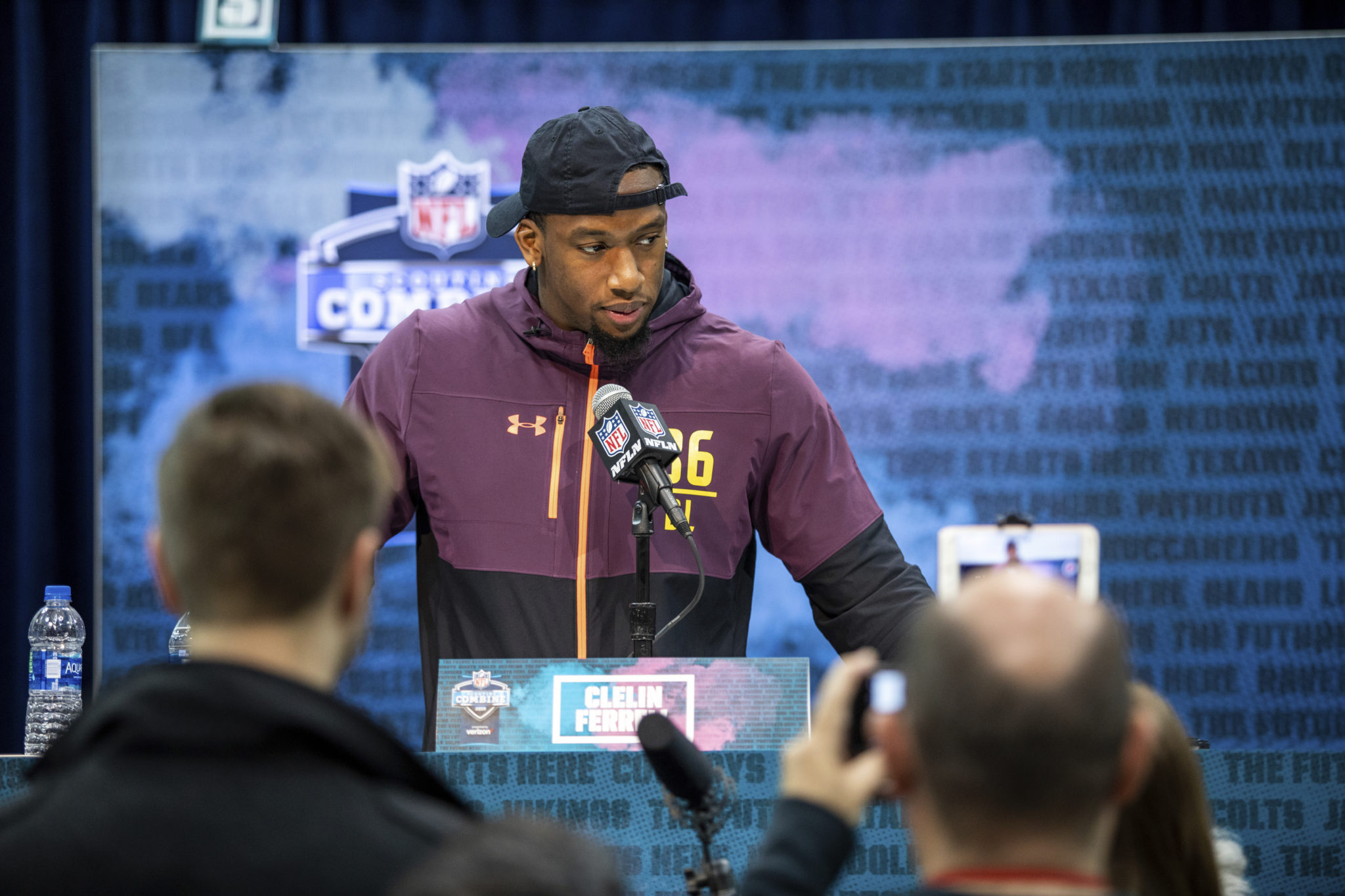 Clemson edge rusher Clelin Ferrell is using this chance to correct mispronunciations of his name. It has a long E sound (pronounced CLEE-lihn) as in Cleveland without the v and the d.

So, whenever anyone addressed him at the combine as Cleh-lihn with a short vowel, he made a point to correct them in a friendly way.

“Not trying to be a (jerk), but I take a lot of pride in it,” said Ferrell. “I want to kind of change the narrative. I get it, it is spelled like Clelin with a lowercase e, but hopefully if I keep playing well, more people will really learn it and I won’t have to do that anymore.”

People garble his name all the time, and he never lets it slide, he said, “just in case we meet again and we become really good friends, I just tell them right off the bat how to pronounce it.”

All with a lone but long E.

“I don’t know if this is true or not, but my sister Cleta told me that my dad’s great uncle, his name was Cleofis and they were considering naming me Cleofis,” Ferrell said. “So, thank God they didn’t name me that.”

Ferrell might very well hear his name called in the first round of the NFL draft in Nashville on April 25, and he certainly hopes he won’t have to go on stage and correct commissioner Roger Goodell.

Ferrell teamed up with Austin Bryant, Dexter Lawrence, and Christian Wilkins to form one of the best D-lines in college football history, and Ferrell said he believes being surrounded by such talent will smooth his adjustment to the NFL.

“There’s not a lot of plays to go around out there when you’re playing with guys like that, so it really taught me the mentality of not taking any plays off, learning to really push and fight every play,” Ferrell said.

A year after five quarterbacks were selected in the first round of the draft, led by No. 1 overall pick Baker Mayfield, it’s the guys rushing the passer from the edge and pushing the pocket from the interior who are all the rage in this year’s draft class .

Asked if he thinks he can have an immediate impact like Joey Bosa or Bradley Chubb did as rookies, Ferrell said, “I’m not going to say I’m going to come in and tear the league up, but I know what type of player I can become. … I’m going to compete, work hard and try to earn the respect of my team and try to bring a championship wherever I go play.”

That would certainly make him a household name.

Before he walked away from the podium, somebody asked him about his go-to pass rush move on third-and-long.

“It’s CLEE-lihn, by the way,” Ferrell corrected. “You said Cleh-lihn.”

VIDEO: This might be one of the craziest kick returns ever