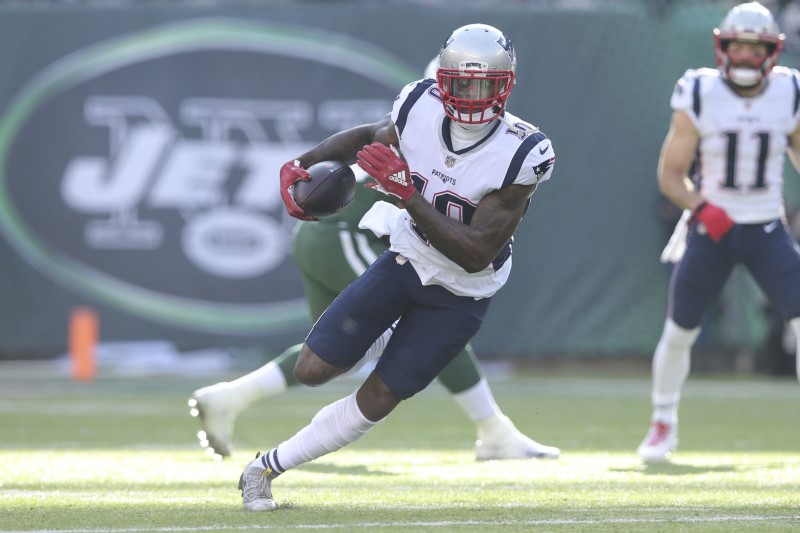 Josh Gordon received a signal of commitment from the New England Patriots.

According to reports, the rehabbing and suspended wide receiver was given a second-round restricted free agent tender by the Patriots, who would receive a draft pick in that round if another team signs Gordon.

Gordon thanked the Patriots in an Instagram post that featured Gordon, wide receiver Julian Edelman and quarterback Tom Brady. In the post, he shared the John F. Kennedy quote “Do not pray for easy lives. Pray to be stronger men.”

Brady liked the post and commented “You got that right @flash.”

Patriots owner Robert Kraft said in January that the Patriots are doing their best to help and support Gordon while he deals with off-field issues.

Gordon, acquired from the Cleveland Browns, caught 40 passes and scored three touchdowns in 11 total games with the team this season before another indefinite suspension for substance abuse violations on Dec. 20.

The 27-year-old had missed 43 of a possible 48 games in Cleveland’s previous three seasons prior to the start of the 2018 season.

“Unfortunately, people like that need mentoring at a young age, but when it becomes addiction, addiction is something that is way beyond our… We gave him tremendous support on a daily basis, and he was worthy. But I think we as a society have to try to help these young people not to get addicted in the first place. And that’s the sad part of this. He’s a good guy — a really good guy. It makes us sad.”

Jonathan Kraft was sympathetic to Gordon’s situation but would not say if he’d get another chance in New England.

“You get exposed to it in a whole different way when you come from where Josh Gordon came from. He is a very good kid,” he said.