Stellino: A pair of signature Starr moments that are often forgotten 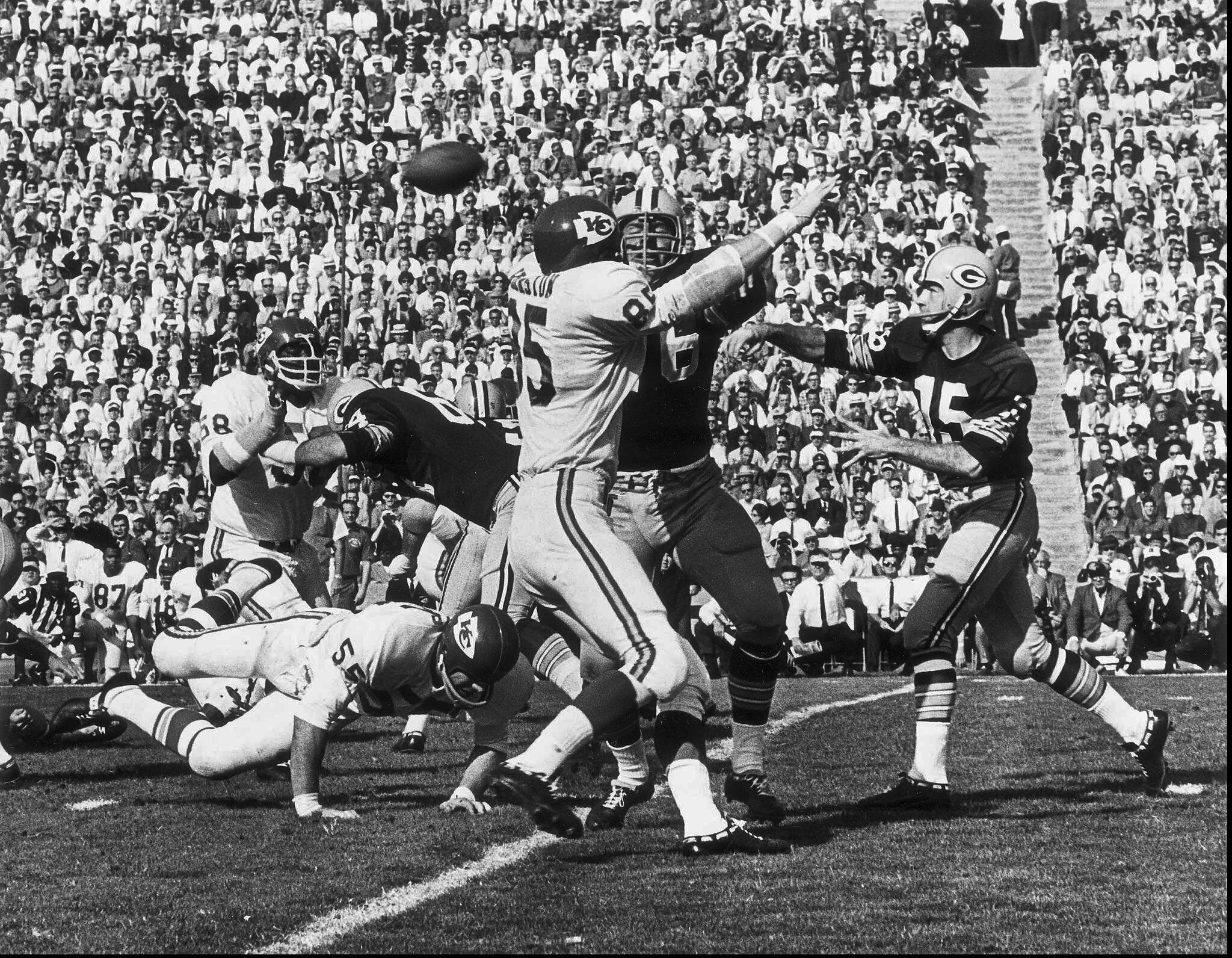 Bart Starr, who died Sunday at age 85, proved that.

When Vince Lombardi got to Green Bay in 1959, he thought Starr had the physical tools after watching films, but he wondered whether Starr was too nice a guy to be his quarterback.

It didn’t take Starr long to prove that even though he was a nice guy, he had the toughness to be his quarterback.

He did it by standing up to Lombardi after the tough coach chewed him out on the field in practice.

Starr requested a meeting with Lombardi in his office and said he couldn’t be a leader if he was being chewed out in front of his teammates. He said Lombardi could chew him out in private all he wanted.

Lombardi changed his approach and Starr went on to win five championships.

Contrast that with the style of Bill Belichick, who calls out Tom Brady in front of his teammates in team meetings. Of course, it works for Belichick and Brady. But Starr standing up to Lombardi showed he could be a team leader.

He also showed how tough he was when he endured all the beatings quarterbacks got that were typical of his day with hits that are now illegal.

Jerry Kramer recalled how Bill George of the Chicago Bears split his lip with a late hit and blood was gushing over his uniform. Starr reacted by telling George that they were coming after him. And when Kramer said he needed to be stitched up, he said shut up and get back in the huddle.

That was a Bart Starr, a nice guy off the field but a tough guy on it.

Of course, his signature moment was the late drive in the Ice Bowl. Everybody remembers his quarterback sneak on third down to win the game, but the whole drive was his masterpiece.

Here is the scene: They were trailing 17-14 with 4:50 left on their 32. The conditions were impossible. It was minus 13 at kickoff but much colder by then. And there was no Paul Hornung or Jim Taylor. The running backs were Chuck Mercein and Donny Anderson.

He started the drive with a six yard dump off to Anderson when the receivers were covered followed by a seven-yard sweep by Mercein and a 13-yard pass to Boyd Dowler, who left the game when his head hit the frozen ground when he was tackled.

They then lost nine yards when Anderson, on a halfback option, was thrown for a loss.

That was followed by dump off passes to Anderson for 12 and nine yards and then a pass to Mercein to the 11. He was taking what the defense gave him and they called time out with 1:11 left to stop the clock.

Then he made the call of the game and his career although it wasn’t even mentioned in most of the tributes about him and the AP story got it wrong, saying Mercein ran eight yards after tackle Bob Skoronski opened the hole.

What really happened is that Starr called a sucker play. Guard Gale Gillingham pulled and the Dallas Hall of Fame tackle Bob Lilly quickly ran to his right, thinking Gillingham was leading a sweep.

Instead, Mercein went straight ahead for eight yards in the hale Lilly left open. Skoronski did block end George Andrie but Lilly following Gillingham made the play work. If Lilly hadn’t followed Gillingham, he could have stopped Mercein for no gain or a loss.

You know the rest of the story. Anderson ran two yards for a first down to the one but then slipped on the ice two plays in a row and was stopped both times a yard short.

Starr than called time out with 16 seconds left on third down. If they ran the ball and didn’t make it, they would lose because they were out of time outs and wouldn’t have had time to run another play. They could have kicked a field goal to send the game into overtime or threw a pass and had time for another play if it was incomplete.

Instead, Starr told Lombardi he could run a quarterback sneak because the he could keep his footing. Lombardi famously said run it and let’s get the hell out of it although Starr didn’t even tell Lombardi what he was planning.

He didn’t tell his teammates he was going to keep it. He called a wedge play to Mercein with Kramer and Ken Bowman blocking.

They made the block, Starr scored, and the rest is history.

CBS ran the replay so often that Kramer called his book “Instant Replay.”

The Packers went on to beat Oakland to win their second consecutive Super Bowl and third overall title in a row, a feat only matched by the Green Bay teams of 1929-30-31 in the days before the NFL had a title game.

The rest of Starr’s life was not all seashells and balloons. Lombardi retired and Starr didn’t win another title and retired at 37.

He had a failed nine-year tenure as the Packers head coach and had a son die of a drug overdose and had health problems in his later years as he suffered two strokes and a heart attack and suffered an illness that robbed his memory of the Ice Bowl.

The interesting thing is that Starr probably is underrated or overlooked in the discussion of the great quarterbacks. He was overshadowed in his day by John Unitas and modern-day observers talk about Brady and Joe Montana, Peyton Manning, who only won two titles, and even Joe Marino, who never won a title.

I think he suffers from the Terry Bradshaw syndrome. He played with so many great players in a running era and that he is not appreciated for how good he is. The drive in the Ice Bowl was quarterbacking at its best. And he it it with Mercein and Anderson — not Hornung and Taylor — as his running backs and his best receiver, Dowler, was knocked out during the drive.

He also played a role in helping the NFL mushroom in popularity in the 1960s and he will always be remembered for the quarterback sneak that won the Ice Bowl.

Even if he should also be remembered more for standing up to Lombardi and for the sucker play call in the Ice Bowl.