Stellino: Carson Wentz has much to prove and much at stake 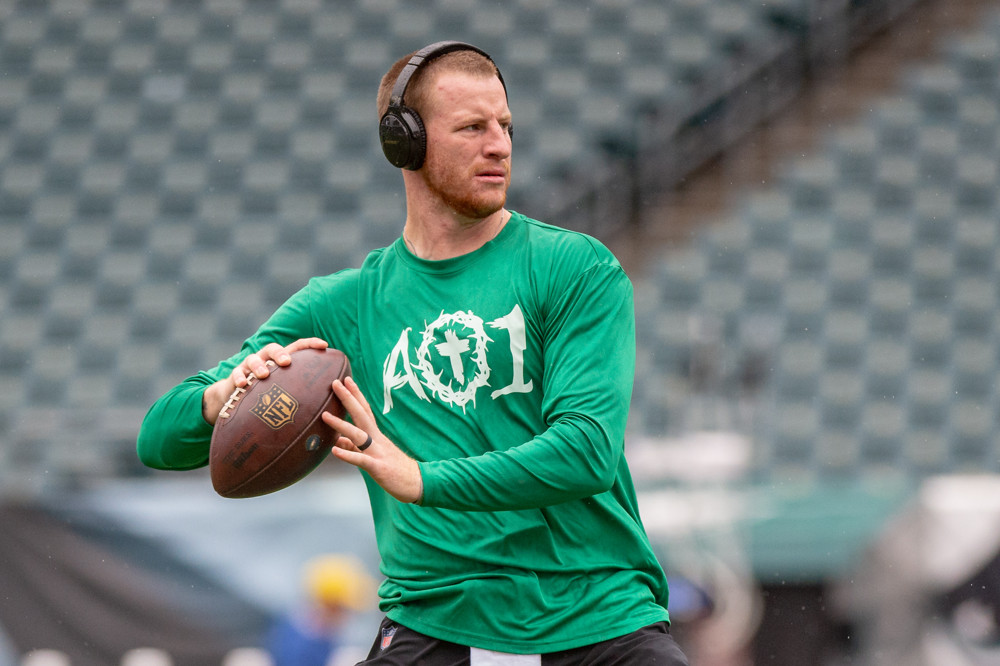 Is there any good player in the NFL with more to prove this year than Carson Wentz?

The Philadelphia Eagles lost their quarterback safety net when they gave Nick Foles his freedom after he paid them $2 million at the end of last season.

Foles deserved a chance to have his own team after bailing the Eagles out two years in a row after Wentz went down with back-to-back season ending injuries.

Two years ago, Foles became the first backup since Jeff Rutledge did it in 1990 to replace the starter late in the season and win the Super Bowl.

Last year, he took them to the playoffs and probably came within a dropped pass of going to the NFC title game.

Now that Foles has signed a four-year $88 million deal with the Jaguars, the Eagles have to question their “Plan B” behind Wentz. There is no Foles waiting in the wings.

The backup currently is fourth year quarterback Nate Sudfield, who is familiar with the offense as he begins his third year with the Eagles but has thrown just 25 NFL passes.

He was a sixth-round pick by the Redskins in 2016, didn’t play as a rookie and was waived at the end of the 2017 training camp.

The Eagles signed him as a third stringer and put a second-round restricted tag on him to keep him this year, but nobody knows what would happen if Wentz is hurt again and he’s thrown into the fray.

They also added Cody Kessler, who made four starts in Jacksonville last year when Blake Bortles was injured and was so ineffective that he was benched for Bortles. And they have rookie Clayton Thomas.

So, it is pretty much Wentz or bust this year. The good news is that this is his second year after undergoing ACL and LCL surgery and it often takes two years for a player to recover from a torn ACL.

And last year he suffered a stress fracture in his back. Coach Doug Peterson announced Tuesday before the start of OTAs that there will be no limitations on Wentz’ participation.

The OTAs will be the start of Wentz’ bid to prove to the Eagles and the NFL that he can once again be the quarterback he was before he suffered the knee injuries in 2017.

If he gets hurt again or if he fails to take the Eagles to the playoffs, the critics will say that the team made a mistake in letting Foles go.

The reality is that Wentz is their franchise quarterback and it would have been unfair to ask Foles to return as the backup for another year.

Giving Wentz a chance to prove himself and show he is not injury prone was the logical thing to do.

Another thing at stake for Wentz is proving he’s worthy of a big contract extension.

Wentz goes into the season at the crossroads of his career and the evaluation starts Tuesday with the first OTA. He will remain in the spotlight all year long.