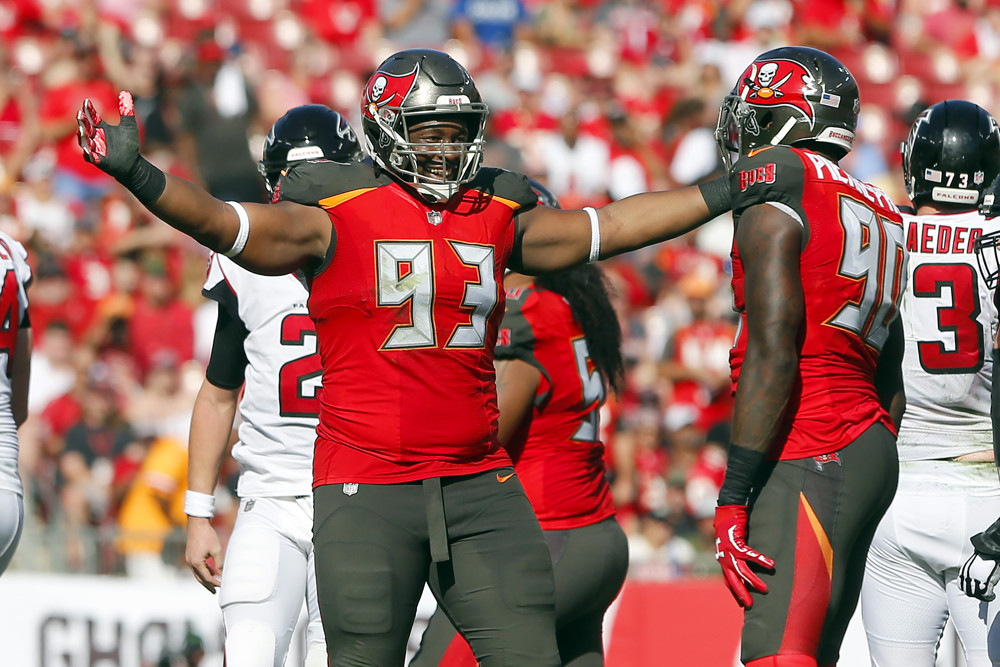 The careers of defensive tackles Ndamukong Suh and Gerald McCoy have intersected one more time.

In the 2010 draft, the Rams—then in St. Louis – made quarterback Sam Bradford the first pick.

His selection was followed by the Lions taking Suh with the second pick and the Bucs, picking third, taking McCoy.

Both have been very good players but have had different styles. McCoy was noted for helping quarterbacks up after sacking them. Suh once stomped on then Packer guard Even Smith during a Thanksgiving Day game and got a two-game suspension.

McCoy made six Pro Bowls, was first team All Pro three years in a row from 2012 to 2014 and had 53.5 sacks. He got a $63 million deal as a rookie in the last year before the 2011 bargaining agreement limited rookie salaries.

Suh made five Pro Bowls, was All Pro three times and had 56 sacks. He got a $68 million deal as a rookie.

But while McCoy played nine years with the Bucs, Suh played with three teams his first nine years – the Lions, Dolphins and Rams.

And now nine years later, the Bucs have virtually traded McCoy for Suh. It was one of the more interesting decisions in the NFL this offseason.

The Bucs cut McCoy and his $13 million salary and signed Suh for $10 million.

Meanwhile, McCoy hasn’t found a new team yet and it will be interesting to see if he will find another team to pay him $10 million to match what Suh got.

The Bucs made the move because new coach Bruce Arians said McCoy is not the dominant player he once was.

That is probably true, but is he better than Suh, who has been involved in more than his share of on and off the field incidents?

According to Pro Football Focus, Suh grades out as a better run defender while they are similar in other categories like quarterback hits and sacks and pressures.

McCoy gave the Bucs a gracious goodbye with a two-minute video on Instagram.

“Starting with the Glazer family,” he said. “You guys changed my life forever, making me a Buccaneer. I grew up a Buccaneer fan, a Warren Sapp fan, and just loving the organization. You all change my family’s life forever. I’m forever grateful or that.”

He even vowed to retire as a Buc.

McCoy declined to take a pay cut because he wants to go to a team that has a chance to win the Super Bowl if the Bucs weren’t going to honor his contract. Suh made it last year with the Rams, although they lost, and will now be playing with his third team in three years.

The question for the Bucs is whether McCoy’s leadership as a staple of the organization for a decade was worth paying him $3 million more than what they gave Suh.

The Bucs decided McCoy wasn’t worth the extra money despite his leadership qualities and his long history with the team.

Considering Suh’s controversial past, they may have turned out to have made the wrong move.