Stellino: Has Elway finally found the right quarterbacks in Denver? 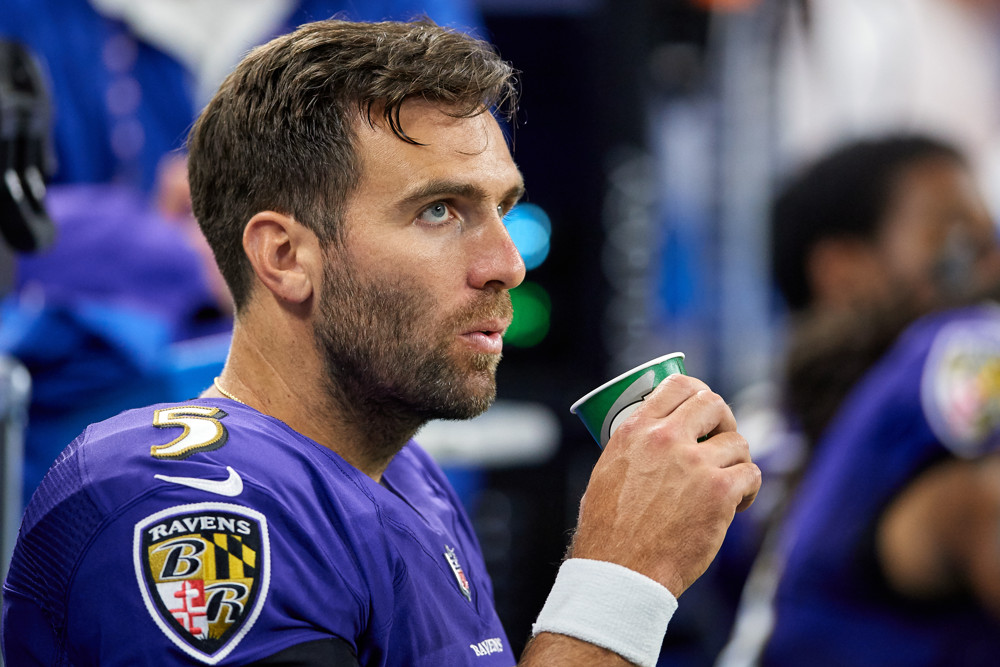 FILE: Baltimore Ravens quarterback Joe Flacco looks on in action during the preseason NFL game between the Indianapolis Colts and the Baltimore Ravens on August 20, 2018. (Photo by Robin Alam/Icon Sportswire)

Joe Flacco got some flak when he was asked recently if he planned to mentor rookie quarterback Drew Lock.

“I don’t look at that as my job,’’ he said and added he was brought to Denver to win games and that was his focus.

Even Flacco seems to realize it might not be the politically correct thing to say, even though it’s the truth.

It is not being selfish to focus on keeping his job. After all, Flacco lost his spot in Baltimore to rookie Lamar Jackson after getting hurt last year.

Flacco wants to hang on to this job.

But there is a much larger question to be asked about the Broncos quarterback situation. Did John Elway finally get it right by trading for Flacco and drafting Lock after floundering in his attempt to replace Peyton Manning?

As a Hall of Fame quarterback, you would think Elway would be a good judge of QB talent, but except for signing Manning, he has not had the Midas touch.

Elway’s Broncos are now starting a new quarterback for the third year in a row.

In the Broncos’ first season without Manning in 2016, Trevor Siemian, a 2015 seventh round pick, started 14 games with an 84.6 quarterback rating as the Broncos went 9-7.

That earned Siemian the starting role in 2017, but he was benched in Week 9. He later returned as the Broncos also used both Brock Osweiler, a second-round pick in 2012 who left the team after the 2015 season and then returned, and Payton Lynch, a first-round pick in 2016, and wound up going 5-11.

Elway then decided it was time to start over and signed Case Keenum, who led the Vikings to the playoffs the previous season, but the team went 6-10 and the decision was made to start over again with Flacco and Lock.

The team has now invested two second round picks (Osweiler and Lock) and a first (Lynch) while searching for a quarterback.

Elway gave Baltimore a fourth-round pick for Flacco without waiting for Nick Foles to become available. And he declined to trade up on the first round for Dwayne Haskins, who went to Washington.

On paper, it looks good. Flacco did once win a Super Bowl, although his play has declined in recent years. Presumably, he can be a short-term fix until Lock is ready to take over.

But what happens if Flacco doesn’t have much left in the tank and Lock turns out to be another miss?

Elway has a lot of job security because he is a Denver icon and the team is being run by a trust.

But the Broncos can only hope that their man got it right this time after going 9-7, 5-11 and 6-10 since Manning left.

It doesn’t help that the Broncos play in a division with a wunderkind in Kansas City’s Patrick Mahomes and an aging but still effective veteran in San Diego’s Philip Rivers.

The Broncos went 1-3 against those two teams last year and 1-1 against the Raiders. A 2-4 division record isn’t a ticket to the playoffs.

The real question for the Broncos isn’t whether Flacco will be doing any mentoring, but whether he’s good enough to take the Broncos to the playoffs this year.

If he is not, he could lose his job to a rookie for the second consecutive season.