Stellino: What’s up with Todd Gurley? 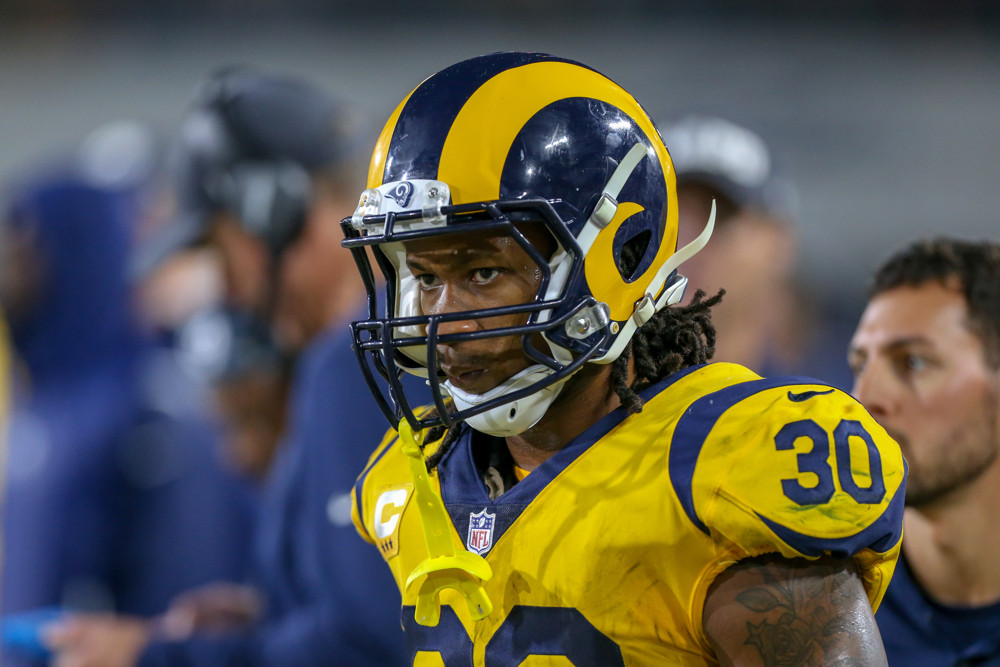 What’s up with Todd Gurley?

That has been the question ever since he missed the last two games of the regular season with an injured knee – the Rams called it an inflammation — and then carried only 16 times for 47 yards and a touchdown in the NFC title game and the Super Bowl.

His limited role seemed to indicate he was injured, but coach Sean McVay took the bullet and blamed his coaching for not getting Gurley more involved.

There was a report that he has arthritis in the knee, but who knows if that is accurate or whether it is a major problem.

We have the word from Eric Dickerson, who told TMZ that Gurley told him he is fine.

But would the Rams or Gurley admit he’s not fine if he’s not?

McVay didn’t provide much clarity at a press conference this week when he said Gurley isn’t participating in team drills during the offseason.

“That’s what we felt was best for Todd when Todd and I sat down and it’s been really good so far and we feel good about that,” McVay said.

“We’ve been pleased with Todd. He’s done some different things with Travelle Gaines (his private trainer) and some of those trainers,” McVay said. “But he’s also been here consistently pretty much every single day of the week and he’s been an active participant, following the program that we’ve implemented with him and we’re very pleased with where Todd’s at right now.”

If Gurley was already fine, why would he need this program?

McVay said their plan was to do what best suited getting Gurley ready for the regular season opener against the Panthers and “taking into consideration being ready for when training camp rolls around.”

Then there’s the question of whether the Rams need to – in the words of general manager Les Snead – “lessen the load” on the running back.

Gurley said last week that his knee felt “pretty good” and that surgery had never been considered.

Now the next question is whether he will be full go in training camp and ready for the regular season opener and how much of a load he would carry if he is ready.

We would have much more clarity if the Rams had been more upfront about the injury in the first place, but now we can only wait and see how big a factor he is in this year’s Rams offense.