Stellino: Ngakoue wants to get paid, but Jags hold the leverage 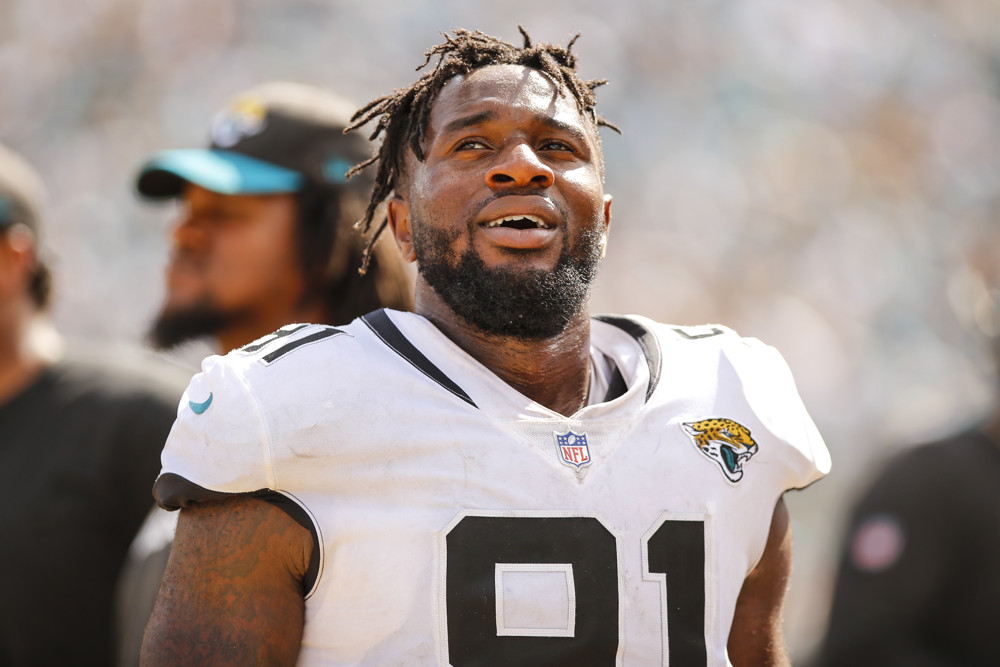 Thanks to two key provisions in the collective bargaining agreement, the Jaguars hold all the leverage in the contract talks with Yannick Ngakoue and can pretty much force him to play this year on their terms.

The question is whether they want to do that and have a disgruntled player on their hands and locker room full of players wondering why they didn’t give Ngakoue a new deal or overpay him to send a message that the Jaguars take care of their own.

The reason the Jaguars have all the leverage is that a player under contract must report 30 days prior to the first regular season game (Sept. 8) or the season won’t be counted towards getting him to free agency.

So, he can holdout at the start of camp but has to show up by early August or he is still a year away from free agency next year.

The second is that the Jaguars can put the franchise tag on him in 2020.

And while Nagkoue probably wants a deal in the five-year $105 million neighborhood that DeMarcus Lawrence and Frank Clark are living in, comparing their contracts to Nagkoue is like comparing apples and oranges.

Both those players were not under contract and free agents. Lawrence had played five years and Clark four and Clark had to get traded to Kansas City to get his payday.

Ngakoue, by contrast, has only played three years and isn’t a free agent. Despite his 29.5 sacks, he has made only one Pro Bowl (he didn’t make it last year after making it in 2017) and is not noted for being a great run defender.

On the other hand, the Jaguars aren’t noted for being prudent in managing the cap. Last year, they signed guard Andrew Norwell to a five-year $66.5 million deal only to have him wind up the season on IR and saying he let down his teammates. This year, he suffered another ankle injury in OTAs although it is not supposed to be serious.

And they signed Blake Bortles to a $54 million contract extension, and we all know how that worked out.

Tom Coughlin, who runs the show, says Bortles had earned that extension. It could be argued Nagkoue did too because he will be making only slightly more than $2 million in his rookie deal.

Overpaying Ngakoue wouldn’t be the worst thing they’ve ever done, it would eliminate a season long distraction for a front office that needs to win now.

But if the Jaguars do hold the line, does Nagkoue take less than $20 million a year this year to get long term security even though it won’t be what he wants? Or does he try to have another big year to help his negotiating position knowing in the back of his mind that he could suffer an injury that could cost him millions.

He changed agents a year ago and signed with the celebrity firm of Roc Nation, presumably because he thought they would get him a big deal. They got Todd Gurley a big contract extension after his third season last year. And then Gurley got hurt late last season and that would have hurt his leverage.

RELATED: It’s Time For The Jaguars to Pay Ngakoue

Meanwhile, neither side is commenting. Coach Doug Marrone said the contract questions should be directed to Coughlin and GM Dave Caldwell, who haven’t been made available to the media lately. Ari Nissim, a former Jets executive who is Roc Nation’s negotiator, told me he wasn’t commenting.

“I know what I’m worth,” Ngakoue said.

The reality is that the owners have a team-friendly CBA so it is up to the Jaguars to decide what he is worth.

And they may be right that a player still under contract isn’t worth what players like Lawrence and Clark got when they were free agents.

If Jaguars decide to play this year on the final year of his rookie deal, Ngakoue has to put his frustration behind him and aim for a Pro Bowl season to give him more leverage next year.

Even if they put the franchise tag on him next year, he doesn’t have to sign it and is free to hold out as long as he wants. He would then have a lot more leverage than he does right now.