Antonio Brown back with Raiders after absence for injured feet

Quarterback Derek Carr said Brown’s return brought extra life to the team and he believes the extensive time they spent together working in the off-season will help them get back up to speed quickly. 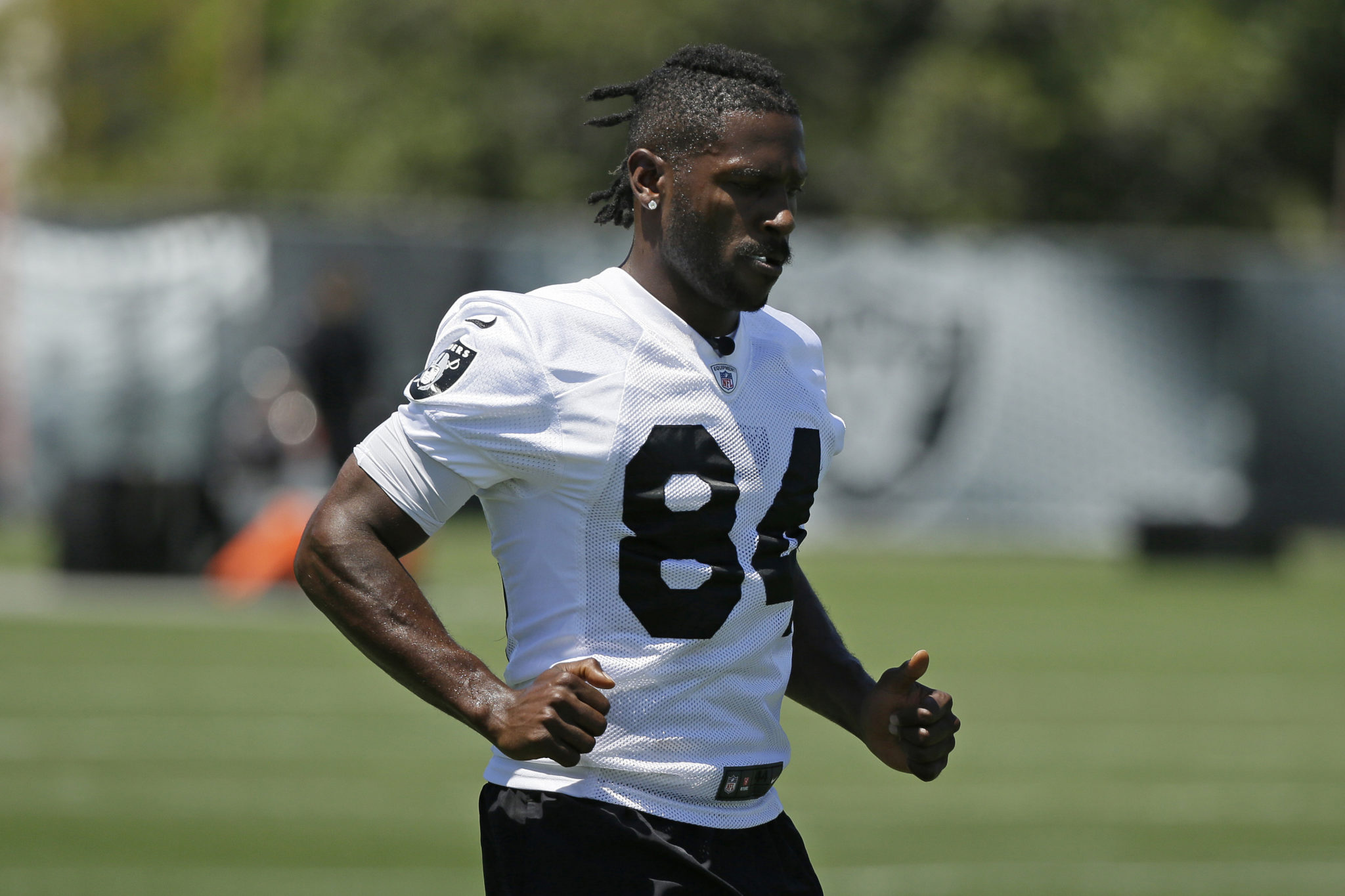 NAPA, Calif. — Antonio Brown walked onto the Oakland Raiders practice field in his familiar No. 84 jersey surrounded by cameras and received warm greetings from teammates.

His weeklong absence to deal with his frostbitten feet and a grievance with the NFL over the use of a helmet has ended and now he’s eager to get back on the field as soon as he can.

“I’m extremely grateful to be here,” Brown said during a short news conference Tuesday. “I’ve been dealing with a lot of adversity. I’m excited to be back and see my teammates and get in the groove of things.”

Brown has not participated in a full practice for the Raiders after starting training camp on the non-football injury list with injuries to his feet that reportedly came from frostbite suffered while getting cryotherapy treatment in France. Agent Drew Rosenhaus called the injuries on Brown’s feet “brutal” and Brown left camp last week to meet with a specialist.


Brown gave no timeline for when he would be healthy enough to practice, saying only to “stay tuned.”

Coach Jon Gruden said he didn’t know whether Brown would play in an exhibition game but was confident he’d be healthy enough for the season opener Sept. 9 against Denver.

“I feel a lot better working toward 100%,” Brown said. “It’s been a process with the feet. Any time you have a lot of blisters, it’s hard to change direction and run and do what I do naturally. I’ve been away getting a lot of work. I’m excited just to move forward.”

Brown also has been battling with the NFL over his helmet, losing a grievance on Monday to use a version of his helmet that is no longer certified for practice or play.

Schutt has discontinued making the helmet because current technology had moved past it, according to the company.

Brown sent out a Tweet offering a signed Raiders helmet for a newer version of Brown’s preferred helmet. Rosenhaus said they have found a newer version and are now waiting for it to be certified.

“Hopefully we’re going to get this behind us soon,” Rosenhaus said.


Brown has been the game’s most prolific receiver the past six years but the Raiders were able to acquire him from Pittsburgh for just a third- and fifth-round pick in March because of problems off the field and with the organization.

But the Raiders are counting on him being a major part of their team this season as they try to bounce back from a 4-12 campaign in Gruden’s first season back on the sideline in Oakland.

Quarterback Derek Carr said Brown’s return brought extra life to the team and he believes the extensive time they spent together working in the offseason will help them get back up to speed quickly.

“We’ll be ready to go Week 1. We have a lot of time until then,” Carr said. “We have so much time to get some game-plan plays down, some routes, certain cuts we’ll have him run. We’ll have plenty of time. The fact that he’s here is a good sign for us.”