Stellino: Joe Douglas might have the best job in the NFL

Unlike the players, front office executives have guaranteed contracts and his deal is worth $18 million. 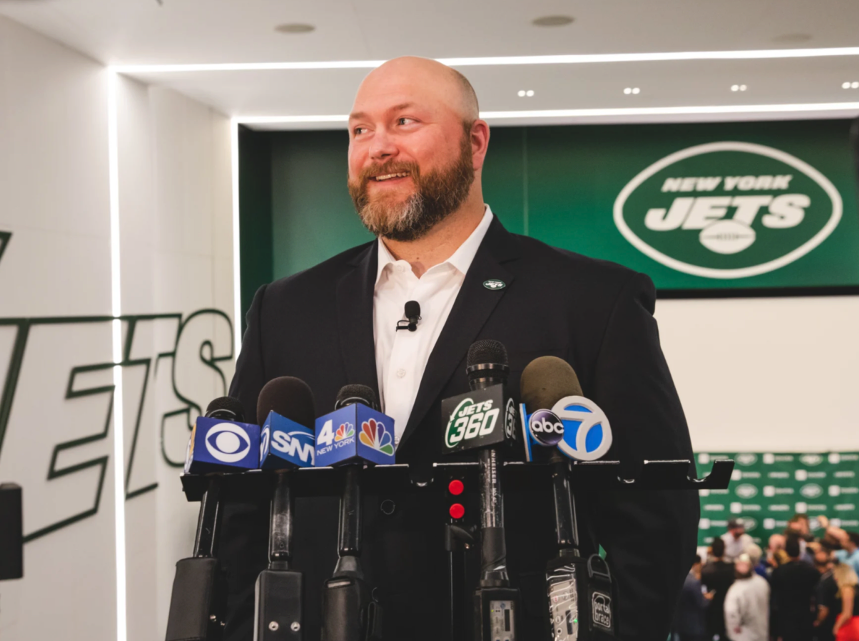 When it was reported that the New York Jets had hired Joe Douglas as their new general manager, my first thought was: “What was he thinking?”

Why would Douglas, who was considered the hottest GM candidate on the market, sign up with a dysfunctional organization like the Jets? Why would he step into a quagmire when he was likely to have better offers in the next year or two?

Then came word that the Jets, who originally offered $1.5 million a year, had doubled the offer to over $3 million a year in a six-year deal to reel Douglas in.

Now this was an offer he couldn’t refuse. He had more than 18 million good reasons to take the job.

Douglas now has financial security for life. Who could blame him?

It doesn’t really matter whether he can rescue the Jets sinking ship. He will have the freedom to work or not work the rest of his life.

I also can’t blame the Jets for offering it. Interim owner Christopher Johnson, who is running the team, sort of, while his brother Woody (the real owner) serves as ambassador to London, needed the credibility of landing Johnson after he botched the firing of Mike Maccagnan.

Douglas has reset the market for GM salaries in the NFL. Nobody else would have offered him that much. And for the Johnsons, heirs to the Johnson & Johnson empire, the money is chump change.

On the field, Douglas does take over a team with a young quarterback, a good running back (if he can get him focused) and the makings of a good defense.

But the negatives outweigh the positives as he’ll try to find a way to make the Jets winners.

Let’s look at all the obstacles he faces:

— Ownership: Not only have the Johnsons yet to prove they know how to run a franchise, there are now two of them.

One day, Woody will return from London and Douglas will have a new boss. And does Christopher then fade back into the background? A good franchise starts with good ownership and the Jets don’t have that.

They are both an example that inherited wealth doesn’t always translate into good business judgment.

Maybe Douglas can win despite the Johnsons?

We’ll have to wait and see.

–The Coach: Douglas takes a job with a coach he didn’t hire. Granted, they worked together for a year with the Bears and are supposedly friends. But Adam Gase has yet to prove he is a good coach and he has the ear of the owner and he helped push out the last GM.

What if the two don’t click? What if Douglas decides Gase isn’t the answer?

This dynamic will be worth watching.

–The Dysfunction: The Jets are noted for being a team with a front office filled with intrigue and backstabbing. Can Douglas end all that or is it in the Jets DNA?

–The New Role: Douglas has never been a general manager before. Can he make the transition from being a great scout to a real GM who stays in the office and runs the team or will he want to spend time on the road scouting?

If he spends too much time away from the office, he will have a more difficult time to stay on top of things.

–The Late Start: He was hired after free agency and the draft so he can’t make many moves that will have a major impact this season.

This season will be on his record, but he won’t have much of an impact on the roster. Assuming he has four years to produce big results, even though he has a six-year contract, the reality is he’ll only have three years with a team of his own design.

–The New York Factor: Running a team in New York with its tabloid coverage is like no other challenge.

Even Philadelphia isn’t like New York. Look at the problems Dave Gettleman has created for himself with ill-advised comments.

Can Douglas deal with working in a fishbowl? He’ll have to.

–The Tom Brady Factor: The Patriots virtually own the division, which means that until Brady starts fading or retires, the odds are against the Jets winning the division. The Patriots beat them twice, by a 65-20 margin, last year.

The Pats have won six in a row against the Jets, nine of the last 10 and 14 of the last 16. Granted, Brady can’t play forever. But as long as he is still in the game, he presents another big obstacle for the Jets.

Add it all together and you can see Douglas faces a monumental task.

But in the end, he has already succeeded. He won the NFL lottery. Unlike the players, front office executives have guaranteed contracts. He will be getting more than $18 million in the next six years regardless of whether he is the GM six years from now.

From that perspective, he has the best job in the NFL. He faces no pressure to win because he gets the money even if he doesn’t.