Antonio Brown scores as Patriots shut out Dolphins in Miami 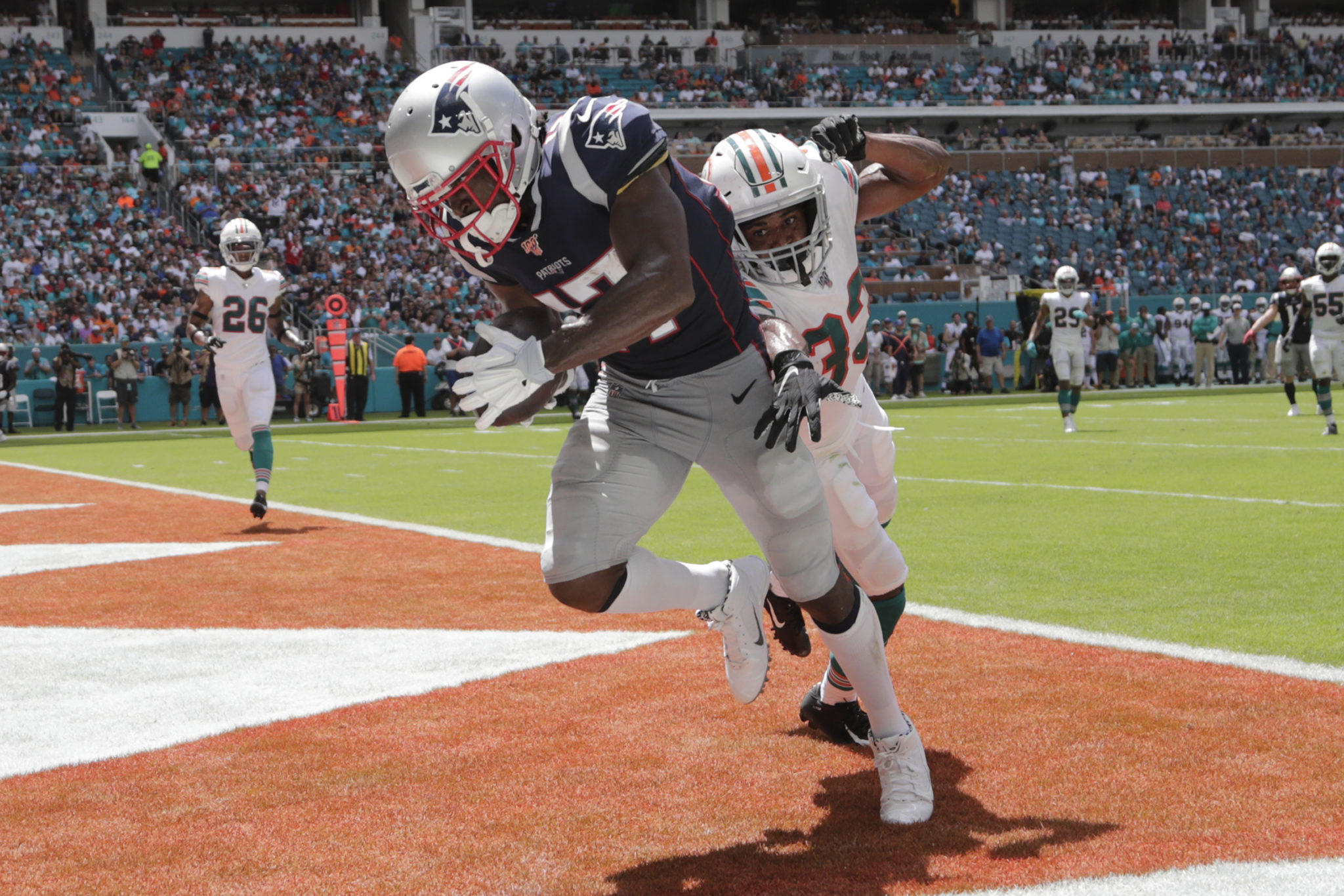 MIAMI GARDENS, Fla. — Antonio Brown caught a 20-yard touchdown pass in his debut for the New England Patriots, and they scored twice on interception returns in a two-minute fourth-quarter span Sunday to beat the Miami Dolphins, 43-0.

Brown also made an 18-yard catch on his first play for the Patriots, who signed him Monday. He finished with 56 yards on four receptions, all in the first half.

The NFL allowed the four-time All-Pro receiver to play despite a civil lawsuit filed Tuesday by his former trainer accusing him of sexually assaulting her on three occasions.

New England’s defense outscored Miami with interception returns for touchdowns of 54 yards by Stephon Gilmore and 69 yards by Jamie Collins Sr. The Patriots totaled seven sacks and four interceptions and earned their most lopsided win in the 108-game history of the series.

New England was an 18½-point favorite but led only 7-0 late in the first half before Brady’s touchdown throw to Brown. The Patriots newcomer celebrated by vaulting into the first row, where she landed on an 18-year-old college student wearing a Brady jersey.

“I was really excited,” said the spectator, Jenna Saadah, attending her first football game. “The fact that it was the Patriots team that scored a touchdown, it was mind-blowing.”

For the defending Super Bowl champions, the victory was workmanlike but sweet. They won for only the second time in their past seven trips to Miami and avenged a loss in 2018 on a last-second pass and double lateral.

Brady tied George Blanda for the second-most regular-season wins in the NFL with 209. Adam Vinatieri began the weekend first with 215 wins.

The Patriots’ battered offensive line was dealt another blow when left tackle Isaiah Wynn left in the first half with a foot injury. Marshall Newhouse replaced him.

Minkah Fitzpatrick started at safety for the Dolphins even though he has requested and received permission to seek a trade to play elsewhere.

Patriots kicker Stephen Gostkowski missed two extra points and a 48-yard field-goal try. He has missed three extra points in the past two seasons, all in Miami.

The Patriots play host to the Jets next Sunday. New England has won the past six meetings.

The Dolphins play next Sunday at the Dallas Cowboys, who have won their past three meetings.