Josh Rosen to start for Dolphins against Cowboys 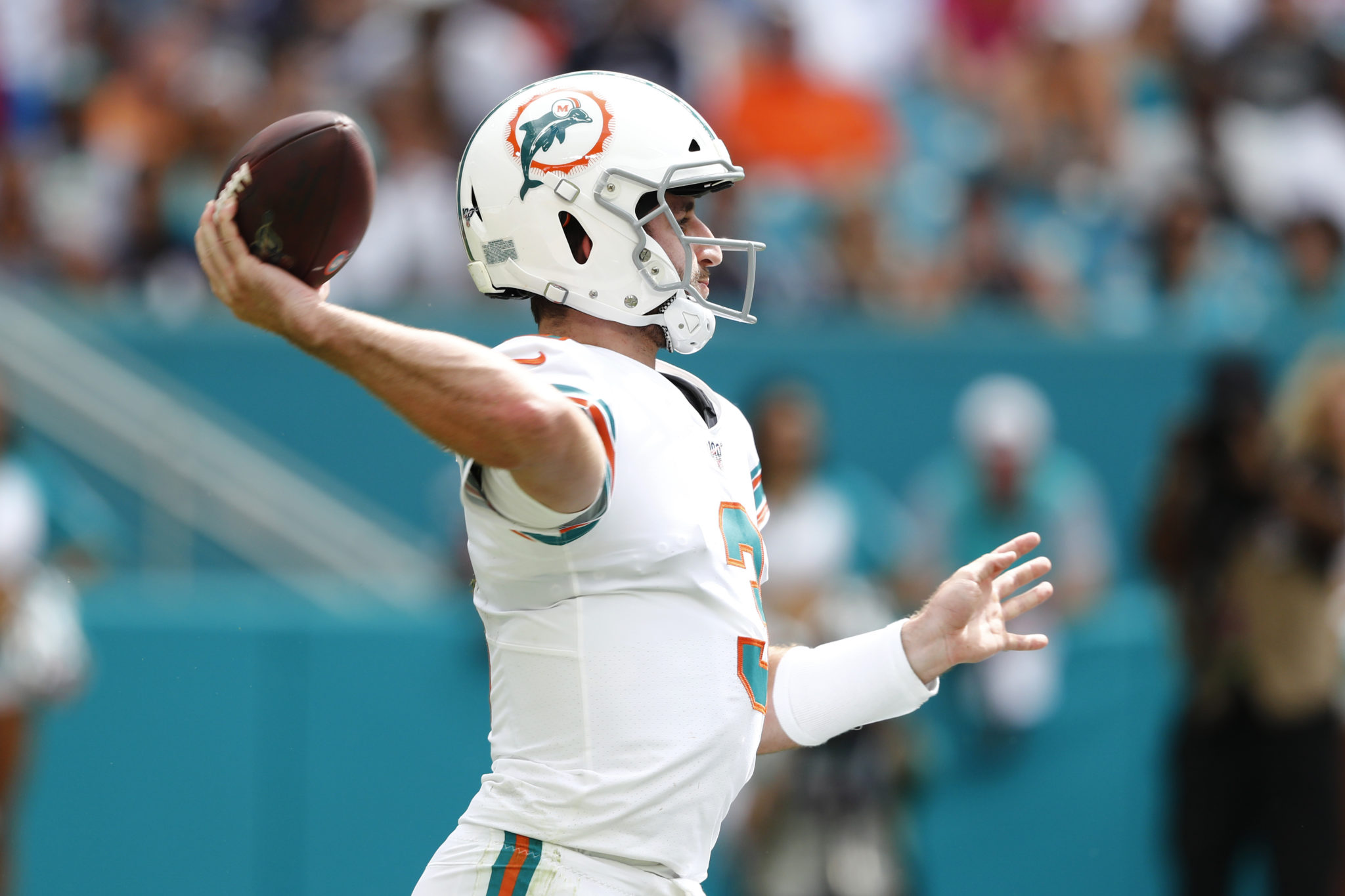 Desperate for help, the Miami Dolphins are turning to Josh Rosen.

The second-year pro will replace Ryan Fitzpatrick this week as the starting quarterback and try to jump-start a team that has been outscored 102-10 in the first two games.

A person familiar with the decision by rookie coach Brian Flores confirmed the change to The Associated Press on condition of anonymity Thursday because the team had not announced it.

Rosen can’t fix all of the rebuilding Dolphins’ many problems, but he’s considered a potential franchise quarterback and will make his first start for Miami at Dallas on Sunday.

The Dolphins also claimed former Cowboys first-round pick Taco Charlton off waivers. The defensive end was drafted in 2017, had four sacks in his first two seasons and was released Wednesday.

Rosen was traded in April after only one season with the Arizona Cardinals, who took him in the first round of the 2018 draft. The Dolphins are eager to stop a revolving door at the position, and Rosen will be their 21st starter since Dan Marino’s last game 20 years ago.


Regardless of how Rosen plays, the Dolphins are expected to use one of their three first-round picks in 2020 on a quarterback.

Fitzpatrick, 36, was never considered a long-term solution and had a passer rating of 39.9 in the first two games. Rosen takes over an offense that netted 38 yards in the first three quarters of Sunday’s 43-0 loss to New England as Miami was shut out at home for the first time since 2010.

Rosen came off the bench in the fourth quarter and went 7 for 18 for 97 yards with an interception. He had two long passes dropped.

“I just wanted to go in and provide some kind of positive for us,” Rosen said after the game. “They put me out there to try and throw touchdowns, so that’s what I tried to do. It’s all a learning experience. I threw some good ones and some bad ones.”

Rosen was the 10th overall pick in the 2018 draft but became expendable in Arizona when the Cardinals used the No. 1 overall pick to select Kyler Murray. A day later, the Dolphins acquired Rosen for two draft picks.

In training camp he lost a battle with Fitzpatrick for the starting job, but was widely expected to get a chance to play at some point.

“For him, and he will tell you, it has been an eye-opener,” Miami general manager Chris Grier said Tuesday. “He said he has learned more here in the last couple of months than he has in his whole career. For him, having someone like Fitz to mentor him and to be that kind of veteran influence to help him has been great.”