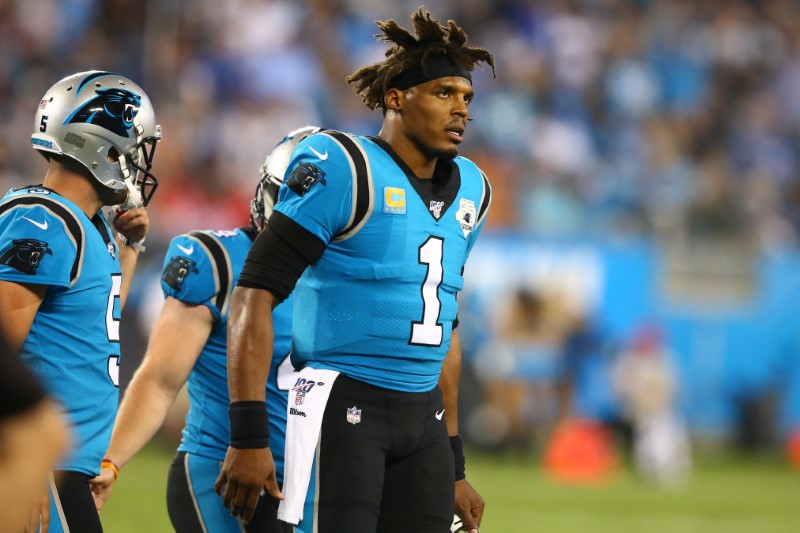 Carolina is 0-2 and quarterback Cam Newton wants the blame for the Panthers’ poor start to the 2019 season.

Newton missed multiple targets and consistently overthrew receivers Thursday in a 20-14 loss to the Tampa Bay Buccaneers. Newton was 0-for-10 with three sacks against pressure by the Bucs according to NFL Next Gen Stats.

“Through my lens, it’s hard to look defensive guys in the eyes after a game like this,” said Newton. “Offensively, we didn’t hold up our end of the bargain. All fingers are just pointing back to me specifically on offense.”

Defenses are inviting Newton to throw the ball downfield, and he’s missing those chances. He is 4-of-15 on throws that travel more than 15 yards downfield.

“I have to be better,” Newton said. “No matter what physical condition I’m in. No matter what foot, shoulder … I didn’t get the job done, and it’s frustrating. I wish I could say something other than that, but that’s the fact. I’m a brutally honest person with people, and I’m a brutally honest person with myself. And it’s time for me to look myself in the mirror and do some real soul-searching, because I had opportunities tonight and I didn’t get it done.”

Newton said his surgically repaired shoulder — and specifically his second operation on his right shoulder in January — is not a factor. Newton also sprained his foot in the third preseason game for the Panthers in August.

“I say it all the time,” Newton said. “Sometimes, you find yourself in a blender, and the only person that can get yourself out is yourself.”