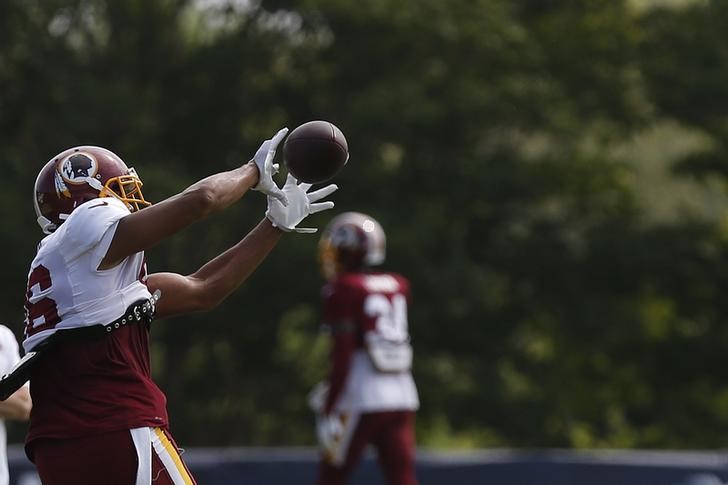 Reed will miss Sunday’s game in Philadelphia because of a concussion sustained on a helmet-to-helmet hit by Atlanta Falcons safety Keanu Neal on Aug. 22. The hit drew a penalty and later a $28,075 fine.

The 29-year-old Reed has a history of concussions, with at least three during his time in Washington.

Reed has recorded 329 receptions for 3,371 yards and 24 touchdowns in six seasons with the Redskins, earning Pro Bowl honors in 2016. He had 54 catches for 558 yards and two scores in 13 games (eight starts) last season.