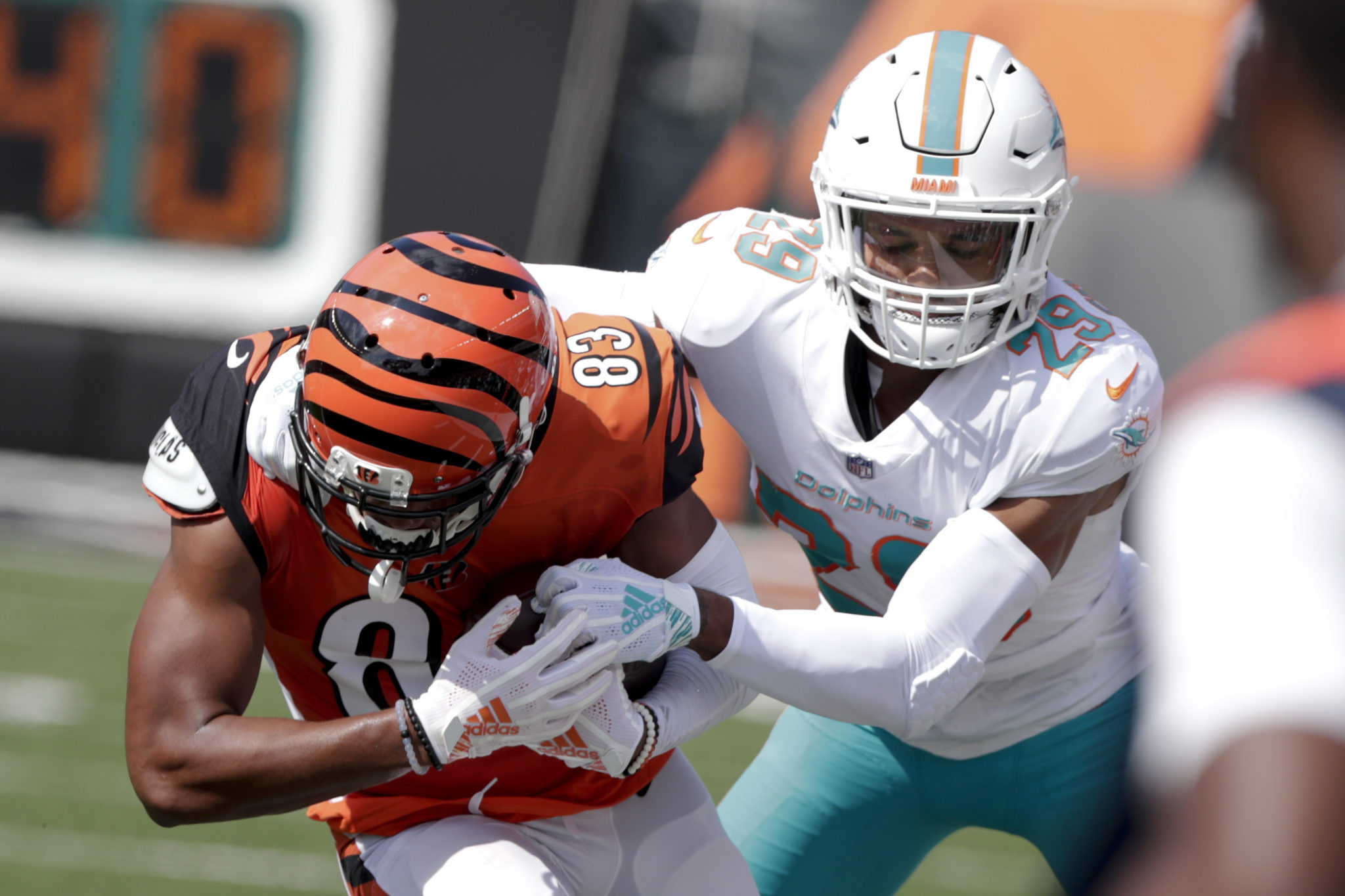 DAVIE, Fla. — Miami Dolphins defensive back Minkah Fitzpatrick got his wish and was traded Monday night to the Pittsburgh Steelers for a first-round draft pick in 2020, two people familiar with the negotiations said.

The people confirmed the deal to The Associated Press on condition of anonymity because the teams hadn’t announced it. The teams will also swap late-round picks.

Fitzpatrick was displeased about his role with the Dolphins. He requested and received permission to seek a trade before playing free safety for Miami in Sunday’s 43-0 loss to New England, when he had six tackles and a fumble recovery.


The rebuilding Dolphins (0-2), who have purged their roster to accumulate draft picks, now have three first-round choices in 2020. While putting a priority on the future, they’ve been outscored 102-10 in their first two games.

The Steelers (0-2) can use Fitzpatrick’s help. In two games they’ve allowed 640 yards through the air and six touchdown passes. They’re also reeling from the loss of quarterback Ben Roethlisberger to an elbow injury.

Fitzpatrick was the 11th overall pick in the 2018 draft, but quickly became unhappy after Brian Flores took over as Miami’s coach this year.

When the Dolphins put Fitzpatrick at strong safety during training camp, his mother, Melissa, complained on Twitter that he was being asked to play out of position. He said she wasn’t wrong.

The situation came to a head following a season-opening 59-10 loss to the Baltimore Ravens, when Fitzpatrick struggled and the Dolphins tied a team record by allowing six touchdown passes in the most lopsided defeat in franchise history.