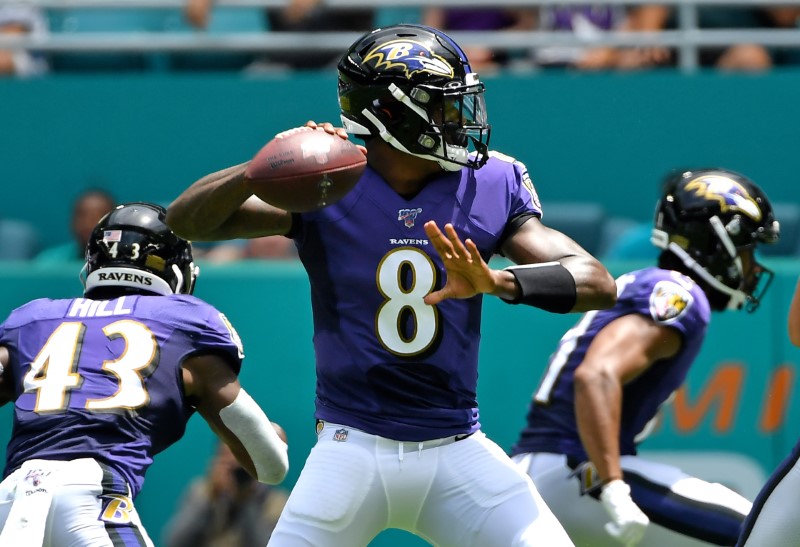 Everyone will be watching when the New Orleans Saints visit the Los Angeles Rams on Sunday, and not just because of the referees.

It will be the fourth installment between the teams since Sean McVay was hired entering the 2017 season, with a combined score of 88-87 in favor of the New Orleans. Of course, Los Angeles has gone 2-1 thanks to an infamous non-call.

The NFC Championship Game loss in January belied what was an outstanding performance from the Saints on defense, one they’ll try to replicate Sunday.

L.A.’s win in New Orleans came despite the Saints shutting down the Rams’ potent rushing attack, limiting them to 77 yards on 26 carries (3.0-yard average) as Todd Gurley ceded work to C.J. Anderson.

New Orleans did so even without Sheldon Rankins, who had torn his Achilles a week earlier. The Saints often deployed both defensive tackles (David Onyemata and Tyeler Davison) as 2-techniques (head up on the guards), limiting the ability of Rams’ interior linemen to climb to the second level. New Orleans also sent linebackers on cross-dog run blitzes, and those interior linemen struggled to react on the fly.

The Saints allowed 180 yards on 23 carries (7.8-yard average) to the Texans in Monday’s opener, but Onyemata was out serving a one-game suspension. He’ll be back Sunday, and Rankins could make his return from the torn Achilles. If New Orleans can stop Gurley & Co. without safety help, life will be very hard for Jared Goff.

Goff adapted well in January, even in the raucous atmosphere of the Superdome, which he won’t have to contend with Sunday. But he was poor two weeks later in Super Bowl LIII and had a very discouraging opener against the Carolina Panthers on Sunday, missing wildly with accuracy to the deeper parts of the field. He’ll have to be much sharper if the Saints slow Gurley and the run game.


2. How to gauge progress from Lamar Jackson

As you might expect from his stat line (17 of 20, 324 yards, five TDs), Jackson threw the ball exceptionally well against the Miami Dolphins in Week 1. His footwork and mechanics looked much sharper than last year, and he delivered on-balance with excellent ball placement and touch down the field.

He also benefited from some of the friendliest conditions a quarterback can see in the NFL. Aside from one play, the Dolphins’ pass rush was nonexistent, not even forcing Jackson to step up or slide after his drop. Miami also played with a shocking lack of regard for vertical routes, routinely leaving defensive backs on an island without even a single-high safety.

None of that is to fault Jackson, who made an outstanding 39-yard throw to Mark Andrews the only time he was pressured. He can only make the plays available to him, and he certainly did so.

But conditions will get tougher, starting Sunday against a sneakily dangerous Cardinals pass rush. Arizona beat up a strong Lions O-line last week, hitting Matthew Stafford 10 times, with strip-sacks by Chandler Jones and Terrell Suggs, who also had a second sack. Jordan Hicks got through on a few disguised blitzes, and rookie D-lineman Zach Allen had three hits while teaming with Jones on several stunts.

Greg Roman’s run-centric scheme and max-protection concepts can insulate Jackson, especially when the Ravens can avoid obvious passing situations. But inevitably, Jackson is going to face more pressure than he did Sunday. Let’s see if he can maintain Week 1’s progress with less time amid muddier pockets.

Brissett’s numbers (21 of 27, 190 yards, two touchdowns) in the first post-Andrew Luck start were modest, but the film was encouraging. Brissett appeared to read the field clearly and threw with accuracy and timing. Indianapolis coach Frank Reich said he wanted Brissett to take small profits when available rather than seeking out the big play, and the QB followed orders.

The 26-year-old will face an entirely different challenge in Week 2, going from the Los Angeles Chargers’ static, Cover-3-heavy defense to the Tennessee Titans’ highly-schemed approach under Dean Pees.

Pees, who turned 70 last week and is in his 41st year of coaching, runs one of the NFL’s most diverse defenses. He rarely rushes more than five but confuses protections by disguising which four or five rushers are coming. On the back end, he mixes man coverage with an array of zones that are ultimately simple but look complicated because of coverage rotations.

Pees threw the whole gamut of tricks at the Cleveland Browns’ Baker Mayfield on Sunday, confusing the second-year signal-caller. The Titans disguised extremely well — stalwart safety Kevin Byard’s versatility is vital in this area — and sprung surprises, like a few snaps of inverted Cover-2 (two cornerbacks drop deep; safeties step up to play the flat).

Entering his 19th career start, Brissett should expect similar complexity from Pees. How he responds to it will say a lot about where he stands.


4. Can the Vikings handle Kenny Clark?

Lost in Minnesota’s Week 1 shellacking of Atlanta, in which the Vikings ran for 172 yards (4.5-yard average) and threw only 10 times, was a dominant performance by Falcons defensive tackle Grady Jarrett inside.

Jarrett reached Kirk Cousins twice — for a hit on the Vikings’ first touchdown and a strip-sack early in the third quarter — and made four other tackles, on runs that combined for minus-1 yards. He was a handful in both the run and pass game, hounding left guard Pat Elflein and, at times, rookie center Garrett Bradbury.

Those youngsters have a similar problem on their hands this week against Packers nose tackle Kenny Clark, another squatty, thick body type with rare quickness for his size.

Clark managed a half-sack in the opener in Chicago and was a menace against the run, both as a penetrator and as a stack-and-shed plugger. The Vikings’ outside-zone scheme depends on Bradbury reach-blocking nose tackles, a tall task against Clark.

Both lauded schemers, Bears head coach Matt Nagy and Broncos head coach Vic Fangio were teammates on the Chicago staff just a few months ago. Watching them try to outwit each other on Sunday will be fascinating.

Fangio downplayed his knowledge of Nagy’s scheme this week, but he surely knows what the Bears like to lean on in key situations. Of course, Nagy knows Fangio knows this — will he plan more surprises or trust his offense to execute its bread-and-butter plays?

Likewise, Nagy should be able to force Fangio’s defense into predictable coverages at times, which is often a recipe for designer shot plays downfield. Fangio likes to play Cover-4 to the boundary (the short side of the field), an area Nagy will look to exploit.