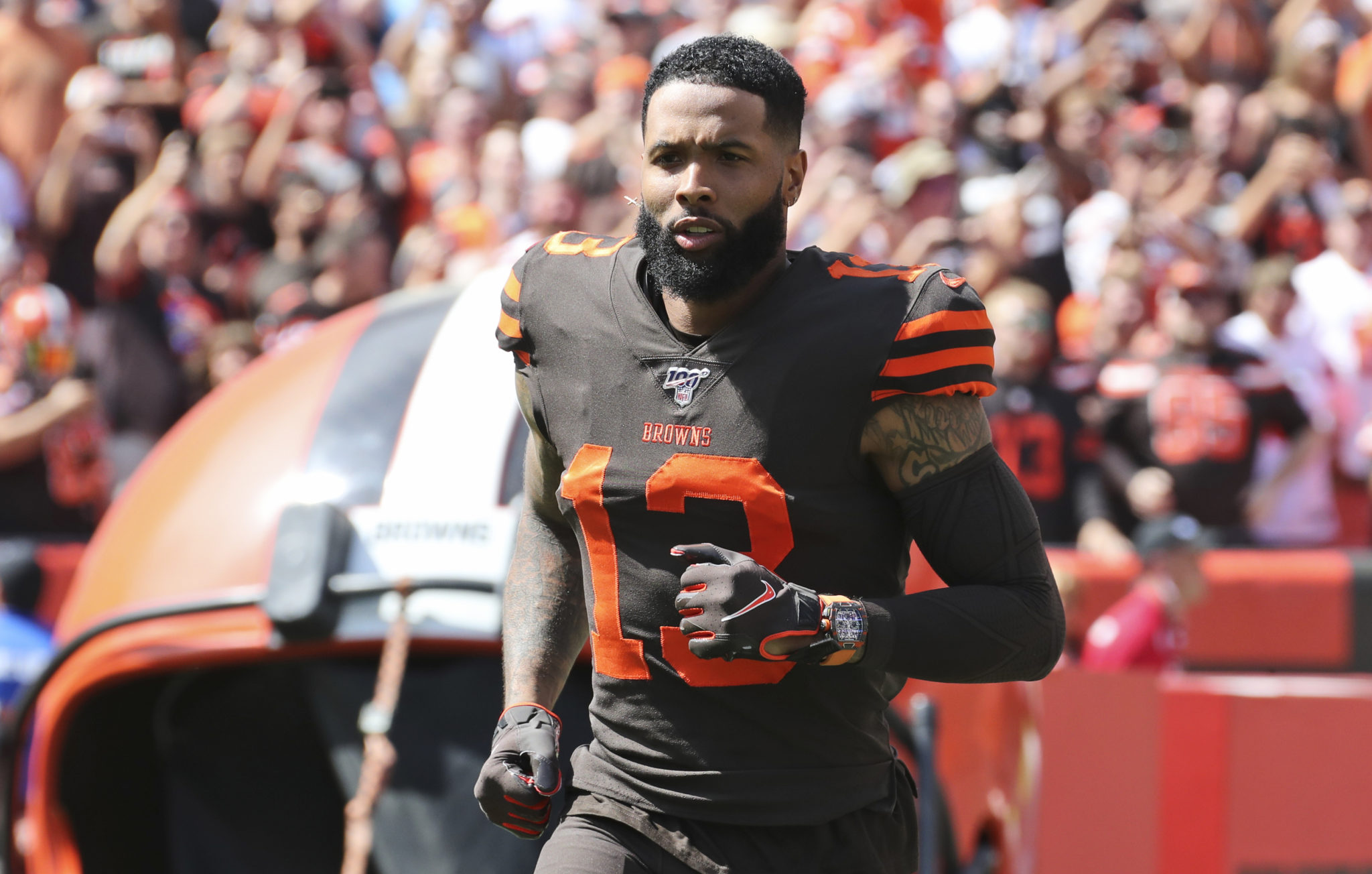 BEREA, Ohio — Watch it: Odell Beckham Jr.’s taking a stand against the NFL on his lavish wrist wear.

Beckham said Tuesday that he intends to keep wearing the expensive watch he had on during Sunday’s season opener against the Tennessee Titans. The showy wide receiver believes the league has made an issue out of his jewelry only because it’s him.

“I’m here to play football. I would love for them to talk about football and what I do on the field, if I messed up on the field or if I didn’t do well on the field, talk about my performance,” he said. “Don’t talk about any extracurricular, that’s just it. If anybody else would’ve worn the watch, or if it was a $20 watch, it wouldn’t have been no problem.”

“Yeah, that’s just my life,” he said. “If it ain’t this, it’s something else. If it wasn’t the watch, it would’ve been the way that I tie my shoes.”

On Monday, a league spokesman said there is no rule prohibiting players from wearing jewelry. However there is a policy “prohibiting hard objects.”

The league spoke to the Browns, but to this point Beckham said he has not been contacted.

Beckham drove his customized orange Rolls Royce to Sunday’s game at FirstEnergy Stadium and then sported a Richard Mille watch, which retails for more than $200,000.

Beckham caught seven passes for 71 yards in his Cleveland debut, but the Browns were blown out 43-13.

The 26-year-old Beckham doesn’t believe he’s breaking any rules, and his watch is within regulations because it’s plastic.

“It shouldn’t be an issue,” he said. “You’ve got to look into the rulebook. It says you can’t wear any hard objects. The watch is plastic. But people have knee braces on that are hard and made out of metal and you don’t see them taping it up, no jewelry on, so I’m good.”