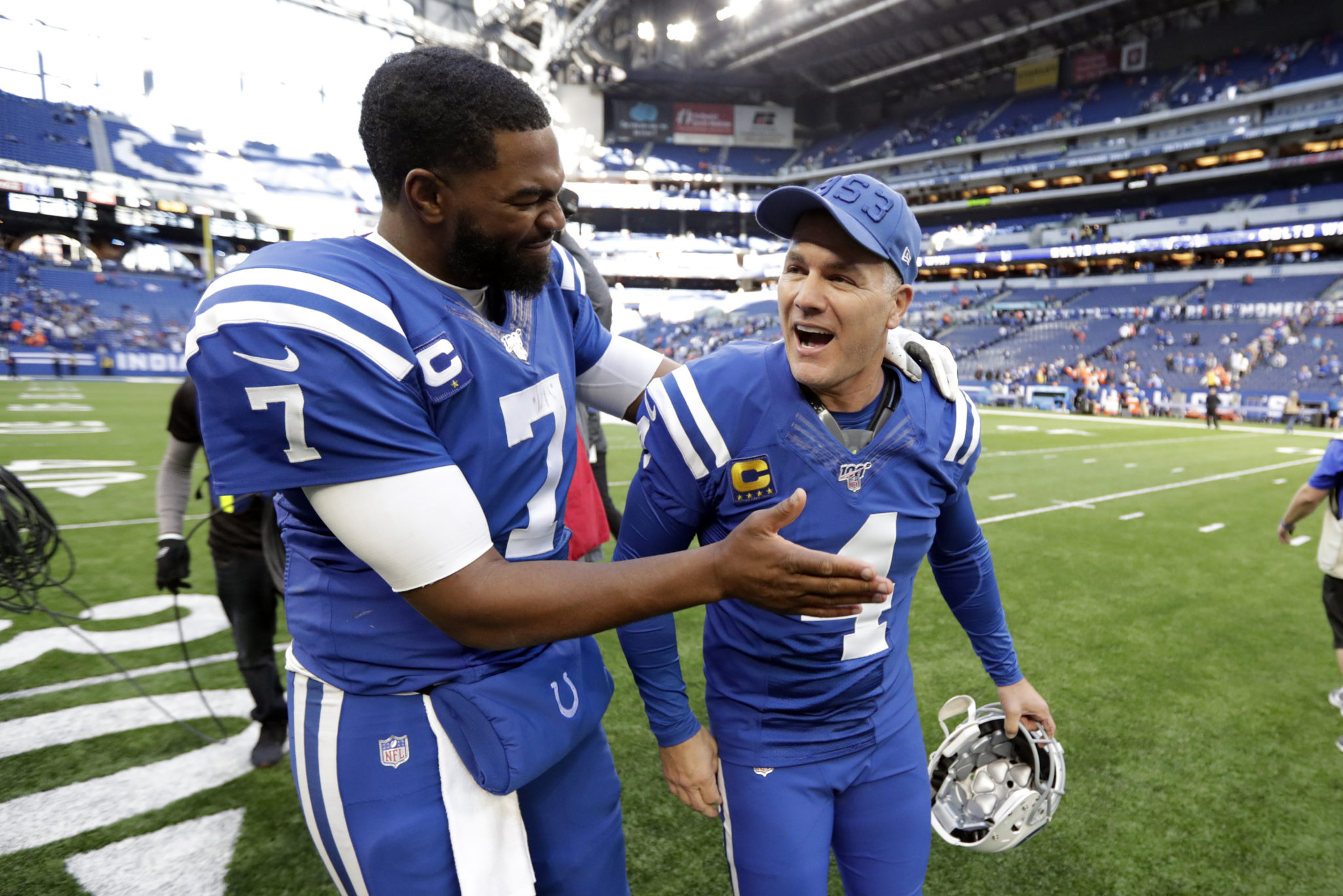 Vic Fangio’s new and old teams were done in over the weekend and curious, conservative calls were the culprit.

In Chicago, the Bears lost 17-16 to the Los Angeles Chargers when Eddy Pineiro missed a 41-yard field goal as time expired after coach Matt Nagy had quarterback Mitchell Trubisky take a knee on first-and-20 from the 21 with 43 seconds remaining.

Pineiro had already hit the right upright on a 33-yard try earlier in the game, and David Montgomery had run for 135 yards already but Nagy was worried about a turnover.

Nagy should have known he couldn’t take a kick for granted after the way Chicago’s season ended last year, with a 16-15 loss to the Eagles in the playoffs when Cody Parkey’s 43-yard try in the closing seconds clanked off the left upright and the crossbar.


Nagy defiantly shot back when questioned about his play calling.

Nagy’s conservative play calling left the Bears (3-4) at the bottom of the NFC Central with as many losses as they had all of last season when they ended an eight-year playoff drought, and Fangio, who had designed the league’s best defense, finally got his shot at a head coaching gig at age 60.

His first move was to lure one of his favorite pupils, Bryce Callahan, from Chicago, and John Elway ponied up $21 million over three years, including $10 million guaranteed, to the cornerback who’d had foot surgery in December, got stepped on in July and hasn’t played a single snap for the Broncos.


Elway could have spent that money on Chris Harris Jr., who’s in the final year of his deal and still among the NFL’s elite cover cornerbacks.

Fangio’s team is 2-6 after a 15-13 loss at Indianapolis on Sunday when Adam Vinatieri nailed a 51-yard field goal with 22 seconds left, marking the third time the Broncos have lost on a field goal in the final 30 seconds.

Quarterback Joe Flacco ripped rookie offensive coordinator Rich Scangarello for his conservative play calls, including not targeting Courtland Sutton in man coverage even though he averaged 24 yards a catch and drew five flags on his defender and not being aggressive while clinging to a 13-12 fourth-quarter lead and punting from the Denver 44, the 50-yard line and the Indianapolis 43 on their final three possessions.

He was particularly perturbed about handing the ball to Phillip Lindsay, who was stuffed for no gain on third-and-5 at the Colts 43 right after the 2-minute warning.

“Well, c’mon, I just look at it like we’re now a 2-6 football team, and we’re like afraid to go for it in a two-minute drill, you know?” fumed Flacco. “Who cares if you give the ball back with a minute, 40 seconds left? They obviously got the field goal anyway.”

Flacco added that, “it just feels like we’re kind of afraid to lose a game. It’s third-and-5 at the end of the game, who cares if they have a timeout there at the end or not? Getting in field goal range isn’t that tough. So, you’re just putting your defense in these bad situations. I just felt like, what do we have to lose? Why can’t we be aggressive in some of these situations?”

The Colts called their last timeout before the punt, and on first-and-10 from their 11, Jacoby Brissett slipped from Von Miller’s grasp in the end zone, escaped a hard-charging Derek Wolfe and avoided a game-sealing safety just before firing a 35-yard dart to T.Y. Hilton as the receiver toe-tapped inbounds while falling to the sideline.

“I thought I had him,” Miller said. “It’s tough thinking about that play. It’s worse when you feel like you could have done just a little more for your teammates. This one is going to hurt for a little bit.”


Then, just like Bradley Chubb’s questionable pass interference against the Jaguars in the final drive last month and Miller’s takedown of Trubisky that was flagged in Week 2, the Broncos were called for a debatable penalty that put the Colts in field goal range.

This time, it was on linebacker Alexander Johnson, who was whistled for a horse collar tackle on what appeared to be a legal takedown of running back Nyheim Hines.

Three plays later, Vinatieri drilled a 51-yarder that gave Indy its first lead of the game with 22 seconds left.

Denver’s dysfunctional offense has produced just a half dozen touchdowns in 48 second-half drives, an indictment of both the roster and Scangarello’s play-calling, conservative or otherwise.

Fangio surely didn’t figure points would be THIS precious in Denver, where the Broncos are averaging just 15.6 points. In the franchise’s 60-year history, only the 1971 team (14.5 points) and the 1966 squad (14 points) were worse offensively.

And now with Flacco sidelined by a herniated disk in his neck, Fangio turns to backup QB Brandon Allen, who has never taken a snap in four NFL seasons. Neither have his two rookie backup candidates Brett Rypien (practice squad) and Drew Lock (injured reserve, thumb).