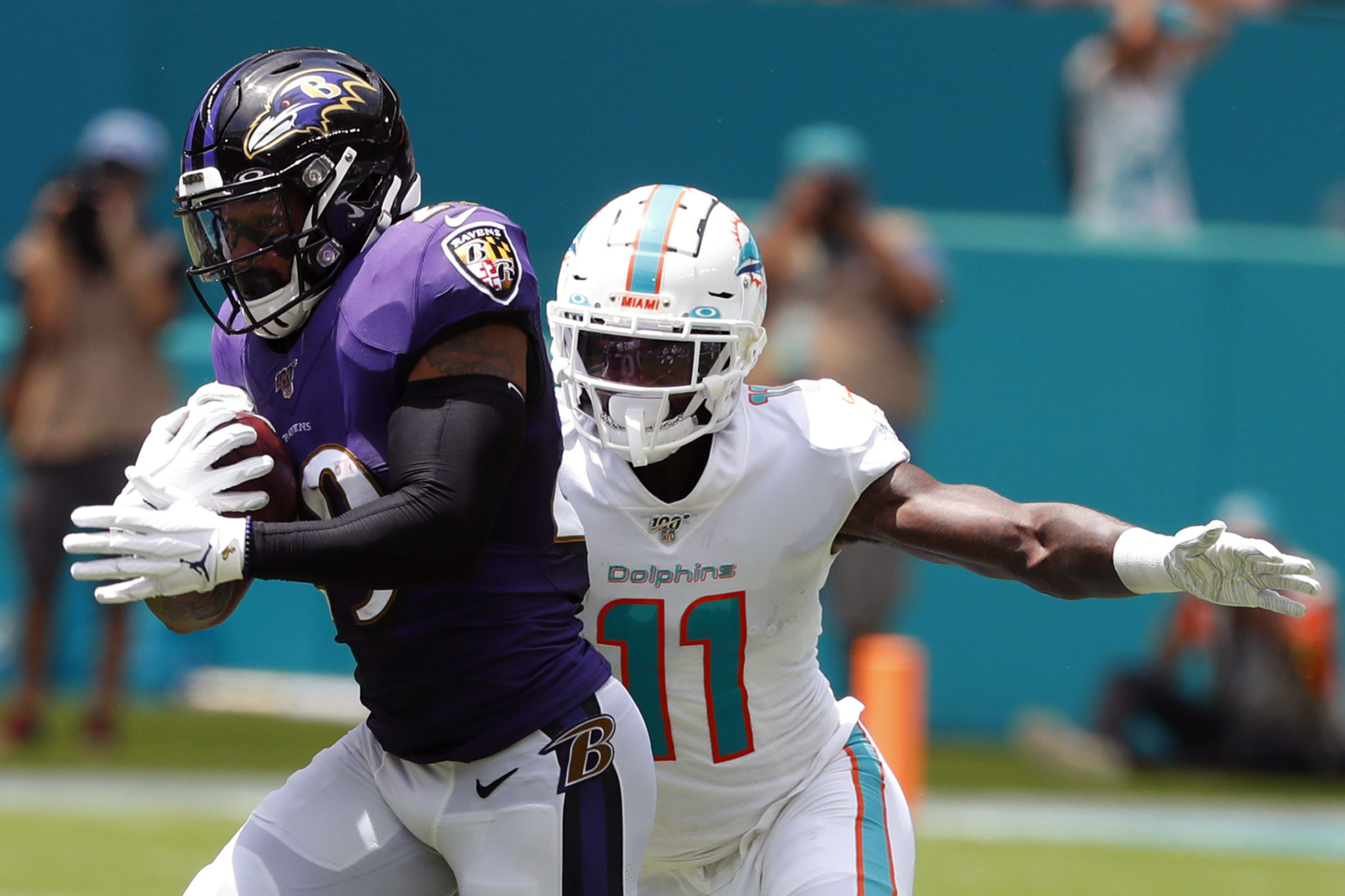 Earl Thomas is going back to the place where it all started for him.

The playmaking safety was a star in Seattle for nine seasons, helping the Seahawks win a Super Bowl while establishing himself as one of the best at his position.

Then, things got a bit messy.

“I feel like they were kind of trying to phase me out,” Thomas said this week.

He was a contract holdout in training camp last year, and his season ended when he broke his left leg in Week 4 — punctuated by Thomas flipping the middle finger to Pete Carroll and the Seahawks’ sideline as he rode off the field on a cart.

Now with Baltimore, Thomas will try to lead the Ravens (4-2) to a victory Sunday against the Seahawks (5-1).

“They gave me my first shot,” he said of the Seahawks. “I won so many games there, grew up as a young man there, so I’m always going to respect that organization and always going to be a part of it.”


It doesn’t mean he doesn’t want to beat them, and badly. And Carroll knows it.

“Earl was an incredible competitor, and I loved coaching him,” the Seahawks coach said. “I think it will be fun playing against him.”

Well, it certainly should be fun to watch the two quarterbacks in this one, with Russell Wilson off to possibly the best start of his career for Seattle and Lamar Jackson making plays with his arm and legs for Baltimore.

Wilson doesn’t have an interception yet and is just the fourth quarterback to have a passer rating of 100 or higher in the first six games of a season. He’s trying to get the Seahawks to 6-1 for only the second time in franchise history.

“It’s sort of like playing against Steph Curry in basketball, if you will,” Ravens defensive coordinator Don Martindale said. “You can pick him half court and he’s going to try to drive by you or you can slack off and he’s going to pull up and hit a 3.”


Meanwhile, Jackson became the first NFL player with 200 yards passing and 150 yards rushing in the same regular-season game, accomplishing the feat last week in a 23-17 win over Cincinnati. His 460 yards rushing rank him fourth in the AFC. Yes, as a quarterback.

Week 7 opened with Kansas City’s 30-6 victory at Denver, a win tempered by the loss of reigning MVP Patrick Mahomes to a right knee injury in the second quarter.

Backup Matt Moore threw a 57-yard touchdown pass to Tyreek Hill and the Chiefs (5-2) had nine sacks, gave up a season-low 71 yards rushing and snapped a two-game skid in beating the Broncos (2-5) for the eighth straight time. His balky left ankle heavily taped, Mahomes completed 10 of 11 passes for 76 yards and a touchdown before he was hurt on a successful sneak on fourth-and-inches at the Denver 5.