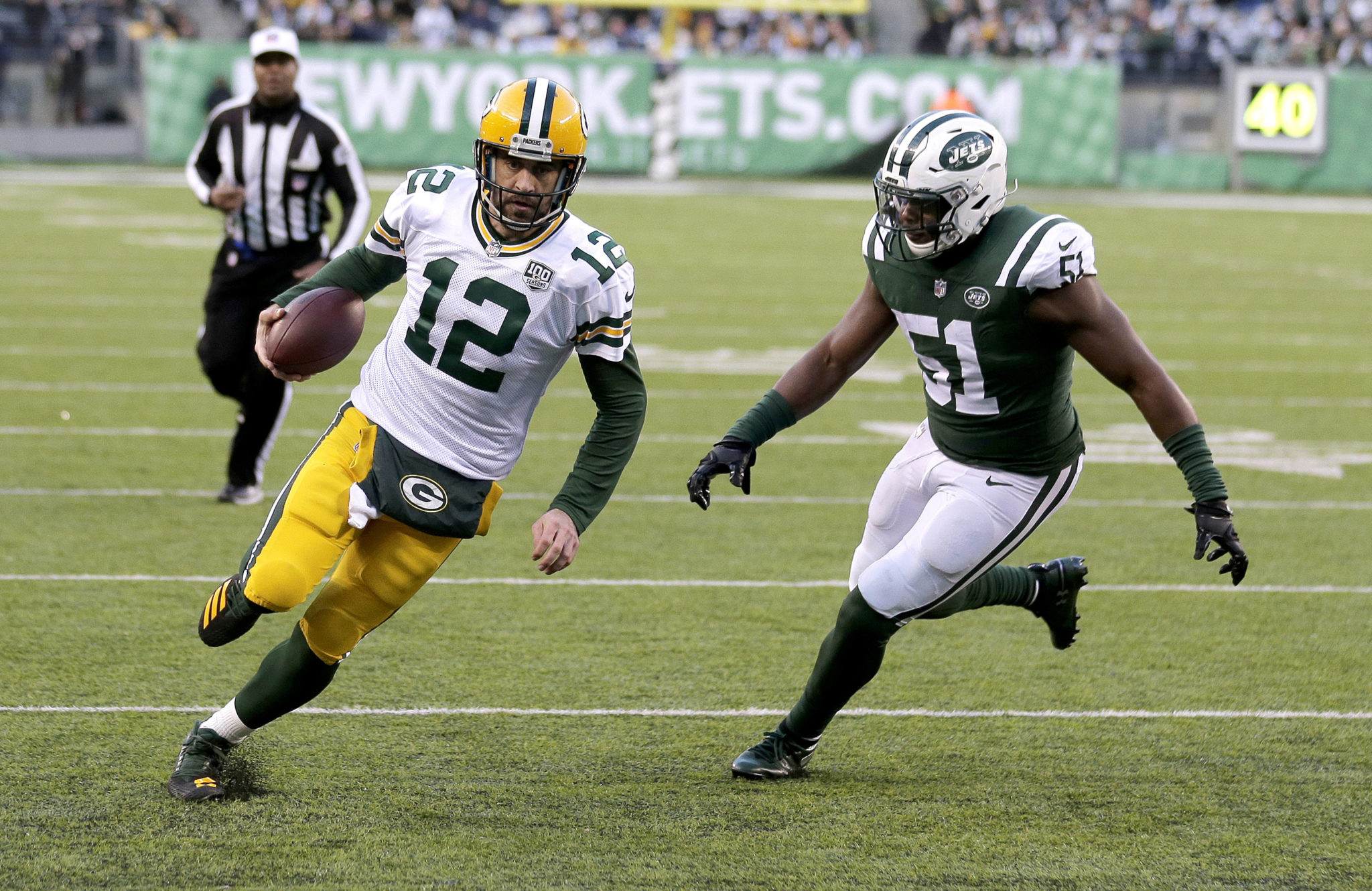 Brandon Copeland is back from his suspension and he’s taking aim at a company he says sold him “contaminated” supplements.

The New York Jets linebacker is suing the company after he took a recovery supplement that contained a banned substance that didn’t appear on the product’s label. Copeland failed an NFL-issued drug test on April 15 and was suspended the first four games of the regular season on Aug. 21 for violating the league’s policy on performance-enhancers.

Copeland is planning to file his lawsuit later this week in New Jersey. He wouldn’t name the company or the supplement since it is a soon-to-be pending legal matter.

“I don’t hold my head down or anything like that,” Copeland said Wednesday after his first practice since training camp. “I know the person I am, my family knows the person I am. People who know me know the person I am. If anyone knows my journey and my story, it really doesn’t really make sense for me to try to cheat the game or cheat myself at this point in time, coming off the best season of my life on the field, off the field.”

The 28-year-old Copeland had a career-high five sacks last season, his first with the Jets after stops with Baltimore, Tennessee and Detroit from 2013-17 after being undrafted out of Penn. He re-signed with New York in March as a free agent, and was expected to be a starter at outside linebacker.


During the offseason, Copeland said a nutritionist recommended a supplement to help his body recover. He sent it to other nutritionists to review and they verified that the ingredients listed on the product were not among those banned by the NFL. Copeland says he also used the NFL’s app to check it out himself.

“However,” Copeland said, “unfortunately, this supplement in particular was contaminated.”

Once he got the letter from the league saying he was suspended, Copeland issued a statement denying he knowingly took anything illegal. He also gathered all the supplements he was taking and sent them to a third-party science laboratory for testing.

“It confirmed that one of the supplements had the banned substance in it.”

Copeland said he has copies of all of the previous drug tests he has taken, and they were all negative — as are the three he has taken since the one he failed.

“It’s unfortunate, however, I understand that everything happens for a reason,” Copeland said. “I understand God doesn’t make mistakes. You build from it, you learn from it. It was a blow to me. I’m not going to stand up here and act like I’m not pissed off about it.”

Copeland acknowledged he’s frustrated by the entire situation, and took responsibility for what he put in his body — while insisting he didn’t knowingly ingest something on the league’s list of banned substances.

He’s uncertain as to whether he took supplements that just came from a bad batch or if the supplement itself contains an illegal ingredient. Copeland also was unaware of any other athletes who might have tested positive while taking it, but said the company posted on its website a day after his suspension was announced that it was changing its manufacturer for quality assurance.


Copeland refused to criticize the NFL for suspending him despite what he feels were extenuating circumstances.

“I understand why it is the way it is,” Copeland said. “But I just think — I’ve served my time and I’m past it, so I don’t want to say anything to put another red mark on me, so to speak — but I do think, when we have people who can show you genuine evidence, show you laboratory results, show you text messages, all that kind of stuff, I think there should be some more consideration taken into account.

“But, again, I understand you want to level the playing field for everyone. I want to be on a level playing field, as well, so I don’t knock the NFL for making the decision it made.”