Jets trade Leonard Williams to Giants for a pair of picks 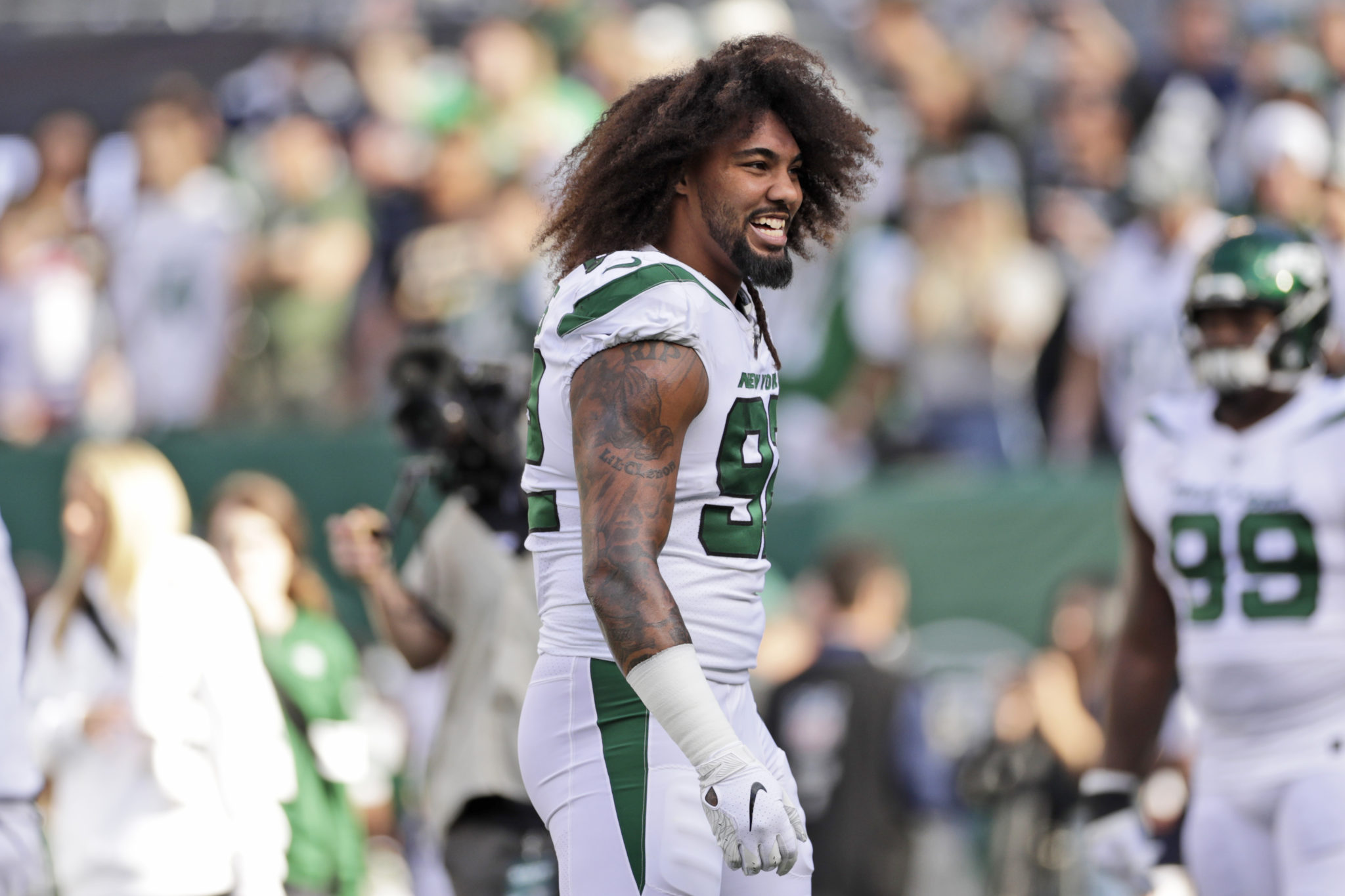 The New York Jets traded defensive lineman Leonard Williams to the Giants on Monday for a third-round draft pick next year and a fifth-rounder in 2021, according to a person with direct knowledge of the deal.

Williams was the No. 6 overall pick by the Jets in 2015 and made the Pro Bowl in his second season, but never lived up to his lofty draft status. He has 17 career sacks, but none in seven games this season for the struggling Jets. He actually had one in New York’s 29-15 loss at Jacksonville on Sunday that was negated by a penalty on a teammate.

The person spoke to The Associated Press on condition of anonymity because neither team had announced the deal, which is the first completed trade since 1983 between the teams that share MetLife Stadium. The Jets sent a conditional pick to the Giants in ’83 for offensive lineman Chris Foote, but the trade was nullified a week later when he was waived.

ESPN first reported the deal for Williams on Monday, a day before the NFL’s trade deadline at 4 p.m. EDT.

Williams thanked the Jets in an Instagram post Monday night and said he looked forward to joining the Giants.

“It’s been a pleasure playing here over the last few years through all the ups and downs and will never forget the memories and experiences shared with my teammates and coaches!” Williams wrote. “Now moving onto the next chapter of my life I want to thank the @nygiants for giving me the opportunity to continue my professional career in the big apple.”

The 25-year-old Williams is scheduled to become a free agent after this season. The fifth-rounder the Jets are receiving could become a fourth-rounder if the Giants sign Williams to a contract extension — which would appear to be a possibility given what the Giants gave up despite being 2-6. The Jets are also paying $4 million of the remaining $6 million on Williams’ contract this year.


He will provide experience on the Giants’ defensive line, where he’ll work alongside Dexter Lawrence, Dalvin Tomlinson and B.J. Hill. The Giants’ interior line has just six sacks, so Williams’ presence should help boost those numbers.

Williams also won’t have to wait long before facing his former team: The Jets host the Giants on Nov. 10.

With his lion-like mane, Williams — nicknamed “Big Cat” — was one of the most recognizable players on the Jets in his five seasons since being drafted out of USC. He was also was productive with 240 total tackles, two forced fumbles, an interception and four passes defensed in 71 games.

But his lack of sacks was noticeable, despite former coach Todd Bowles and Gase and defensive coordinator Gregg Williams repeatedly saying he often did things that didn’t show up on stat sheets. He entered the game against the Jaguars with a team-leading 10 quarterback hits.

Williams’ name had been floated in trade rumors in recent weeks with the Jets off to a 1-6 start and it seeming unlikely they would re-sign him in the offseason.

“I try to take my emotions out of it and let what happens happen.”

It’s the first major trade by Jets general manager Joe Douglas, who took over for the fired Mike Maccagnan in June. It could also be just the beginning of another rebuilding process for a franchise that has gone eight years without a postseason appearance, with the drought likely to continue this season.

A major reason for the team’s inability to reach the playoffs has been its suspect drafting the past several years, leading to a lack of roster depth.

Williams was part of Maccagnan’s first draft class, and the Jets were thrilled he fell to them at No. 6 after many considered him the best all-around player available going in. But, with him gone, none of the team’s six picks from that year remain on the team. The Jets had 12 draft picks in 2014 under then-GM John Idzik, but only wide receiver Quincy Enunwa remains from that class — and he is out for the season, and perhaps longer, with a second major neck injury in just over two years.