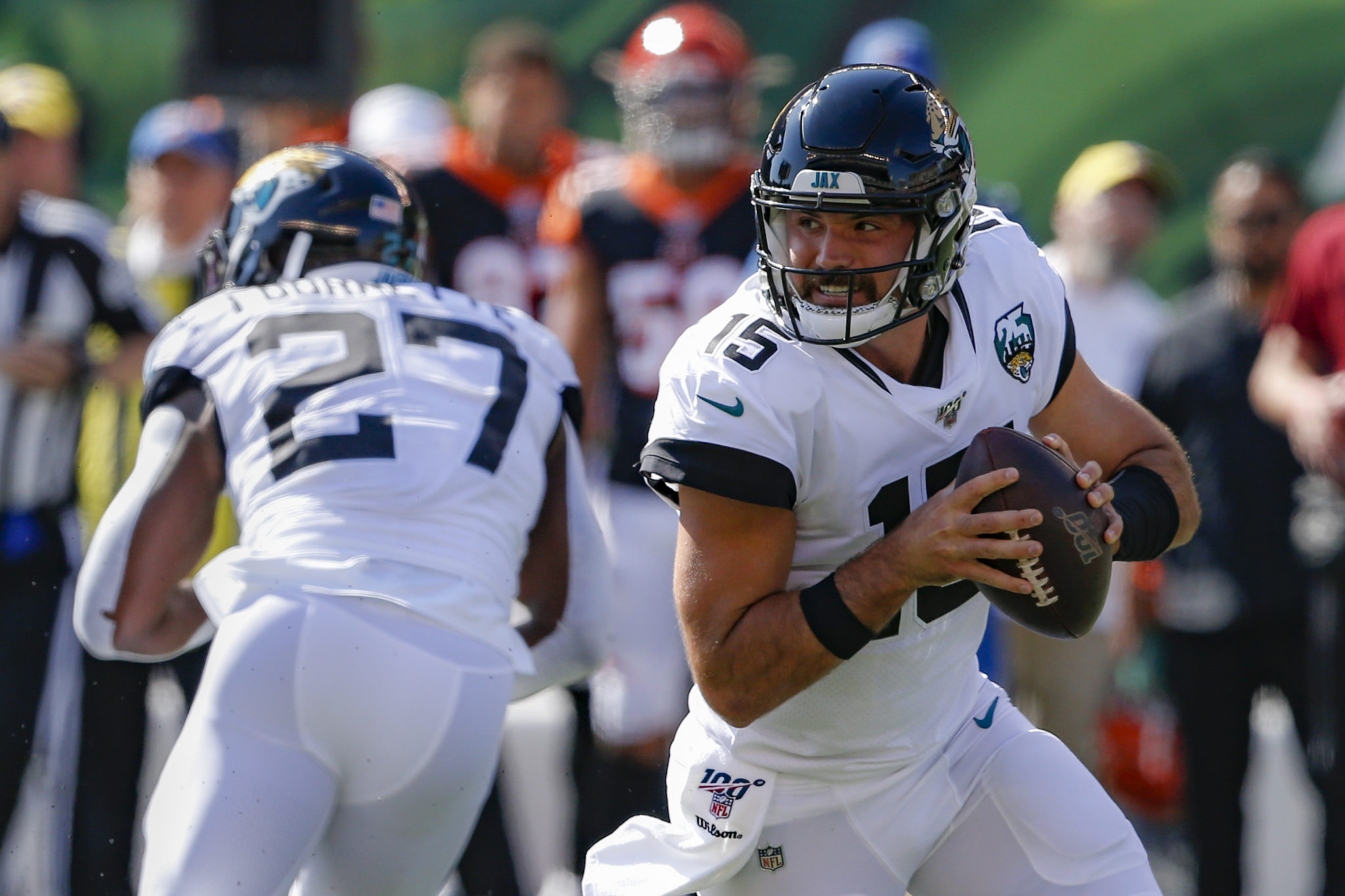 Gardner Minshew led a fourth-quarter touchdown drive that put Jacksonville ahead to stay Sunday, and Yannick Ngakoue returned an interception 23 yards to clinch a 27-17 victory over the winless Cincinnati Bengals.

The Jaguars (3-4) managed only field goals by still-perfect Josh Lambo until their rookie quarterback and their depleted defense made game-turning plays at the end.

The win capped a week in which the Jaguars traded disgruntled cornerback Jalen Ramsey to the Rams for three draft picks. Their defense picked off Andy Dalton three times in the fourth quarter to put it away.

The wait goes on for first-year Bengals coach Zac Taylor, whose team fell to 0-7 for the first time in 11 years.

Minshew was solid a week after his so-so performance in a 13-6 loss to the Saints. The rookie completed 15 of 32 for 255 yards, including a 2-yard touchdown pass to Keelan Cole for a 17-10 lead early in the fourth quarter. Minshew also scrambled for 48 yards.


The Bengals were booed repeatedly during another inept performance. Cincinnati managed only 33 yards rushing — all by quarterback Andy Dalton. Myles Jack picked off Dalton at the Jacksonville 10 to preserve the late lead, and Ngakoue’s interception return off a floating pass put it away.

Ronnie Harrison also picked off Dalton, who was 22 of 43 for 276 yards with a touchdown.

Alex Erickson provided the bulk of Cincinnati’s offense, having a career day with eight catches for 137 yards. He had receptions of 12, 48 and 27 yards on the Bengals’ touchdown drive late in the first half.

Lambo was good on all four field goal tries, leaving him 18 for 18 this season. Leonard Fournette piled up 131 yards against the NFL’s worst run defense.

Cincinnati managed only 110 yards in the first half — including minus-2 rushing — but its only drive resulted in a touchdown on Dalton’s 2-yard pass to Joe Mixon for a 7-6 halftime lead.

Jaguars: The defense was depleted by the fourth quarter. In the first half, LB Najee Goode suffered a foot injury and LB Cam Robinson had a toe injury. In the second half, DT Marcell Dareus had an abdominal injury and LB Quincy Williams left with a hamstring injury.

Bengals: CB Darqueze Dennard returned after missing all of camp and the first six games while recovering from knee surgery in March.

Jaguars: host the Jets on Sunday.