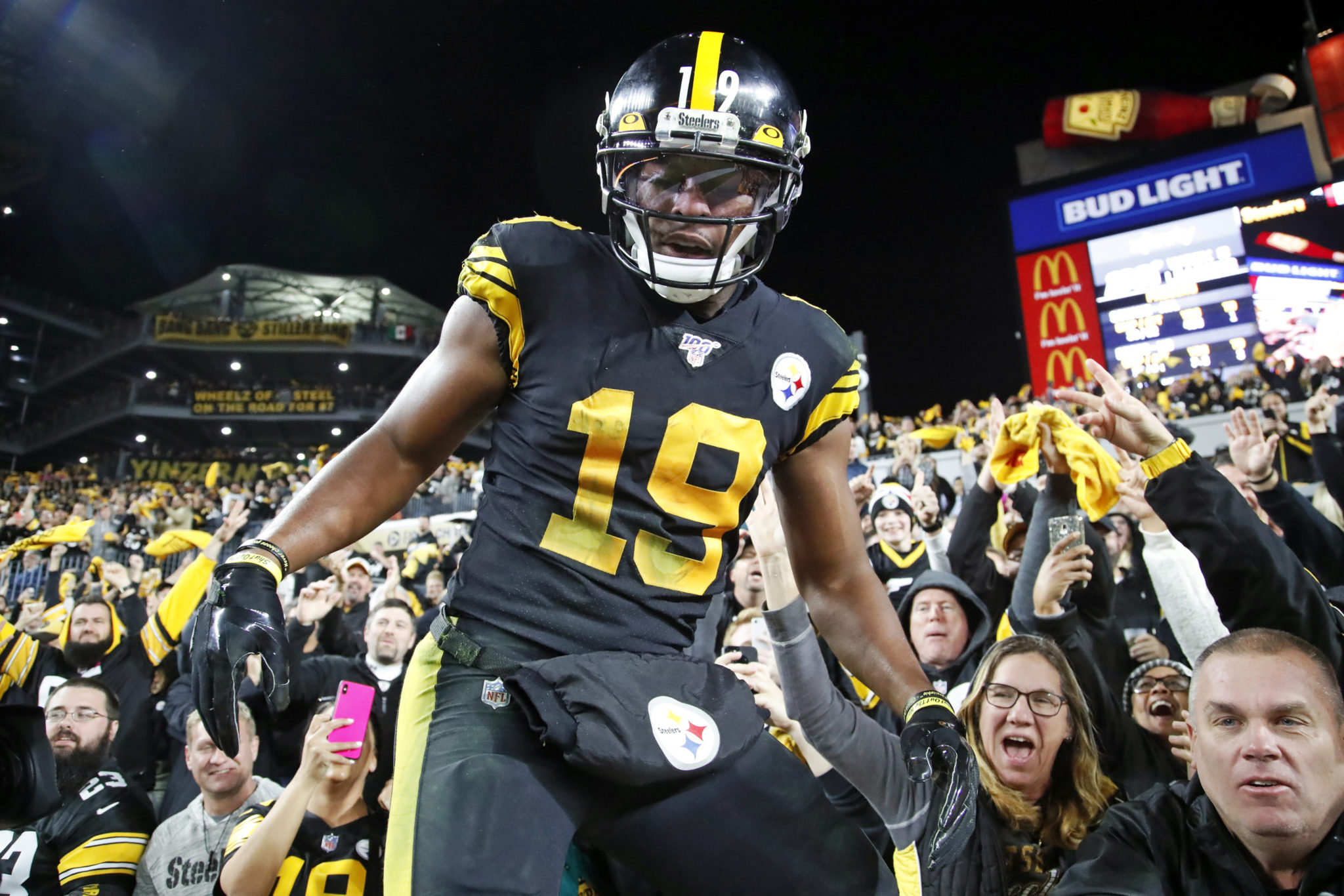 Mason Rudolph heard the boos. They were impossible to miss as the minutes passed, the mistakes piled up and the Pittsburgh Steelers found themselves down two scores on Monday night to arguably the worst team in the NFL.

Turnovers. Dropped passes. Penalties. Missed opportunities. For the better part of 30 minutes, it was hard to tell if the Steelers or the Miami Dolphins were the team in the midst of a massive rebuild.

“I would have booed that performance too,” Rudolph said. “Coming out slow and it’s the Pittsburgh Steelers. There’s a standard here and we weren’t meeting it at the time.”

Eventually, however, Rudolph found his footing. Eventually, the Dolphins morphed back into the team playing for a shot at the top pick in the draft. And eventually the Steelers avoided an embarrassing loss that would have effectively ended the competitive portion of their season by rallying for a 27-14 victory.

Rudolph threw for 251 yards and two touchdowns in his first start after getting knocked unconscious earlier this month against Baltimore, and James Conner added 145 yards and a touchdown on the ground as Pittsburgh (3-4) won consecutive games for the first time since ripping off six straight in the middle of last season.

“You dig a big of a whole there in the first half and I was proud of the way we responded,” Rudolph said.


Rudolph stressed he wasn’t worried about the long-term effects of a frightening concussion he suffered against Baltimore on Oct. 6, when he was knocked cold on a helmet-to-helmet hit by Ravens safety Earl Thomas. Still, he looked shaky at best during an ugly opening quarter that saw the Dolphins grab their first two-touchdown lead over any opponent in more than a year.

Pittsburgh’s first possession ended with Rudolph throwing a pick to Xavien Howard — back in the lineup after missing two games with a knee injury — and its second ended with Rudolph misfiring badly on fourth down. Yet he remained upbeat amid the growing pains and eventually things started to click. Rudolph completed 20 of 36 passes, including a 45-yard touchdown to rookie Diontae Johnson late in the second quarter and a 26-yard strike to JuJu Smith-Schuster in the third quarter that put the Steelers firmly in control.

“We needed to get him going early on because all it takes is that one big play for him,” Pittsburgh wide receiver James Washington said. “His mind is going. He’s got that adrenaline going and (once) we started moving the ball down the field running and passing, we were on.”

Ryan Fitzpatrick passed for 190 yards with two touchdowns and two picks, both to Steelers safety Minkah Fitzpatrick, who orchestrated a trade from Miami to Pittsburgh last month. But a rare hot start couldn’t prevent Miami from staying winless through seven games for the first time since 2011. The Dolphins have dropped 10 straight dating to last season.

The Dolphins, in the midst of an exhaustive rebuild under first-year coach Brian Flores — a process that included trading running back Kenyan Drake to Arizona on Monday for a conditional sixth-round pick in next year’s draft just hours before kickoff — showed their first extended signs of life in an already lost season.

Ryan Fitzpatrick’s two touchdown passes gave Miami — a 14-point underdog — a 14-point advantage for the first time since Oct. 7, 2018. The Dolphins couldn’t hold on then, allowing the Bengals storm back for a victory. A year later, not much has changed. The Steelers pulled within 14-10 at the break thanks to the first of Minkah Fitzpatrick’s two interceptions and an odd defensive play call by the Dolphins.

Leading by 11 points and with Pittsburgh facing third-and-20 outside of field goal range, Miami opted to blitz and didn’t bother to guard Johnson, who took a short pass from Rudolph and used a couple of downfield blocks by Washington to weave his way 45 yards to the end zone.

“Wanted to be aggressive,” Flores said. “We can second guess a lot of calls. I’m not going to second guess that one. I thought we had success with the call, and they made a play.”