NFL says preseason concussion rate was up sharply this year 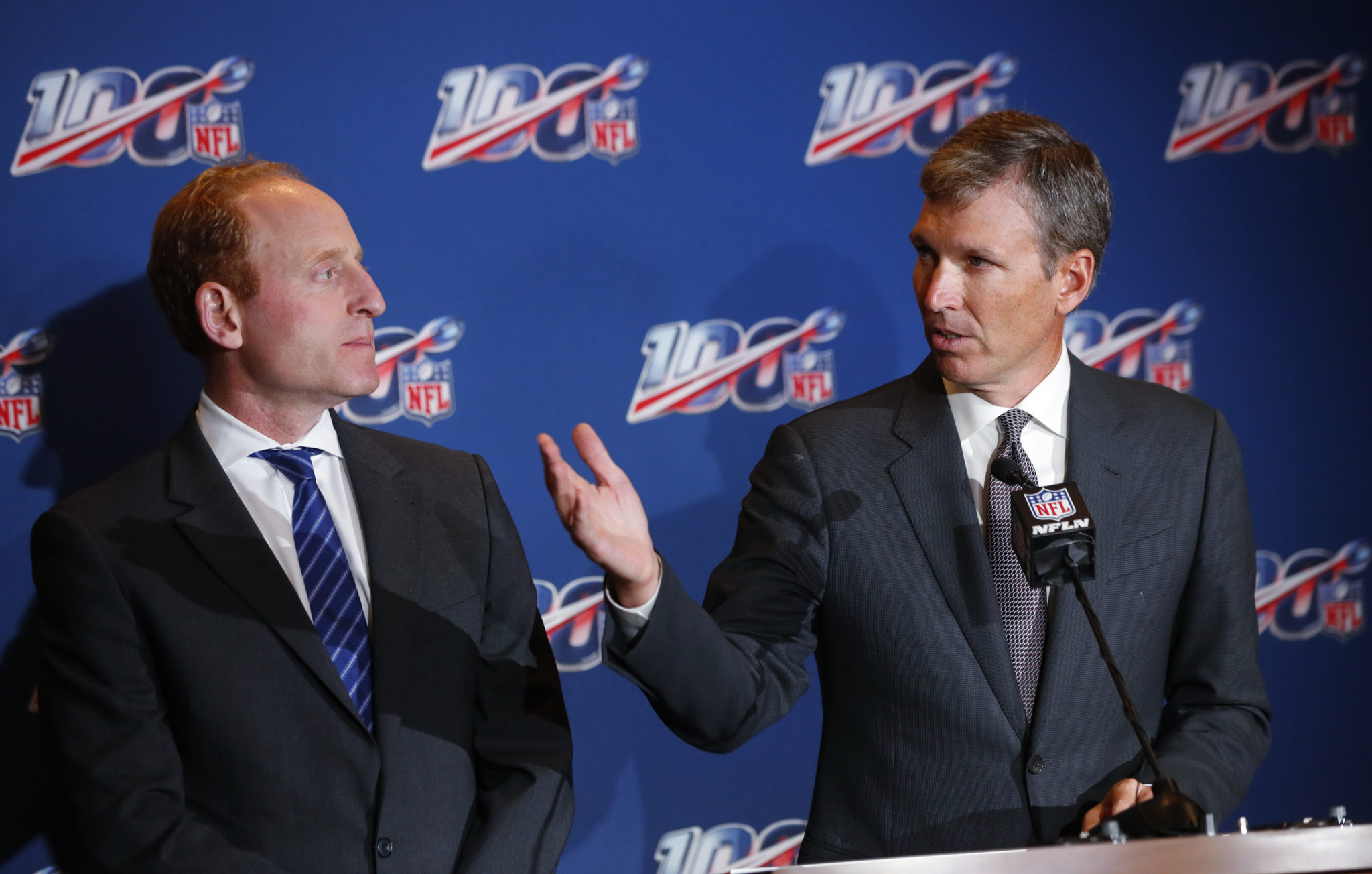 The NFL says the number of concussions in exhibition games this year rose to 49 from 34 in 2018, an increase of 44% and a setback in efforts to reduce brain trauma.

“We have more work to do,” said Dr. Allen Sills, the league’s chief medical officer, at the owners’ meetings Tuesday.

Concussions in preseason practices fell to 30 from 45 in 2018, perhaps a reflection of the NFL’s decision this year to eliminate drills that involve especially violent one-on-one contact. The total of 79 preseason concussions in practice and games was the same a year ago.

ACL injuries during the preseason declined to 16 from 28 in 2018. But the concussion rate in exhibition games was the highest since 2015.

“Progress in helmet safety is not always linear,” Sills said.

More study regarding preseason concussions is planned to assess who is being injured and how. It is disproportionately rookie and first-year players, which underscores the need to teach proper techniques and rules to players new to the league, Sills said.


“A lot of the players who have been injured in games don’t end up making the roster,” he said.

Players are adopting at an unprecedented rate helmets deemed the safest by the league and players association. All but 13 players, or 99%, were using the helmets in Week 5 of this season, compared with 41% two years ago, the league said.

Owners also discussed the new rule approved as a one-year experiment that allows pass interference calls or non-calls to be challenged by coaches and reviewed via replay. The rule hasn’t quelled debate about such calls.

Rich McKay, Atlanta Falcons president and a member of the NFL competition committee, said it’s too soon to say whether the rule is a success.

“I don’t think we would give a summation on whether a rule that has been in place for six weeks is working or not,” McKay said. “Let’s let the season play out.”

Through Week 6, the league has had 44 reviews related to pass interference, and the on-field ruling was reversed seven times.

McKay noted that pass interference is subjective, which makes reviews of such potential penalties difficult.

“We knew that would lead the disagreement,” McKay said. “That didn’t mean we shouldn’t do it.”