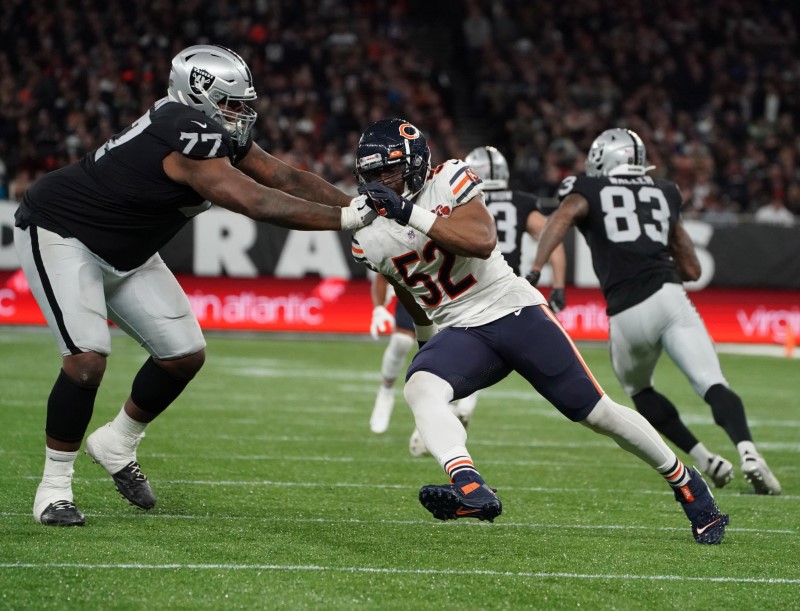 Oakland Raiders offensive lineman Trent Brown is facing a civil lawsuit from the mother of his child, who is accusing him of domestic violence.

The woman, identified as Diorra Marzette-Sanders, said Brown “bruised, bloodied and battered” her on numerous occasions over the past two years.

The woman began dating the 6-foot-8, 380-pound tackle in March 2017, and their child was born in January 2019, according to the lawsuit, which was filed in Alameda County Superior Court in California.

Also described is an incident in which Marzette-Sanders claims that when she told Brown, 26, she was leaving and taking their child, he said he would “shoot yo ass in the f—ing head before you walk out that door with my son.” According to the lawsuit, he kicked the woman out of the house they shared in June.


The lawsuit is requesting a jury trial and seeking unspecified compensation, including punitive damages. Brown could face punishment for the NFL if he is found to be in violation of the league’s personal conduct policy.

“We attempted to get this matter resolved amicably,” Marzette-Sanders’ lawyer Waukeen McCoy told USA Today Sports, “and we were unsuccessful.”

The 49ers selected Brown in the seventh round of the 2015 NFL Draft, and he played three seasons with San Francisco before being traded to the New England Patriots. He signed a four-year, $66 million contract with the Raiders in March, becoming the highest-paid lineman in the NFL in terms of annual average contract value. He has played in all five games for the Raiders (3-2).

The Raiders have not commented on the lawsuit.