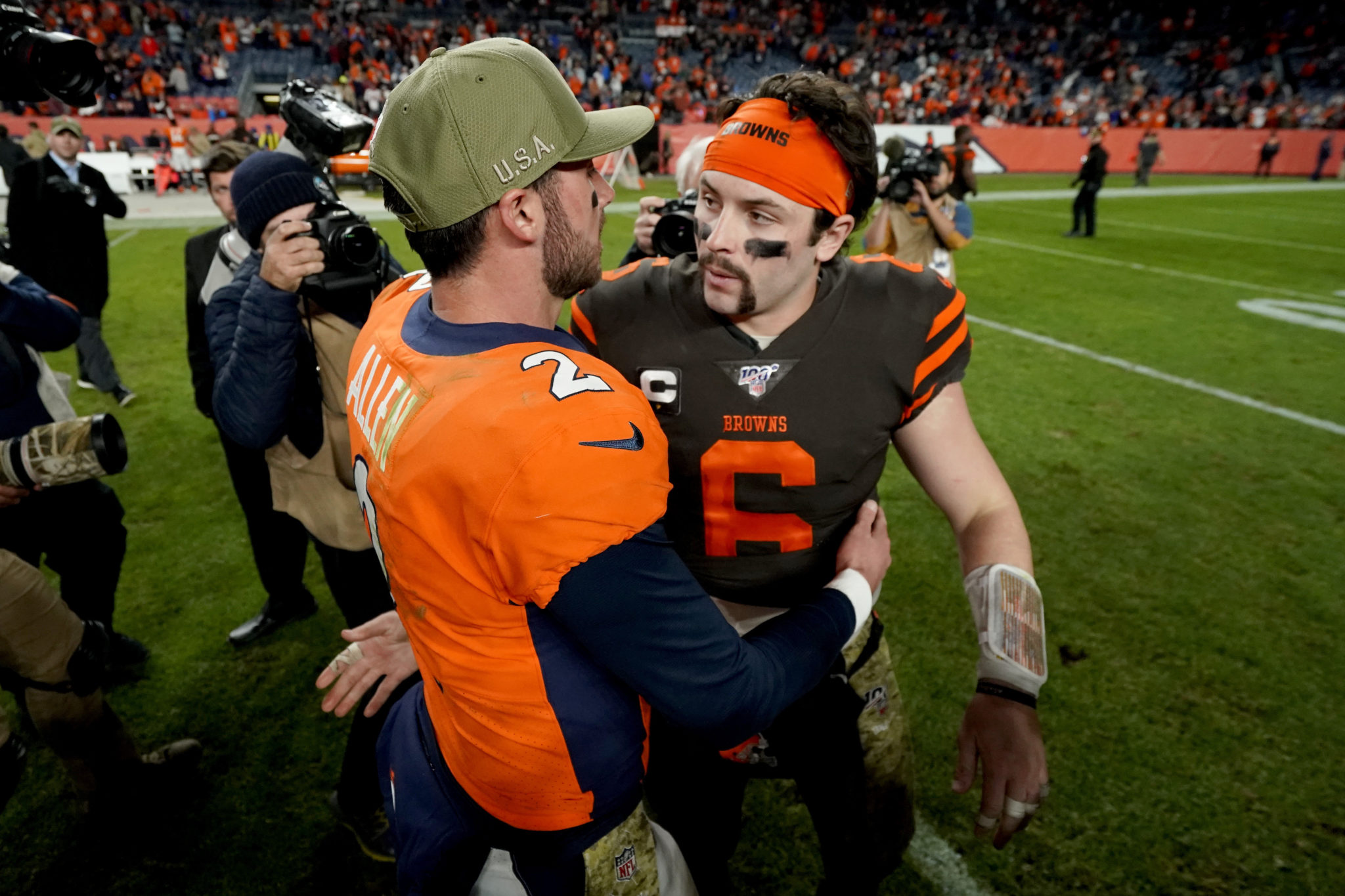 Brandon Allen slept like a baby before jolting the Denver Broncos’ sleepy offense.

“Yeah, I slept fine,” Allen said after leading the Broncos past the Cleveland Browns 24-19 Sunday in his NFL debut, 1,402 days after his last start at the University of Arkansas.

Allen’s numbers weren’t overwhelming — 12 of 20 for 193 yards — but his addition to the offense was dazzling.

“We’re not ready to put him in Canton yet, but overall very pleased with his play,” Broncos coach Vic Fangio said.


A week after Joe Flacco criticized the Broncos’ conservative play-calling before a neck injury ended his season, first-year offensive coordinator Rich Scangarello called his best game yet, customizing his game plan with the pistol, bootlegs and other garnishes with Allen’s mobility added to the mix.

“Great game plan by Rich. I think he did a lot of things that tailored to my strengths, called a lot of pass concepts I was able to get through quickly and if there was nothing there, I’d be able to use my legs and run,” Allen said. “So, I thought he did an incredible job calling the game, especially at the end.”

That’s when Scangarello busted out a direct snap to running back Phillip Lindsay, whose 16-yard gain for the first down sealed the win and was every bit as impressive as his 40-yard scamper that set up a first-half field goal or his 30-yard TD run in the third quarter.

Allen threw two TDs — a 21-yard pass to Courtland Sutton and a 75-yarder to rookie tight end Noah Fant — in his first start since the 2016 Liberty Bowl. He hadn’t worked with either teammate until Wednesday.

Allen said he was amped up at the start but finally settled down when Sutton saved him by pulling down his poorly thrown pass over cornerback Denzel Ward for the game’s first score.

“It made me feel pretty good because I made a terrible pass,” Allen said. “Anytime you make a throw you know you didn’t put in the right spot and they still make a play like that, it gives you a lot of confidence and it helps settle you into the game.”


While Sutton was making Allen look good, Denver’s defense made the Browns (2-6) look awful most of the afternoon.

Denver took a 17-12 halftime lead by holding Cleveland to four field goals after the Browns stalled at the Denver 21, 12, 9 and 13.

“It’s tough to win in the NFL when you only score three,” Odell Beckham Jr. said.

Twice the Broncos denied the Browns on fourth down in the second half.

Linebacker Todd Davis stuffed Mayfield on a keeper on fourth-and-inches at the Denver 5-yard line late in the third quarter, and Cleveland coach Freddie Kitchens lost a challenge on the call.

“When I looked over, the ball was crossed,” Mayfield said. “I’m sure the TV copy showed that I turned my body a little bit. The ball was a little bit closer to the measurement than I think was portrayed. It’s a tough one. I told Freddie to challenge it because I was pretty sure that I had it.”

After that, Allen directed a 95-yard touchdown drive with Lindsay taking it in from 30 yards out to make it 24-12.

The Browns pulled to 24-19 on Jarvis Landry’s 9-yard TD catch after a debatable pass interference on a third-down incompletion gave Mayfield a new set of downs inside the 10.

The Browns reached Denver’s 28 with 3:23 left and called their last timeout before Kareem Jackson and Davontae Harris broke up Mayfield’s pass to Landry on fourth-and-4.


Allen’s first NFL action came in his fourth season in the league and after he’d been cut by the Jaguars and Rams.

With rookie Drew Lock (thumb) returning from injured reserve after the upcoming bye week, Allen said he isn’t concerned about how long he’ll be the starter, either.

“Whatever opportunities I get I’m going to take advantage of,” Allen said. “If that’s one more game or 10 more games.”