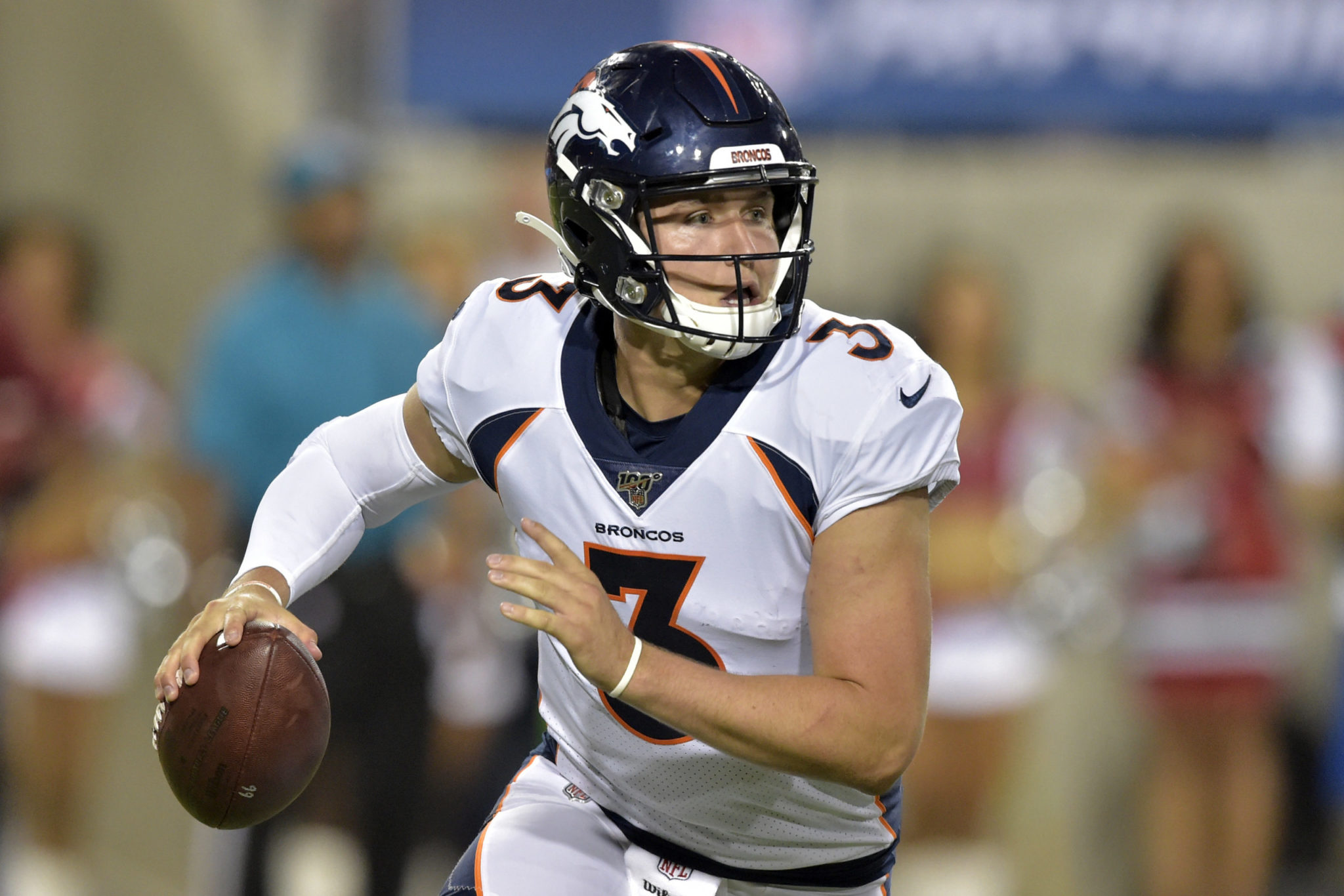 Lock spent the first three months of the season on IR after sustaining a thumb injury in a preseason game against San Francisco on Aug. 19.

In three preseason appearances, the second-round pick (42nd) from the University of Missouri completed 31 of 51 passes (61 percent) for 245 yards with one touchdown and one interception. He also ran three times for 28 yards.

Lock threw for the second-most yards (12,193) and third-most touchdowns (99) in SEC history during his four-year college career.

Lock got about three-fourths of the snaps at practice this week with Brandon Allen getting the rest. Allen has started the last three games, going 1-2, after veteran Joe Flacco (neck) went on IR.

Still, coach Vic Fangio has declined to say whether Lock will start Sunday when the Broncos (3-8) host the Chargers (4-7), a delay that could be seen as a motivational ploy for Lock, gamesmanship with his opponent or even a sign that he’s not sold on a switch to the raw rookie.