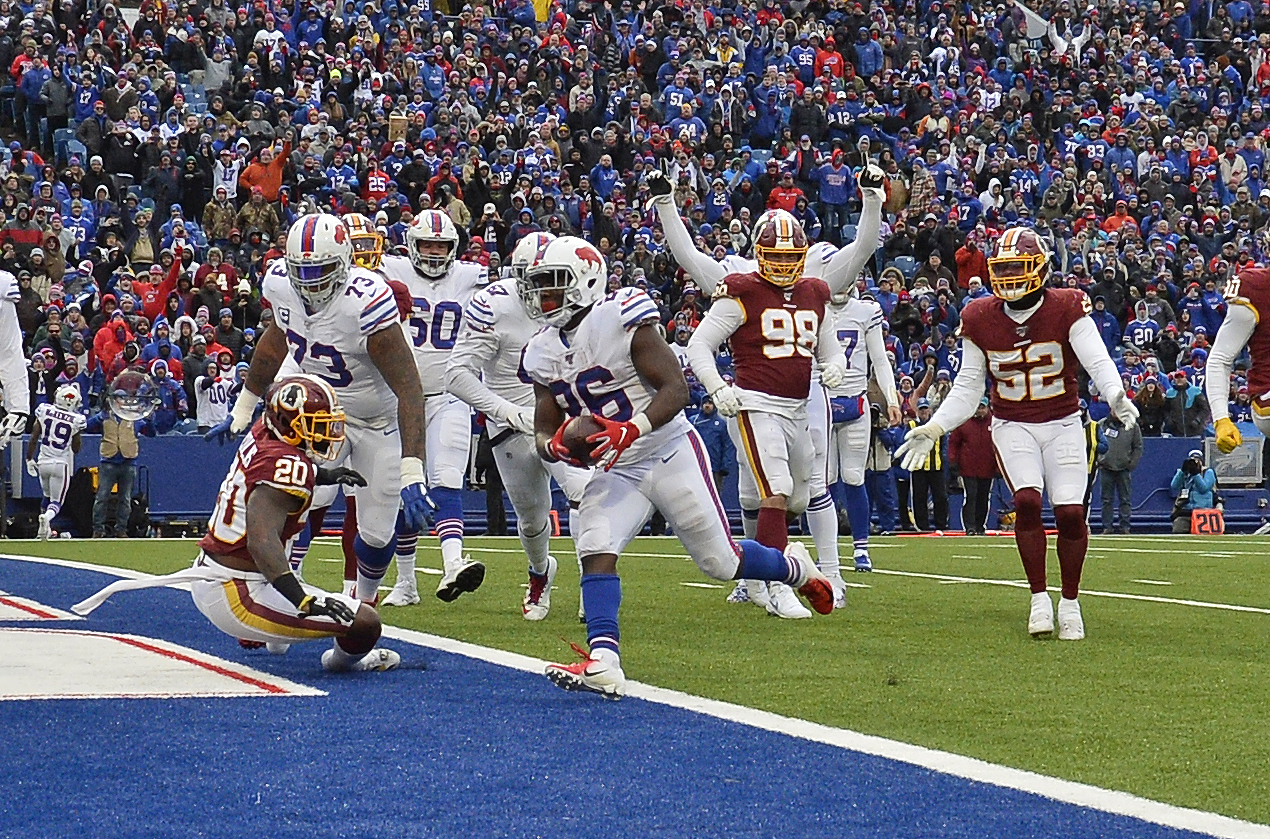 Rookie Devin Singletary had 95 yards rushing, including a 2-yard touchdown, and the Buffalo Bills are off to their best start since 1993 following a 24-9 win over the Washington Redskins on Sunday.

Josh Allen had a touchdown pass and scored on a 1-yard plunge for the Bills, who improved to 6-2 — a record built on victories over some of the NFL’s worst teams.

The Bills’ wins have come against teams that entered this weekend with a combined record of 7-31. And their latest came against a team that’s already fired its coach and was down to its third quarterback, with rookie first-round pick Dwayne Haskins making his first career start. Washington (1-8) matched its worst start since 1998.

Singletary took advantage of his most playing time this season, appearing to displace Frank Gore as Buffalo’s featured running back.


With three catches for 45 yards, Singletary had a team-leading 140 yards from scrimmage. Allen went 14 of 20 for 160 yards, including a 6-yard touchdown pass to Cole Beasley.

With its two losses coming against AFC-leading New England and Philadelphia, Buffalo is enjoying its best first half of the season since a 7-1 start in 1993.

Haskins finished 15 of 22 for 144 yards passing and no turnovers while starting in place of Case Keenum, who is in the NFL’s concussion protocol. That’s an improvement for the player selected 15th out of Ohio State. Haskins entered the game having gone 12 of 22 for 140 yards and four interceptions.

Where Haskins was no different than Keenum was overseeing an offense that settled for field goals over touchdowns.

Dustin Hopkins accounted for all of Washington’s scoring by hitting field goals from 29, 33 and 39 yards, with two drives stalling inside Buffalo’s 20.

Adrian Peterson had 101 of his 108 yards rushing in the first half, topping 100 yards for the second time this season and 56th of his career.


Up 17-9, the Bills finally put the game away in the final six minutes, starting with cornerback Tre’Davious White sacking Haskins for a 9-yard loss. That forced Washington to punt from its own 4.

Buffalo led from the beginning after building a 17-3 lead on its first three possessions.

The Bills’ run defense was suspect in the first half, when Peterson had 101 yards on 10 carries.

Buffalo was coming off a 31-13 loss to Philadelphia in a game it allowed a season-worst 218 yards and three touchdowns rushing.

It didn’t get much better for Gore in the fourth quarter, when he was dropped for a 3-yard loss on third-and-1 from Buffalo’s 31.

Washington announced before kicked it signed safety and special teams captain Deshazor Everett to a three-year contract extension. He’s in his fifth season with Washington after being promoted from the practice squad.

Everett was inactive with an ankle injury, missing his fourth straight game.

The Bills on Saturday shuffled their defensive line by promoting Vincent Taylor off their practice squad and cutting Kyle Peko.

Buffalo: At the Cleveland Browns on Nov. 10.