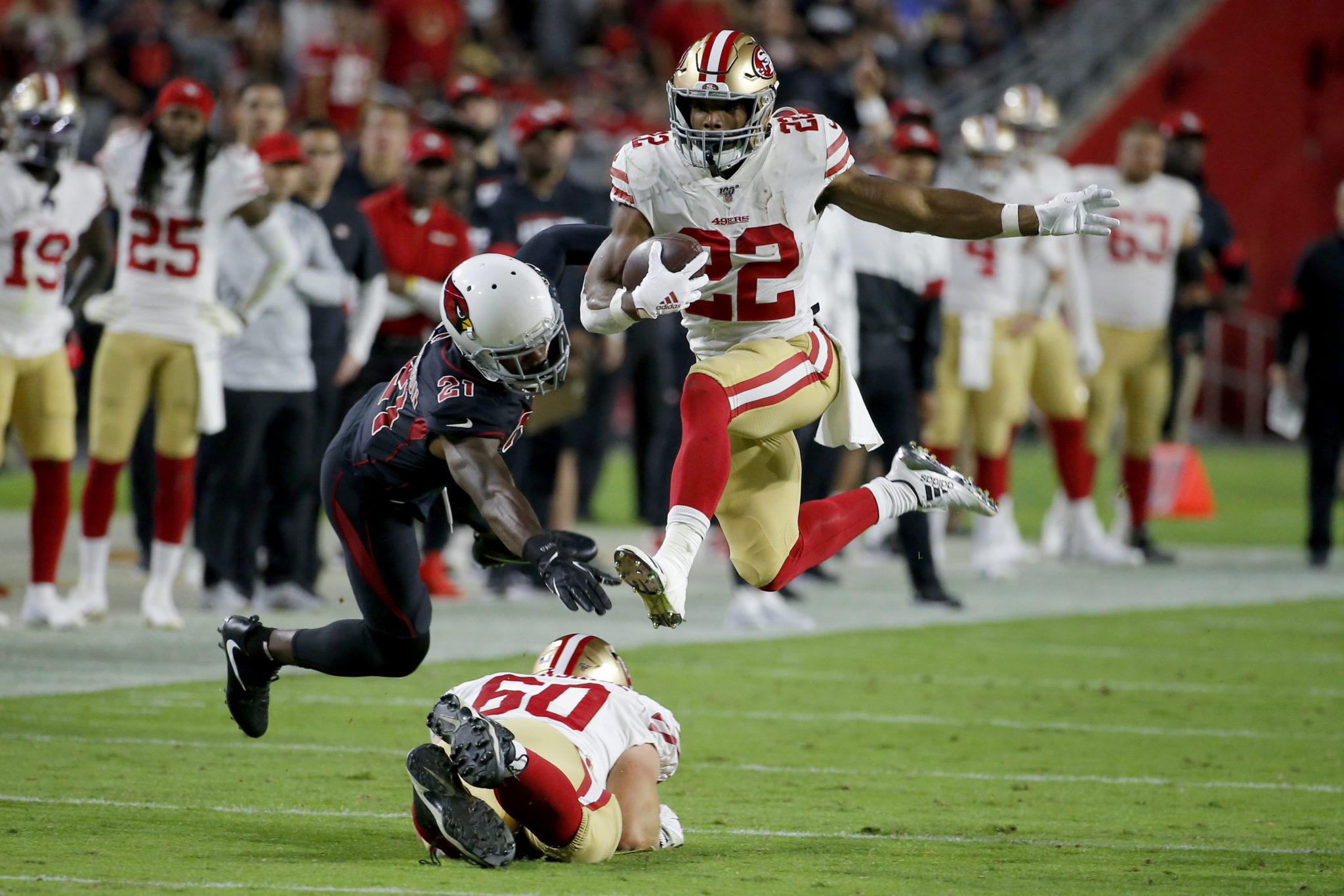 Jimmy Garoppolo threw for 317 yards and four touchdowns and the San Francisco 49ers reached the halfway point of their season undefeated, beating the Arizona Cardinals 28-25 on Thursday night.

San Francisco (8-0) fell behind 7-0, but responded with three touchdowns — one as time expired in the second quarter after Cardinals coach Kliff Kingsbury called a timeout and gave the 49ers a second chance on fourth down — to take a 21-7 halftime lead.

The 49ers were in control until about five minutes left in the fourth quarter, when Andy Isabella caught a short pass and sprinted for an 88-yard touchdown to help the Cardinals pull to 28-25.

But the 49ers were able to run out the clock on their ensuing offensive drive to end Arizona’s comeback. San Francisco’s Emmanuel Sanders caught seven passes for 112 yards and a touchdown.

The Cardinals came into the game without their top two running backs, David Johnson and Chase Edmonds, who were battling injuries.

Kenyan Drake — who was acquired by the Cardinals on Monday in a trade with the Miami Dolphins — ran for 36s yard on the first play of the game and capped the opening drive with a 4-yard touchdown run. He finished with a team-high 110 yards rushing and 52 yards receiving.

Arizona looked as if was about to escape the first half trailing 14-7 after San Francisco’s Jeff Wilson Jr. was stopped on fourth down just shy of the goal line with a few seconds remaining in the first half.

But there was one major problem for the Cardinals: Kingsbury called a timeout just before the play began.


The 49ers converted on their second chance when Garoppolo hit Sanders for a 1-yard touchdown pass and a 21-7 lead.

San Francisco’s off to an 8-0 start for the second time in franchise history. The Niners won 10 straight games to start the 1990 season.

This year’s streak has included five road wins. The 49ers have three straight home games starting with the Seahawks on Nov. 11.