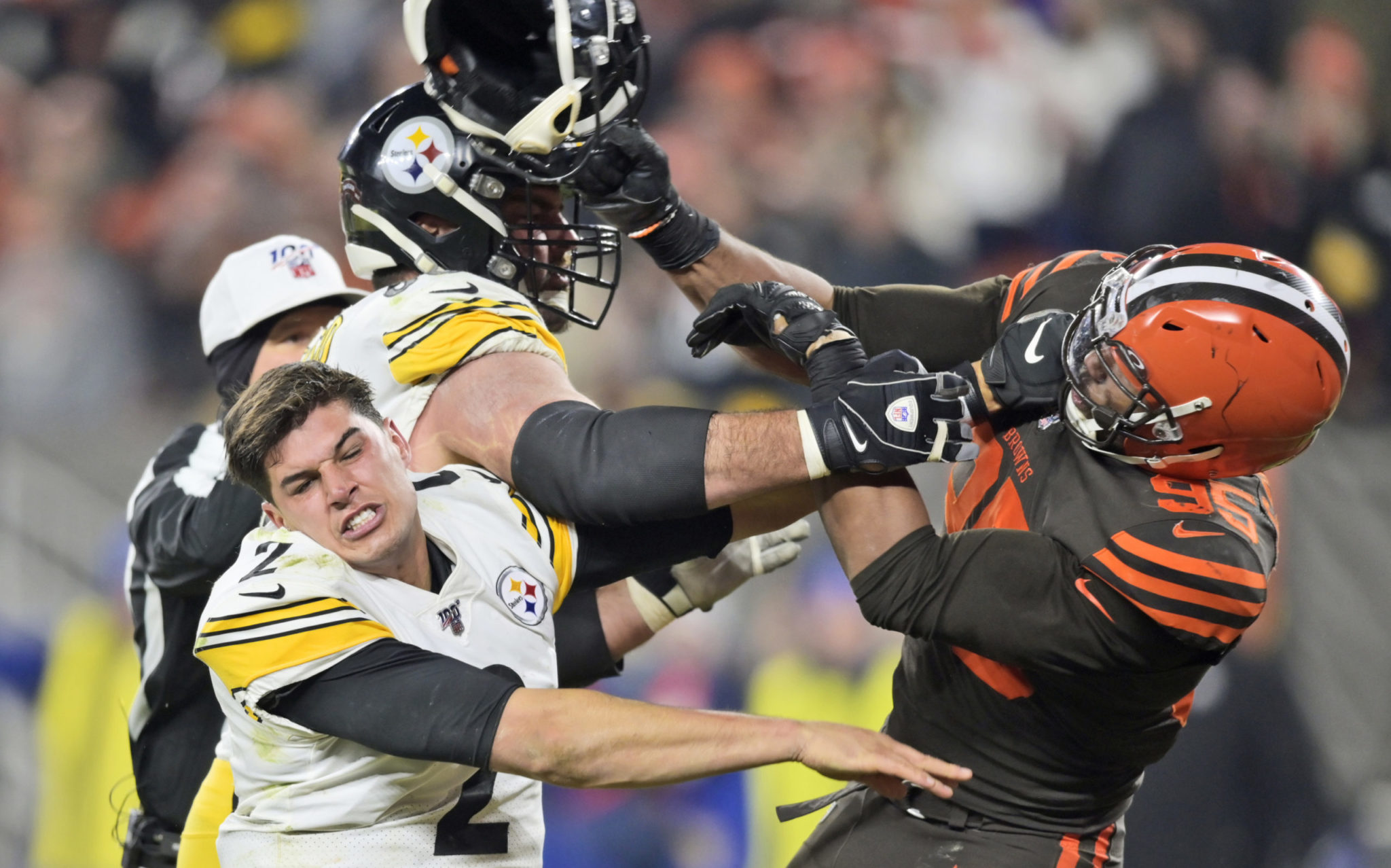 The NFL said on Thursday it found no evidence to support allegations that Pittsburgh Steelers quarterback Mason Rudolph used a racial slur against Cleveland Browns defensive end Myles Garrett prior to their fight during last week’s game.

Garrett was ejected in the closing seconds of the game in Cleveland after ripping Rudolph’s helmet off and striking him on the head with it.

Hit with an indefinite suspension, Garrett will miss the rest of the regular season and any playoff games and must meet with the commissioner’s office before a decision on his reinstatement will be taken.

The suspension was upheld on Thursday.

The NFL has fined Rudolph for his role in the fight.

ESPN reported that during Garrett’s appeal hearing on Wednesday in New York he alleged that Rudolph used a slur but the NFL said on its website that it had found no evidence to substantiate the allegation.


The Steelers issued a statement saying their quarterback denied the allegation.

“Mason vehemently denies the report of being accused of using a racial slur during the incident Thursday night in Cleveland,” the Steelers said.

Garrett said on Twitter: “I know what I heard.

“I was assured that the hearing was space that afforded the opportunity to speak openly and honestly about the incident that led to my suspension,” he tweeted.

“This was not meant for public dissemination, nor was it a convenient attempt to justify my actions or restore my image in the eyes of those I disappointed. “Whether my opponent’s comment was born out of frustration or ignorance, I cannot say. But his actions do not excuse my lack of restraint in the moment, and I truly regret the impact this has had on the league, the Browns and our devoted fans.”