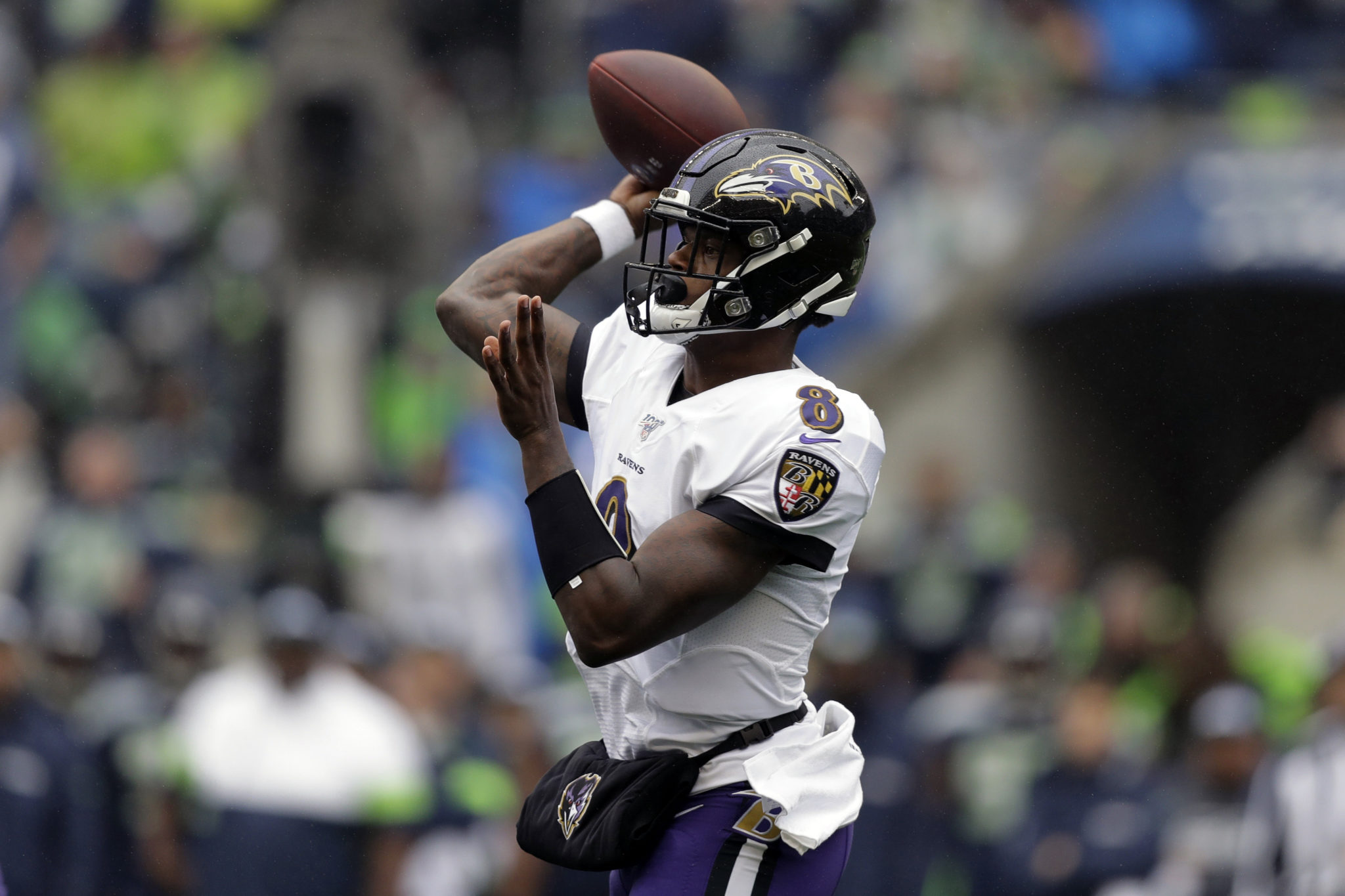 Lamar Jackson is off to a sensational start with his arm and his legs, putting up eye-popping numbers in his second NFL season. The Baltimore quarterback knows he has a long way to go, though, to become great.

He’ll see Exhibit A on the other sideline when the Ravens host Tom Brady and the undefeated New England Patriots on Sunday night in one of the more intriguing matchups of Week 9.

While Brady has Jackson’s vote for the “Greatest of All Time” at quarterback, the New England star is hardly satisfied — even with all those rings and records. The Patriots are looking for their third 9-0 start in franchise history and second in five years.

“You have to sharpen your tools,” Ravens defensive tackle Brandon Williams said, “because they’re definitely sharpening theirs.”


It all starts with Brady, of course. But Bill Belichick’s bunch has also been doing it with a downright stingy defense.

The Patriots lead the NFL in points allowed per game (7.6) and have scored as many defensive touchdowns as they have allowed: four.

“We’ll see how good they are once we play them,” Ravens tight end Nick Boyle said. “I don’t think they’ve seen anything like our offense or like Lamar.”

In fairness, few have.

The dynamic Jackson is the only player in the NFL with at least 1,500 yards passing and 500 yards rushing this season. Jackson also ranks 10th overall in the league with 576 yards rushing — more than seven teams total.

“He’s a major problem and everybody’s had trouble with him,” Belichick said. “It’ll be a big challenge for us. Yeah, he can do it all. He can run, he can throw, can throw on the run, can extend plays. He’s tough.”