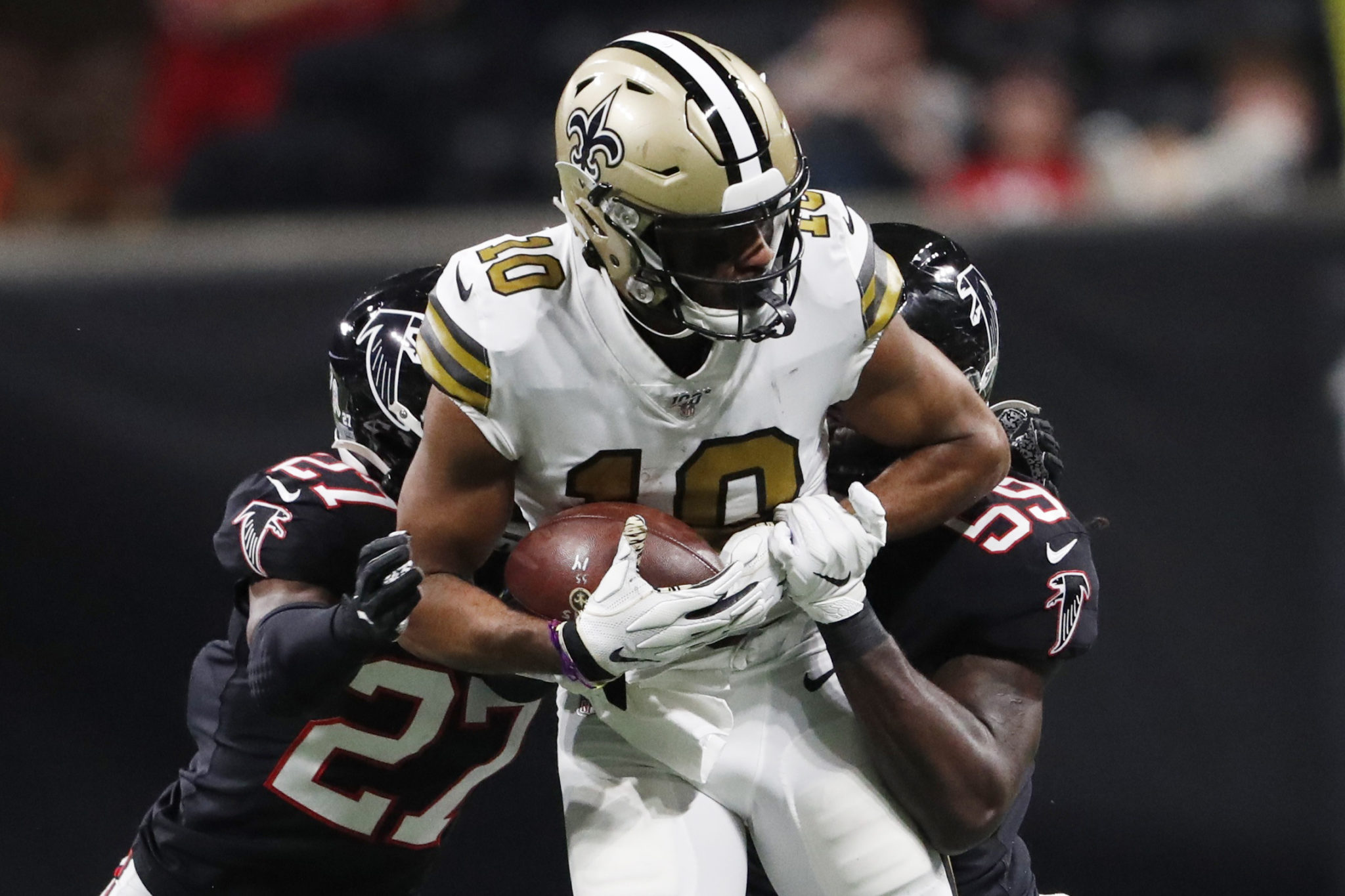 Taysom Hill blocked a punt to set up his 3-yard touchdown catch, later scored on a 30-yard run and the New Orleans Saints clinched their third straight NFC South title by beating the Atlanta Falcons 26-18 on Thursday night.

With Julio Jones inactive due to a shoulder injury, the Falcons had too little offense to keep pace with Drew Brees and the Saints. Atlanta recovered two onside kicks in the closing minutes, including one with 1:54 remaining, to make things interesting.

The versatile Hill blocked Ryan Allen’s punt to end Atlanta’s first possession. The Saints took over at the Falcons 30, and four plays later Hill scored his first touchdown on the short pass from Brees.

Hill took a direct snap and ran 30 yards for his first rushing touchdown of the season to give New Orleans a 17-6 lead late in the first half.

The disappointing Falcons (3-9) solidified their hold on last place in the division with their second straight home loss.

Atlanta running back Devonta Freeman returned after missing two games with a foot sprain. Freeman ran for 51 yards on 17 carries.

Ryan fumbled in the fourth quarter when hit by Marcus Davenport. Vonn Bell’s recovery set up Will Lutz’s fourth field goal, from 45 yards.

Eli Apple’s 22-yard pass-interference penalty helped extend an Atlanta drive that ended with a fourth-down incompletion from the Saints 2.


Apple drew another pass interference call, this one a 35-yarder, and on the next play Ryan found tight end Jaeden Graham for an 18-yard touchdown pass that cut the Saints’ lead to 7-6, following Younghoe Koo’s missed extra point.

Koo also missed a 42-yard field goal before making a 45-yarder with 3 seconds remaining in the first half. Koo was good from 43 yards late in the game.

With Jones missing a game for the first time since 2016, and Atlanta tight ends Austin Hooper and Luke Stocker held out with injuries, Ryan had to look for new targets.