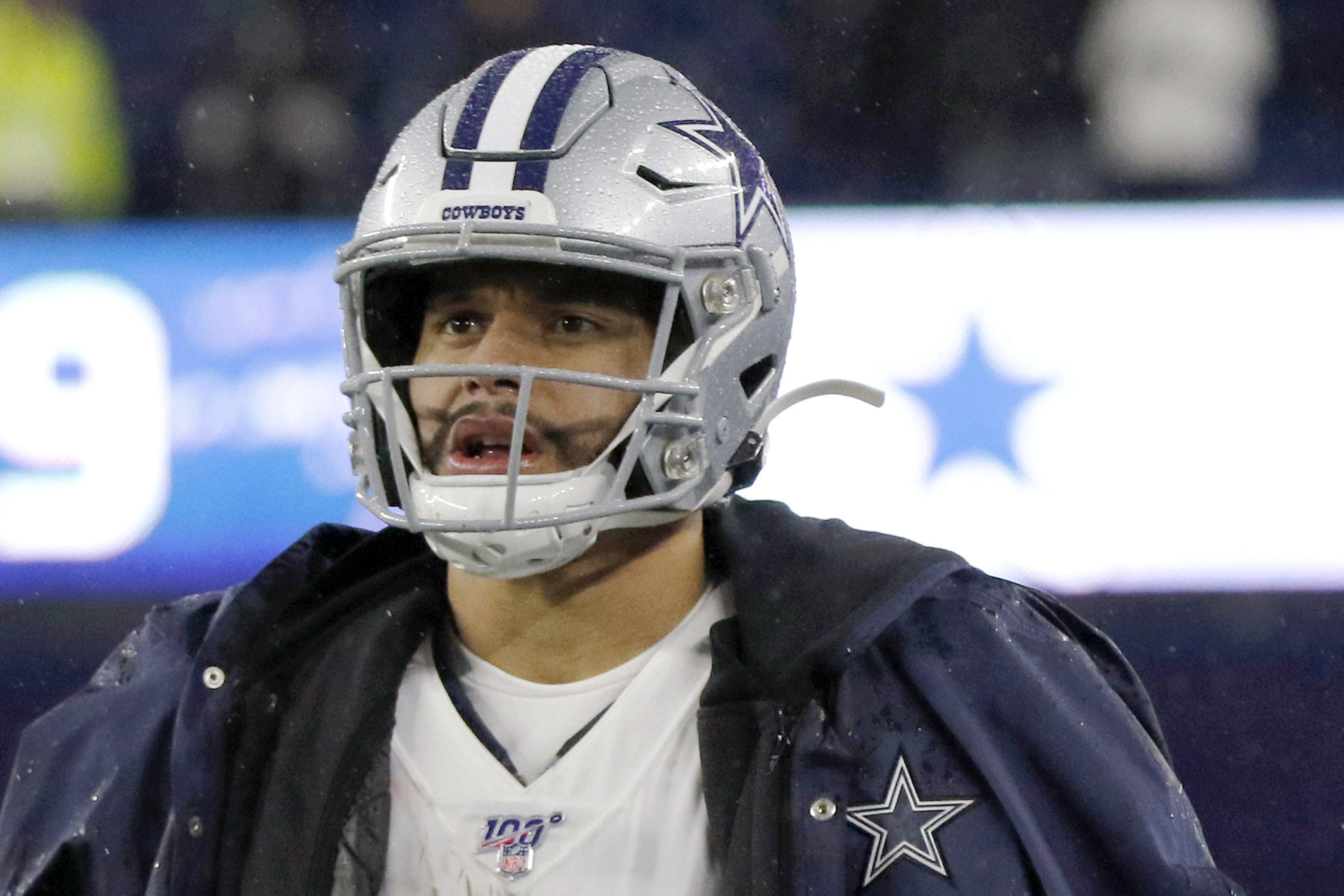 The annual short week of Thanksgiving gives the Dallas Cowboys more than just a way to keep from stewing too long over yet another loss that illustrated they don’t seem capable of the long playoff run owner Jerry Jones so badly craves.

The quick turnaround to face Buffalo on Thursday gives the coaching staff a reprieve because a change with so little time to prepare doesn’t make much sense — even after Jones blasted the coaching staff following a rain-soaked 13-9 loss to New England.

The Cowboys (6-5) still lead the NFC East with a clear path to their fourth postseason berth since 2014 under coach Jason Garrett. But simply making the playoffs probably isn’t going to be enough to get Garrett another contract following the final season of his current one.


And therein lies the problem for Dallas, because it has yet to beat a winning team and has losses to four division leaders (that includes Green Bay and Minnesota, tied atop the NFC North).

In other words, Dallas can handle teams that won’t be in the playoffs. But the Cowboys can’t come through against the teams that will stand between them and their first trip to the NFC championship game since the last of their five Super Bowl titles to finish the 1995 season.

“Fortunately, in some way, we still control our destiny,” quarterback Dak Prescott said. “We’ve just got to figure it out and beat some of these good teams to put ourselves in position to make it to that tournament and to be able to beat those teams then.”

While suggesting that there was no shame in getting outcoached by six-time title-winner Bill Belichick, Jones pinned poor special teams play squarely on coaching. He didn’t name special teams coordinator Keith O’Quinn, a veteran Dallas staffer promoted to that spot last year.

The game’s only touchdown came on a 12-yard drive after a blocked punt, and the Cowboys repeatedly cost themselves field position with bad decisions or penalties in the kicking game.


Hall of Fame quarterback Troy Aikman, a three-time Super Bowl winner for Cowboys, didn’t hesitate to question it as the Fox television analyst. It wasn’t the only time in the fourth quarter Aikman pinned issues for Dallas on coaching.

“It’s frustrating to be reminded of the fundamentals of football and coaching that beat us out there,” Jones said. “There is no question (Belichick) put pressure on people returning the kicks and people handling the ball on special teams. There is no question that he used that to put some special emphasis on it. So yeah, I’m frustrated.”

The most impressive aspect against the Patriots was the rushing attack with Ezekiel Elliott. Dallas probably should have used the two-time rushing champion more considering the conditions.

A two-game stretch with seven forced turnovers is looking like a fluke for the Dallas defense. The loss to New England was the third straight game without one, when a takeaway might have been the best way to escape the miserable conditions with a victory.

The solid work of the offensive line was magnified by a questionable tripping call against center Travis Frederick that wiped out a first-down completion with the Cowboys trying to drive to a potential winning touchdown in the final two minutes. Dallas turned it over on downs. Prescott wasn’t sacked and has gone down 12 times this season, tied for fourth fewest in the NFL.

Prescott’s preparation. This isn’t to suggest any change in his work during the week, which is repeatedly praised by coaches. But Prescott kind of blew off a question from reporters about the possibility of rain in New England, and didn’t realize until a couple of series into the game that he needed a glove for better ball handling. He acknowledged after the game that playing without gloves early hurt the team.

Safety Jeff Heath kept playing while clearly in significant pain from injuries to both shoulders that kept him out last week.

Zero — Receiver Amari Cooper went without a catch for the first time since joining the Cowboys in a midseason trade last year. He was taken out of the game by 2018 All-Pro Stephon Gilmore.

The Cowboys don’t have to wait long for a chance to get their first victory over a winning team. The Bills (8-3) are similar to Dallas in that most of their wins have come against struggling teams, but they’re in a much better place mentally than the Cowboys at the moment.