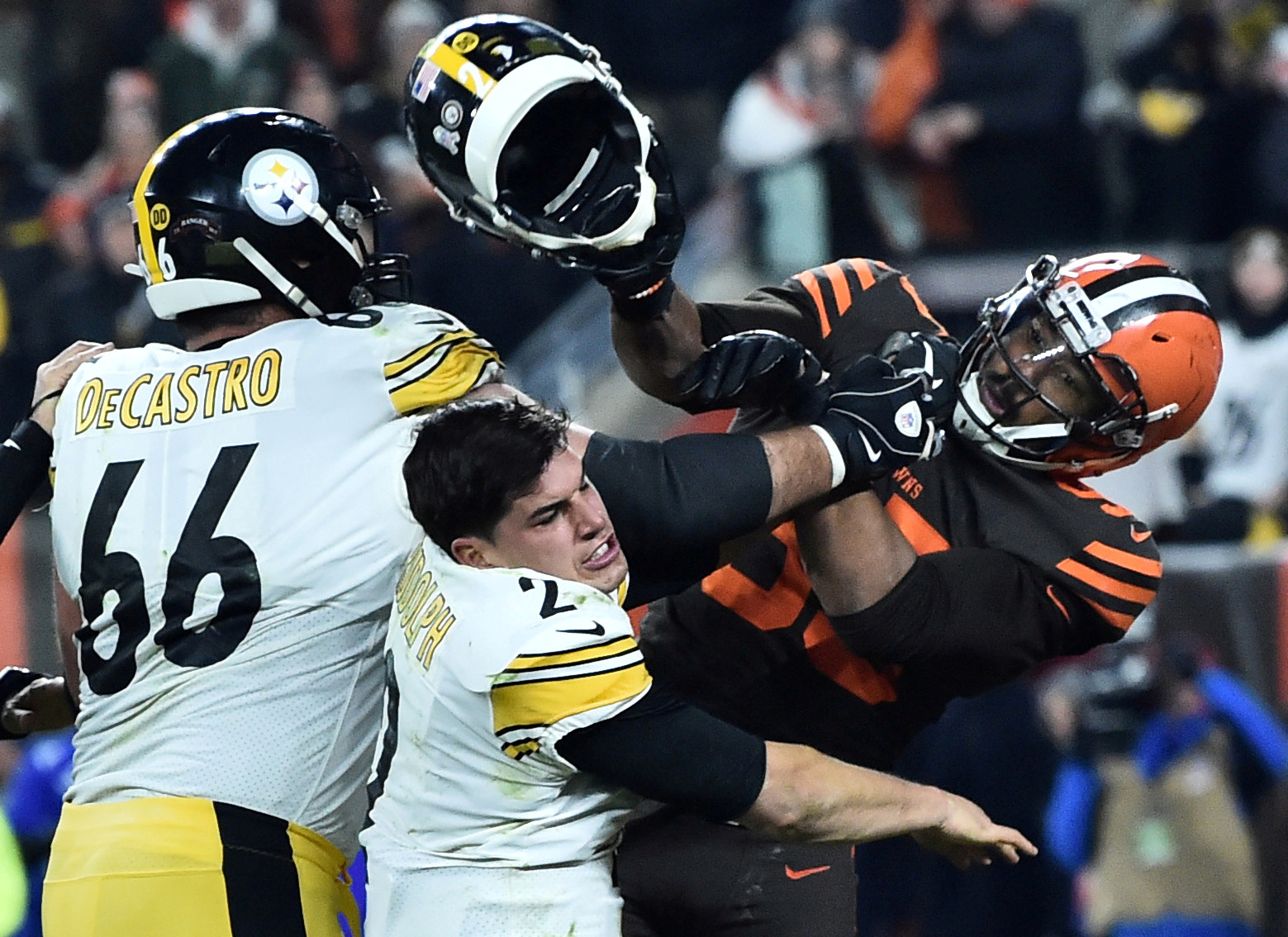 The Pittsburgh Steelers and Cleveland Browns will meet on Sunday just two weeks after an ugly on-field melee in which Cleveland defensive end Myles Garrett struck Steelers quarterback Mason Rudolph in the head with his own helmet, an incident that stunned onlookers and led to a number of suspensions.

Even with Garrett, who was suspended indefinitely, not taking part, Sunday’s game is likely to have a different feel, as bad blood from the recent brawl on top of a decades-long rivalry steeps Sunday’s showdown in drama.

With the 6-5 Steelers and 5-6 Browns playing as near equals this season after years of abysmal performances by Cleveland teams, the Steelers find themselves as at-home underdogs in the matchup for the first time in recent memory.

Rudolph, whom Tomlin benched in favor of Devlin Hodges ahead of Sunday’s game with Steelers star quarterback Ben Roethlisberger out injured, will likely avoid any renewed confrontation with the Browns defense.

But the incident looms large for fans. A Steelers spokesman on Twitter said reports that Cleveland fans wearing Garrett’s jersey would be barred from Heinz Field was “absolutely false.”

A t-shirt bearing the slogan “Pittsburgh started it” has been flying off shelves of shops in and around Cleveland.

“We’ve been printing them pretty much nonstop,” said Greg Vlosich, whose company GV Art + Design came up with the shirts, which have been selling “by the thousands.”

While Vlosich told Reuters that he and fellow Browns fans do not condone the helmet hit, “It’s always been a rivalry.”

Browns head coach Freddie Kitchens told reporters on Wednesday that he was not looking at Sunday’s game as grudge match.

“It takes two to have a rivalry,” he said. “That’s probably not going to sit well with people, but to me you’ve got to win your share.”