The Broncos have placed Joe Flacco on injured reserve 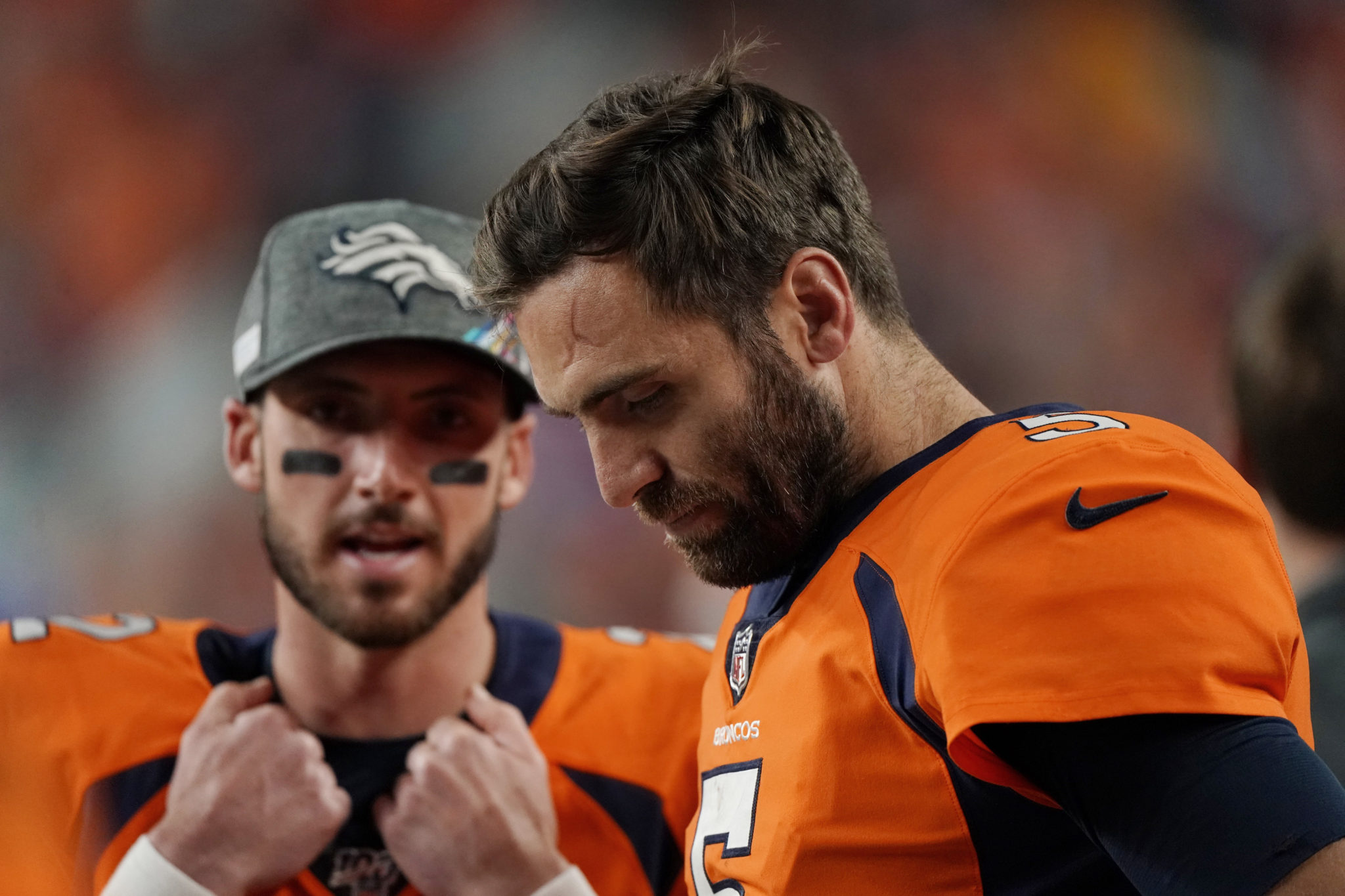 The Denver Broncos have placed quarterback Joe Flacco on injured reserve and promoted rookie QB Brett Rypien from their practice squad to back up new starter Brandon Allen.

Coach Vic Fangio said Friday that the herniated disk in Flacco’s neck requires six weeks of rest and it would have taken another two weeks to get the veteran QB back up to speed.

The notoriously immobile quarterback also was sacked 26 times behind Denver’s porous offensive line, including a career-high eight against Kansas City two weeks ago and three Sunday at Indianapolis, after his neck was so stiff he couldn’t turn his head.