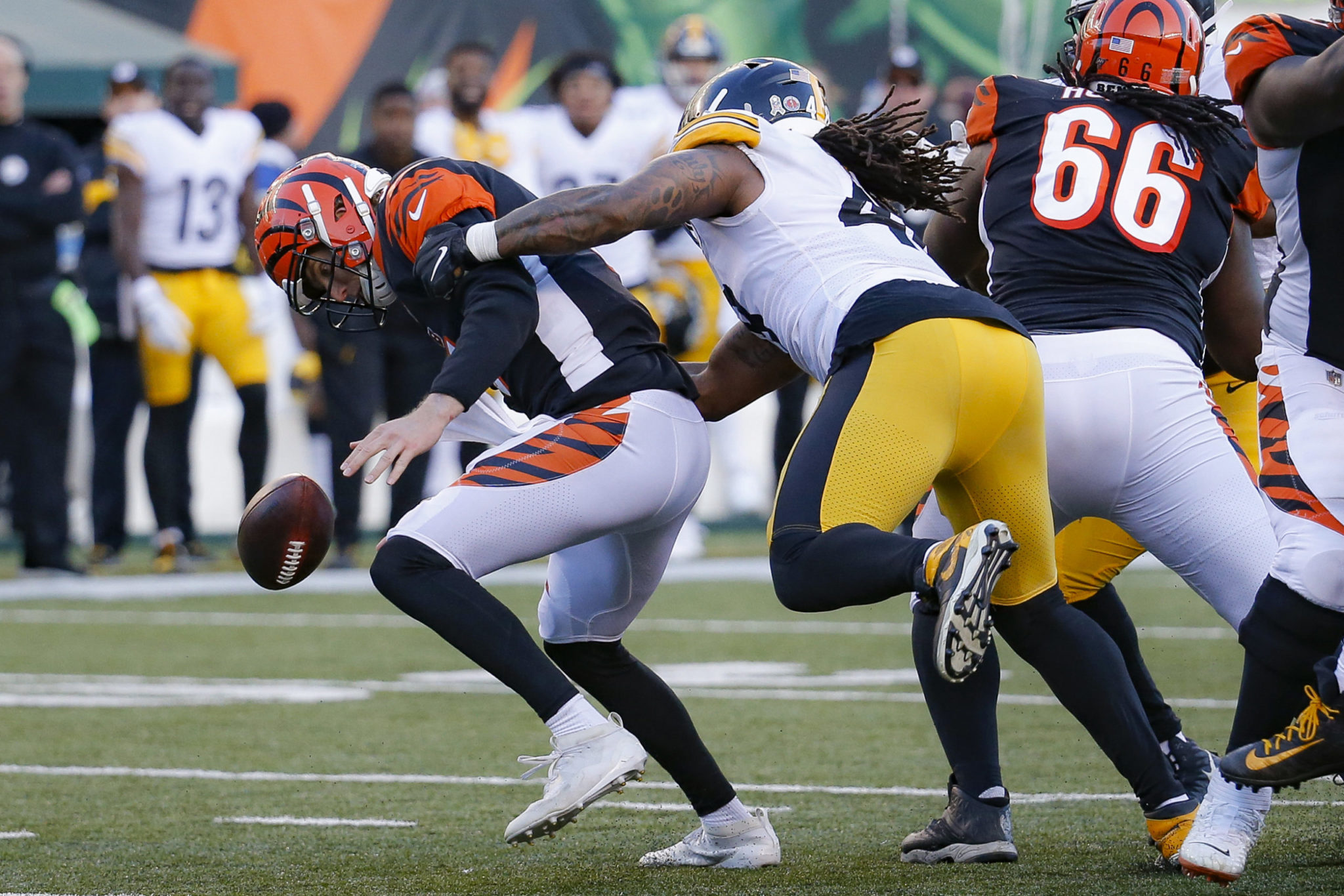 With the season slipping away, the Bengals are turning back to Andy Dalton to try to get that elusive first win.

Coach Zac Taylor announced Monday that Dalton was returning as the starting quarterback, ending a three-week experiment with rookie Ryan Finley running the offense. Finley completed only 47 percent of his passes and the offense failed to score more than 13 points in any game.

The move came a day after a 16-10 loss to the Steelers in which Finley fumbled twice.

The Bengals (0-11) are the NFL’s only winless team as they get ready to host the Jets (4-7), who have won three straight. The 11-game losing streak in one season is the longest in franchise history. Their best chance to avoid an 0-16 season is to go with an 11-year veteran quarterback instead of a rookie.


“We just want to win, and that veteran presence he has will certainly be helpful through all the things we’ve experienced on offense,” Taylor said.

Dalton wasn’t available after the decision was announced. When he was benched after an 0-8 start, he complained that the Bengals didn’t leave time before the trade deadline to explore a deal with a team that needed a starter.

Taylor said there have been no residual hard feelings between them.

“It was hard for him to hear when we made the change initially, but just being the person he is, he’s somebody that I was able to communicate with the last couple of weeks,” Taylor said. “He didn’t just turn a cold shoulder to me.”

And so, the Finley experiment is finished.

The Bengals set themselves up for more losses when they installed the fourth-round pick as the starter, saying they wanted to use the rest of the season to see how he fits into their long-term plans. Finley hadn’t played a snap in the regular season and hadn’t even practiced with the starting offense.

It was clear the Bengals were on the path to a winless season.

“Right now, we had to make this move,” Taylor said.

The defense has been better the past two weeks, allowing only 17 and 16 points. The line has been more disruptive, and end Carlos Dunlap has started making an impact. Dunlap had six tackles, a sack, and one tackle for a loss against the Steelers. He also tipped a pass that was intercepted.

The offense is still a mess as Dalton returns. The Bengals have been held to 17 points or fewer in eight of the past nine games.

Dalton gets to play the final games before heading into an uncertain offseason with one year left on his contract and the Bengals likely to draft a quarterback.

Finley wanted to show he could be considered a starter in Cincinnati, but he struggled in a no-win situation. Finley threw a pick-6 and had five turnovers in his three games.

Alex Redmond tore the biceps in his left arm during pregame warmups Sunday and will have surgery, ending his season.

3, 10, 30, 51 — The number of stadiums, head coaches, starting quarterbacks and seasons that the Bengals went through without losing 11 straight games in a season, until now.

The Bengals are two games worse than any other team in the league, leaving them in solid position for the first overall pick in the draft. They face the Jets, the Dolphins (2-9), the Patriots (10-1) and the Browns (5-6) twice down the stretch.