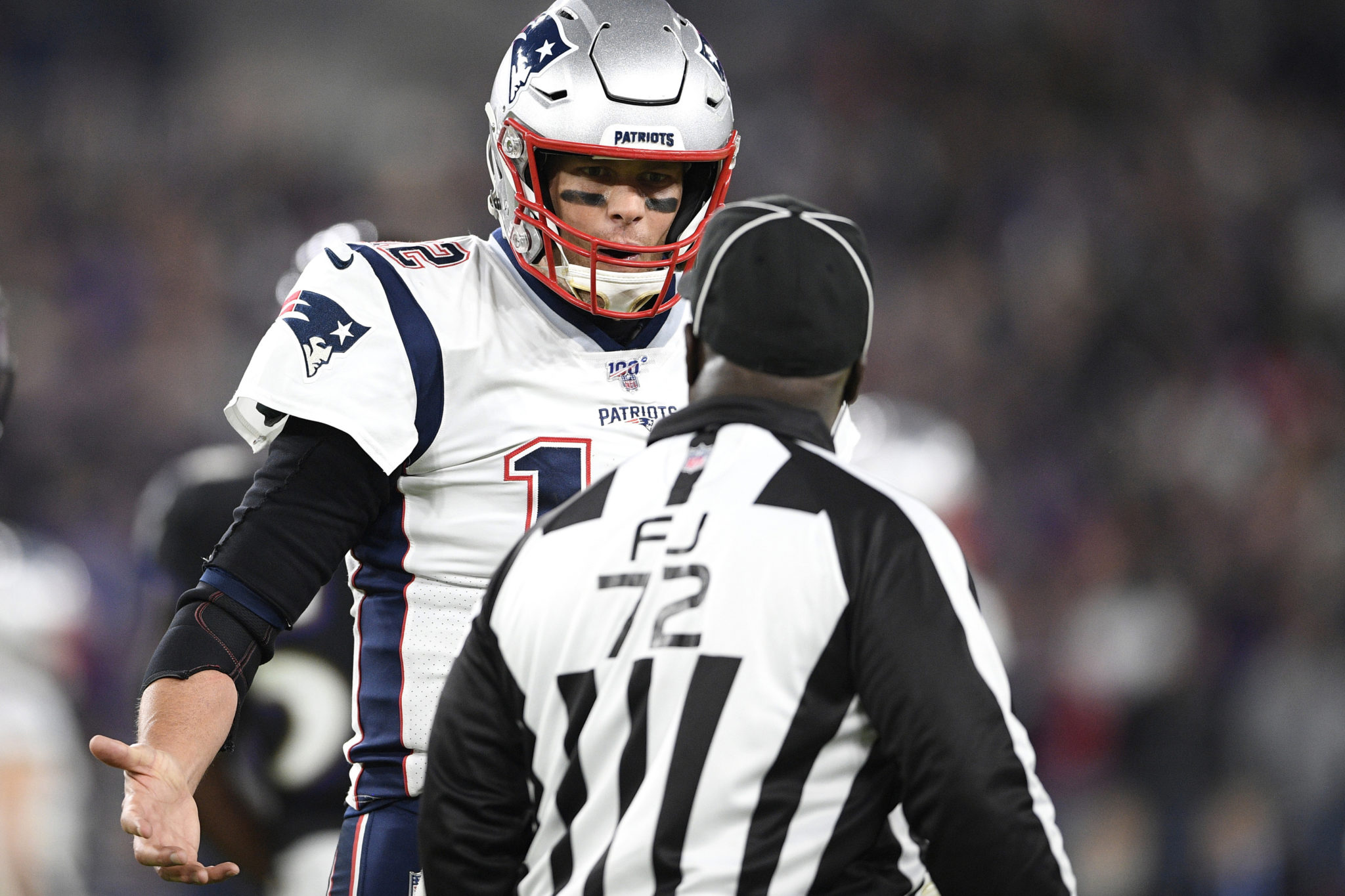 The NFL’s 100th season has not been worth celebrating even if the history of the league is.

Several teams are tanking, penalties are wrecking the flow of games, some of the biggest stars have been sidelined, the new pass interference rule appears to have been adapted only to quiet the uproar that started after last season’s NFC championship game and even though ratings are up, it all looks like one big mess on TV.

The NFL opted to go for a history-tinged Packers-Bears opener this year and what it got was a throwback to, well the 1920s, with a knock-down, dragged-out defensive clash that Green Bay won 10-3 in a rivalry rumpus that featured 20 penalties.

That foreshadowed a sea of yellow flags that would give the NFL another black eye following the Antonio Brown head-to-toe, coast-to-coast saga and threatened to hijack the league’s centennial celebration.

The NFL made backside offensive holding a point of emphasis this season, asking officials to flag what’s known as a “lobster block” where O-linemen wrap their arms around a defender when blocking on the backside of running plays.

The officials went overboard, however, throwing flags for holding all over the field, calling 178 offensive holding penalties through the first two weekends and 10 more in the Titans-Jaguars Thursday night game that kicked off Week 3, prompting Brady to tweet, “Too many penalties. Just let us play!!!”

By halftime, Brady was as disgusted as any fan.

“I’m turning off this game I can’t watch these ridiculous penalties anymore,” he tweeted.

Analyst Troy Aikman noted Brady’s tweets on the game broadcast, saying, “Tom Brady is one of the least controversial people we have in our game. He is league royalty. When he makes a statement like that, that should get somebody’s attention.”

Al Riveron, the league’s senior vice president of officiating, held a conference call with referees that Saturday, instructing crews to allow O-linemen more time to get their hands inside the frame of defenders on front-side and other blocks, and the penalties began to plummet.

So have the coaches’ challenges on pass interference that were approved for this season after the Saints were victimized by a non-call on a blatant interference in the NFC championship game, helping the Rams advance to the Super Bowl.


The tipping point came Sept. 26 in the Eagles-Packers game when Green Bay challenged a non-call, believing Marquez Valdes-Scantling was interfered with on a deep pass. Eagles DB Avante Maddox had his left hand jammed into the receiver’s facemask as the ball was arriving. But the league ruled “there was no clear and obvious evidence ” that Maddox “significantly hindered” Valdes-Scantling.

“It looks clear and obvious to me,” said Packers coach Matt LaFleur, who added, “I really don’t know what pass interference is anymore.”

Nobody does, Broncos coach Vic Fangio said a day later.

Tony Dungy argues that subjecting subjective calls to review was a monstrous mistake.

“There are going to be things that are missed. That’s part of the game,” Dungy said. “The NFC championship game, there was a missed call — too bad. I feel bad for New Orleans. But it happens. It’s happened every year since football began. So, to have this rule now and to say we’re going to suddenly eliminate or help out this one particular call that everybody saw, now we’ve got all the unintended consequences (like wildly inconsistent rulings). I think this whole thing has been a disaster.”


So has pass protection, which has starting to become a misnomer.

Starting with Andrew Luck, who retired at age 29 after dealing with a series of ailments, so many star quarterbacks have been hurt in 2019 that it’s hard for fans to keep track of who’s confined to the sideline.

Backups aren’t safe, either. Mason Rudolph was knocked unconscious after replacing Roethlisberger and Trevor Siemian broke an ankle while starter Sam Darnold was out with mononucleosis.

“It’s crazy. That’s our sport, though. Every position gets hurt,” said Broncos linebacker Von Miller, who figures the injury bug is “just hitting the quarterbacks hard this year.”

So are the pass rushers.

The NFL started to look a lot like the NBA in 2019, with some of its biggest stars gaining more of a say in where they play.


Miami’s fire sale of Laremy Tunsil, Kenny Stills and Kiko Alonzo prompted Minkah Fitzpatrick to ask for his ticket out of town and the tanking Dolphins sent the star safety to the Steelers. Then, Jalen Ramsey talked his way out of Jacksonville, which traded him to the Rams, who sent Marcus Peters to the Ravens.

Through all this, CBS, Fox, NBC and ESPN report ratings jumps from last season.

That helped the 49ers hit the halfway point as the league’s only unbeaten team at 8-0 just two years after they were 0-8.

That’s “not going to get you anything,” San Francisco QB Jimmy Garoppolo said, “but it’s a good start.”

The Colts are 5-3 behind Brissett, but they’d be 7-1 if not for 46-year-old Adam Vinatieri suddenly looking his age. Long dubbed the best clutch kicker in league history, Vinatieri has missed five extra points and five field goals, including the shanked 43-yarder that would have given Indy the late lead in Pittsburgh last week. He also missed two field goals and an extra point in a loss to Chargers in the opener.

The Bengals (0-8) have a jump-start on the top pick in the 2020 NFL draft, although the Dolphins, Jets, Redskins and Falcons are close behind with one win each.