Young dazzles in 2nd half, Hawks beat Spurs without Collins 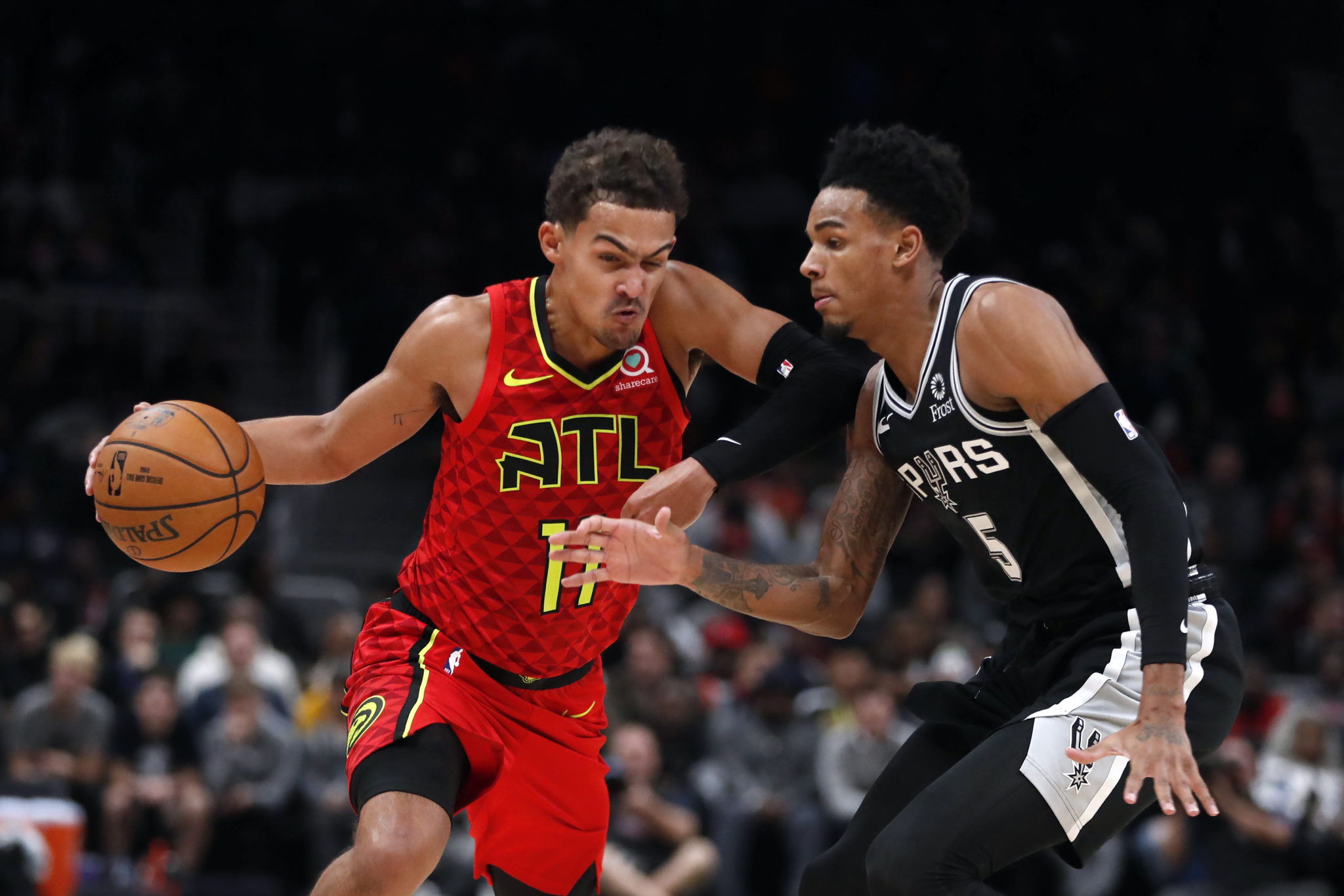 Trae Young came through just as the Atlanta Hawks were trying to put John Collins’ suspension in perspective.

Young scored 28 of his 29 points in the second half, Jabari Parker added 19 points and the Hawks moved past Collins’ issues to snap a three-game losing streak with a 108-100 victory over the San Antonio Spurs on Tuesday night.

Young, returning after missing one game with a right ankle sprain, put on some dazzling moves in the fourth quarter to help his team overcome the loss of Collins, who was suspended earlier in the day for 25 games without pay for a violation of the NBA’s anti-drug program after testing positive for a growth hormone.

“Everybody stepped up in a big way,” Young said. “Like I say, we’re going to miss John. He’s a big piece of our team. It’s not easy, but they did a great job. We’ve just got to take it game by game, but we did a good job today.”


DeMar DeRozan scored 22 points, Bryn Forbes had 17 and Patty Mills 16 for the Spurs. San Antonio has dropped three of four.

The 6-foot-1 Young put on a dribbling display that stopped 6-11 LaMarcus Aldridge cold, then zipped a brilliant pass from the right-side perimeter to a cutting DeAndre’ Bembry for a dunk that put the Hawks up 95-88 with 4:52 remaining. Young had 13 assists.

“I cut to the rim as he was looking for someone to do,” Bembry said. “It was perfect timing. It was a great pass, a hell of a pass, and just made two points.”

The crowd roared again after Young fell backward while hitting a 3 from the right corner to make it 104-96 with 2:11 remaining. It was a stark contrast from the first two quarters when Young was 0 for 8 from the field but had eight assists.

“He was cold in the first half and probably getting some rust off a little bit, I would imagine, but the second half he was great,” Spurs coach Gregg Popovich said. “He played confidently, whether he was driving it for little runners or shooting the 3. He did a great job.”

The Spurs led by eight entering the fourth but were outscored 38-22. Young, who went 5 for 10 beyond the arc, had 16 points in the final period.

San Antonio led 45-44 at halftime with DeRozan, Mills and Parker each scoring 10 points. The Spurs were just 8 for 33 on 3s and missed seven free throws.

“We were getting stops,” DeRozan said. “We were being aggressive. That was the main part. We made them miss a lot of shots, then they caught a rhythm in the fourth quarter after we lost that lead in the third quarter.”

Spurs: San Antonio began the game third-best in the NBA in rebounding, but they were beaten on the boards 48-41. Trey Lyles led all players with 12. … Derrick White, who fell on his right hip and backside early in the fourth of Sunday’s home loss to the Los Angeles Lakers, went 1 for 6 from the field in 19 minutes.

Hawks: Coach Lloyd Pierce said before the game that Young was on a 30-minute limit and that’s exactly what he played. … De’Andre Hunter (knee) and Kevin Huerter (knee) were at a maximum 35-minute limit. Hunter had 16 points in 36 minutes. Huerter scored seven points in 25 minutes.