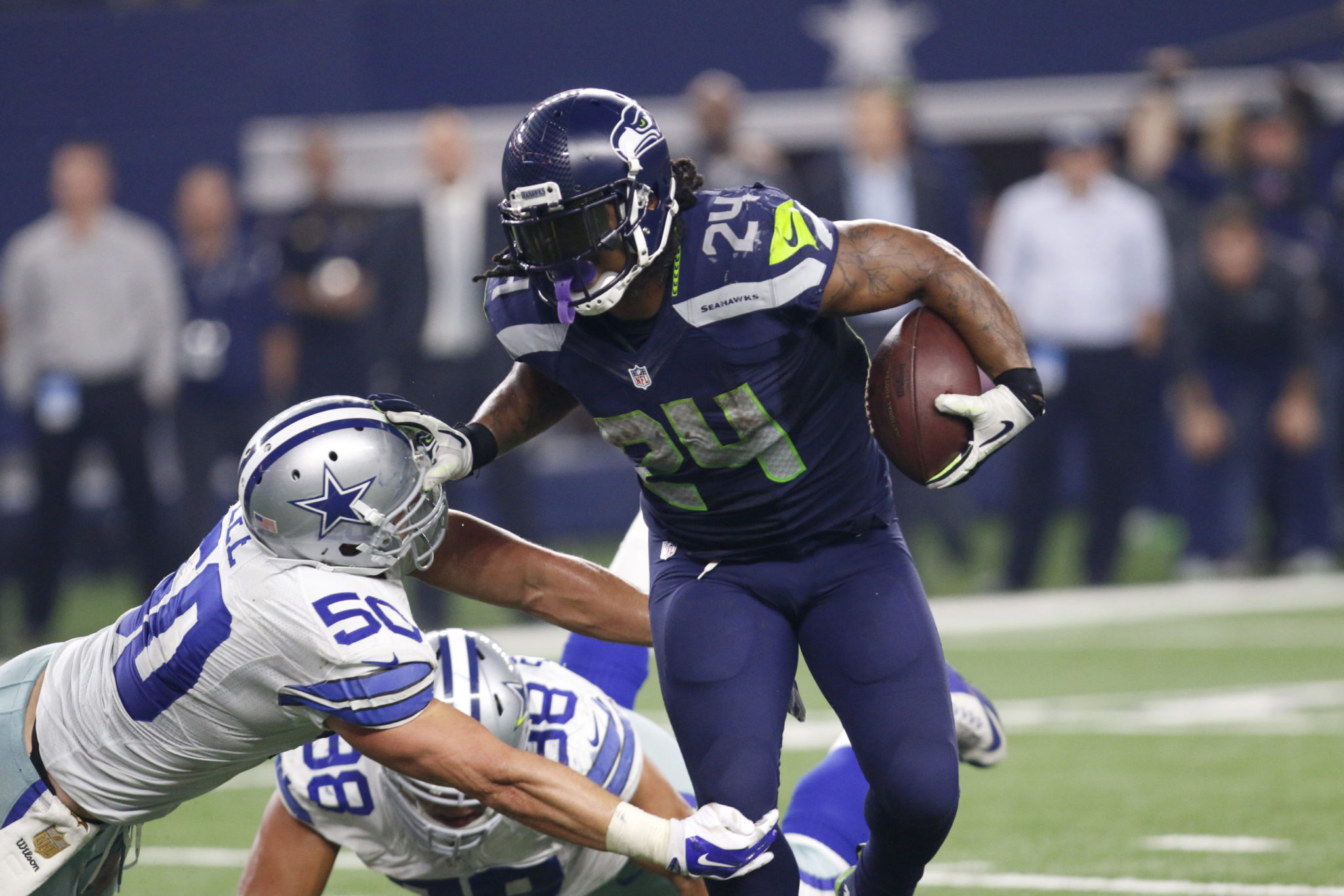 The Seattle Seahawks have reunited with Marshawn Lynch.

The bruising, 33-year-old running back known as “Beast Mode” signed a contract with the Seahawks on Monday night, his agent confirmed on Twitter.

Seattle is in desperate need of running backs after Chris Carson (hip) and C.J. Prosise (arm) both suffered season-ending injuries in Sunday’s 27-13 loss to Arizona. Coach Pete Carroll said earlier Monday on his radio show that Lynch was flying to Seattle to undergo a physical.

Carroll said reports are that Lynch is in good shape.

Lynch has not played in more than a year. His last game was Week 6 of last season with the Oakland Raiders before a core injury ended his season.


The best stretch of Lynch’s career came during his six seasons in Seattle. He arrived via trade from Buffalo early in the 2010 season and became the face of a franchise filled with stars during his time. Sometimes difficult to deal with, but almost always productive on the field, Lynch rushed for 6,347 yards and 57 touchdowns in the regular season during his time in Seattle.

Lynch will always be remembered for his touchdown run in the 2010 playoffs against New Orleans that helped establish the “Beast Mode” persona. It was the top of the long list of highlights with the Seahawks.

“My relationship with him, it was really fun for me for the most part,” Carroll said. “There were some hard times with it because he challenged the system so much. He challenged so many different aspects — the things with the media and all those kinds of things — he was hard on the regular routine of this job in some regards, but he always played and he’d always bring it and I loved the spirit that he’d bring and the toughness he brought. He’s a very charismatic person and player and he affected a lot of people and he affected this program in a big way.”

Ultimately, Seattle needs production and that will be the big question with a 33-year-old running back.

Lynch averaged 4.2 yards per carry and 62.7 yards per game before getting injured last season. The Seahawks would take that kind of production to help make up for the loss of Carson, who finished the year with a career-high 1,230 yards and 4.4 yards per attempt.

Lynch may not be the only reunion for Seattle. Former running back Robert Turbin posted a picture from the Seahawks locker room on social media late Monday. There was no confirmation from the team that Turbin has signed, but he had been in for a workout with the team last week.

Turbin played for Seattle from 2012-14 and was Lynch’s backup.

“Happy to be back home,” Turbin wrote on Instagram.


Lynch visited Seattle’s facility earlier this month but the team said it was simply to see some friends. The team had to report the visit to the league because Lynch has not officially filed retirement papers and could be signed by any team.

Carroll said general manager John Schneider had been in contact with Lynch’s representatives on the off-chance there was a need down the road.

“John is always on the options and in astute fashion he’s been connected with this one just in case for a long enough time that we’ve had some runway for it. He’s had plenty of time to be working and get ready in case something came up and I’m anxious to see him when we get him here,” Carroll said. “There is a lot of history here that is great history and there was nobody that ever amplified the kind of mentality and toughness we like to play with, so if we get a chance to get the beast back on the field we’ll see how that works out.”