Beating Ravens again could save Kitchens’ job with Browns 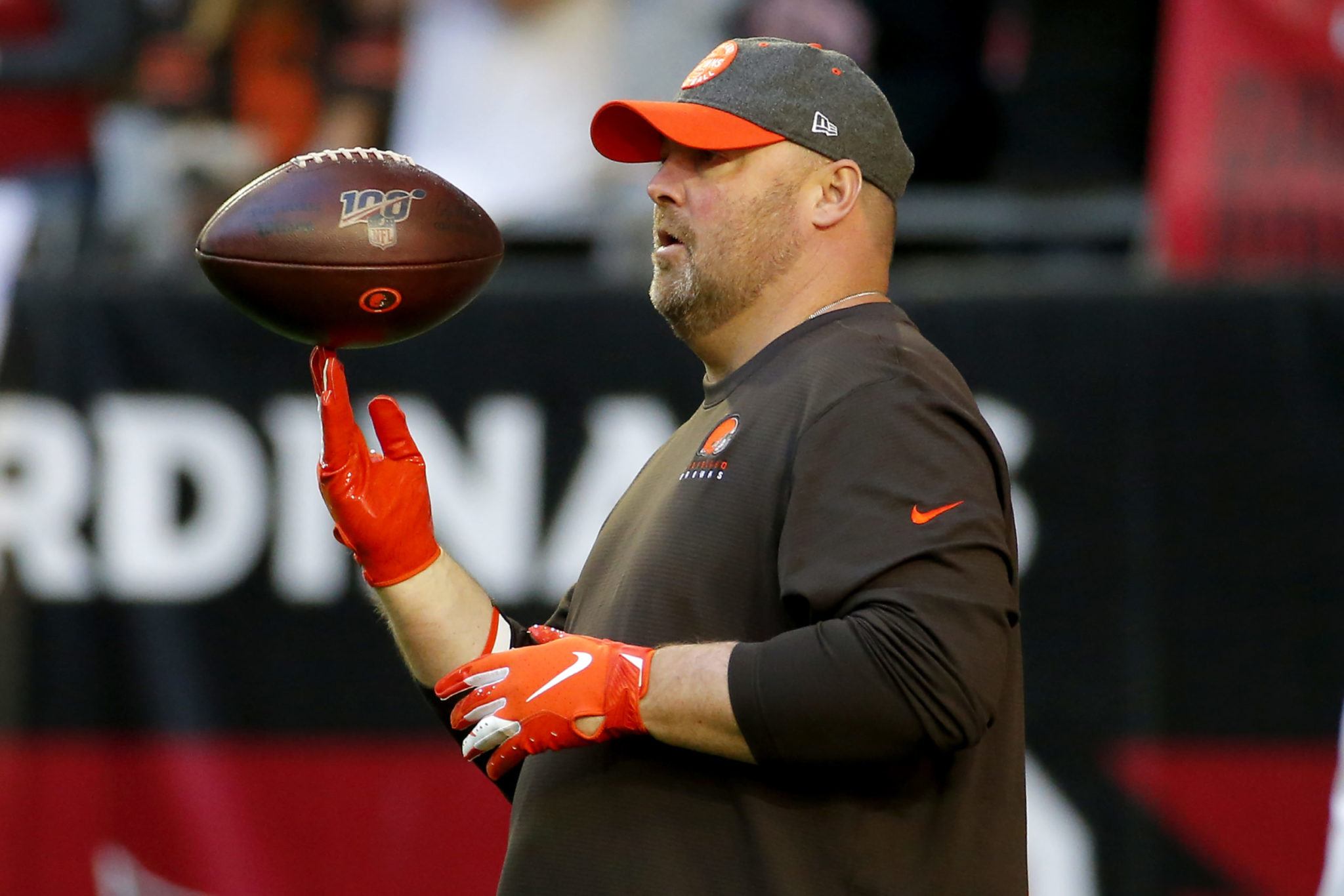 Freddie Kitchens got an early signature win in his first season as Cleveland’s coach. He may need another to get a second one.

Kitchens’ future with the Browns is up in the air heading into this week’s game against the Baltimore Ravens, who possess the NFL’s best record, have possibly the league MVP in quarterback Lamar Jackson and have been tabbed by Las Vegas oddsmakers as Super Bowl favorites.

Baltimore has won 10 consecutive games since losing on Sept. 29, when the Browns put it all together for one of the only times this season and scored 30 points in the second half to clobber the Ravens 40-25. The road victory seemed to indicate that Kitchens, a surprising hire by Cleveland after his successful half-season stint as offensive coordinator in 2018, had his team on the right track.

However, the Browns (6-8) have collapsed under the weight of enormous expectations coupled with unnecessary drama, and the slide has left their playoff hopes on fumes and Kitchens’ job in serious jeopardy.

Beating Baltimore again could help his cause.

“It would be a big win,” said right guard Joel Bitonio, who has been through several coaching changes with the Browns. “Right now, Baltimore is probably the Super Bowl favorite, they’ve been pegged to win it all. They’re division champs and they’re the No. 1 seed in the AFC right now, and if you go out there and show your team can compete with that and win that game, I think it would show people that we have the potential in this room.”

It may already be too late for Kitchens.


Last week’s 38-24 loss at Arizona was a major blemish on his resume. The Browns came out flat and were overpowered by the Cardinals, who came in riding a six-game losing streak. Making the defeat worse was that it appeared several of the Browns, especially on defense, were not giving their all.

Kitchens disputed that his team had quit.

“Generally speaking, if you have to worry about a guy playing hard, you’ve got the wrong guy,” he said following Friday’s practice. “We don’t have a problem with guys playing hard.”

Browns general manager John Dorsey has kept a low profile in recent weeks, and there have been no signs that Cleveland is on the brink of yet another coaching change.

However, some of Kitchens’ questionable play-calling decisions along with him wearing a “Pittsburgh started it” T-shirt in public after the now-infamous brawl with Steelers has given his detractors more ammunition to believe he should be let go after one year.

A lack of consistency has been one the biggest failures for the Browns under Kitchens. They’ve had stretches of solid play, with all three phases complementing each other. But Cleveland’s season has mostly been characterized by sloppiness and a lack of discipline, epitomized by star defensive end Myles Garrett’s helmet-swinging outburst that led to an indefinite suspension.

The Browns may have peaked too early to save Kitchens, but Bitonio said a repeat of their early performance could give the coach another argument for keeping his job.

“That was our best game of the season against the Ravens, and if we can get to that level on a consistent basis, which I think has been the issue this year — consistency,” he said. “We’ve seen flashes of our offense moving the ball up and down the field with ease. We’ve seen flashes of our defense stopping teams. If you can get that consistency and show that, ‘Hey, we have this potential,’ I think that goes a long way for him.”


Beyond sweeping the Ravens for the first time since 2007, a win on Sunday would make the Browns 4-1 in the AFC North, with one game left against the lowly Cincinnati Bengals (1-13) as well as give Cleveland five straight home wins after a 0-3 start.

Kitchens downplayed any added significance to another division win or improving to 5-3 at FirstEnergy Stadium.

“I have not really focused on what has happened,” he said. “I am just trying to make it through this week to make sure our guys are prepared for this week and make sure their concentration and focus is on this week.”

Bitonio was one of several Browns players who complimented Kitchens’ steadiness during a sometimes turbulent season.

“From a day-to-day CEO format, he’s done a good job,” Bitonio said. “He’s been that same guy. When he’s needed to get fired up, he has. Who knows how he’s handling it outside these walls, but from a coaching perspective, he’s been the same guy. He’s brought the energy when we’ve needed it in practice and it’s been good for us.”