Browns stay in playoff hunt, ground out 27-19 win over Cincy 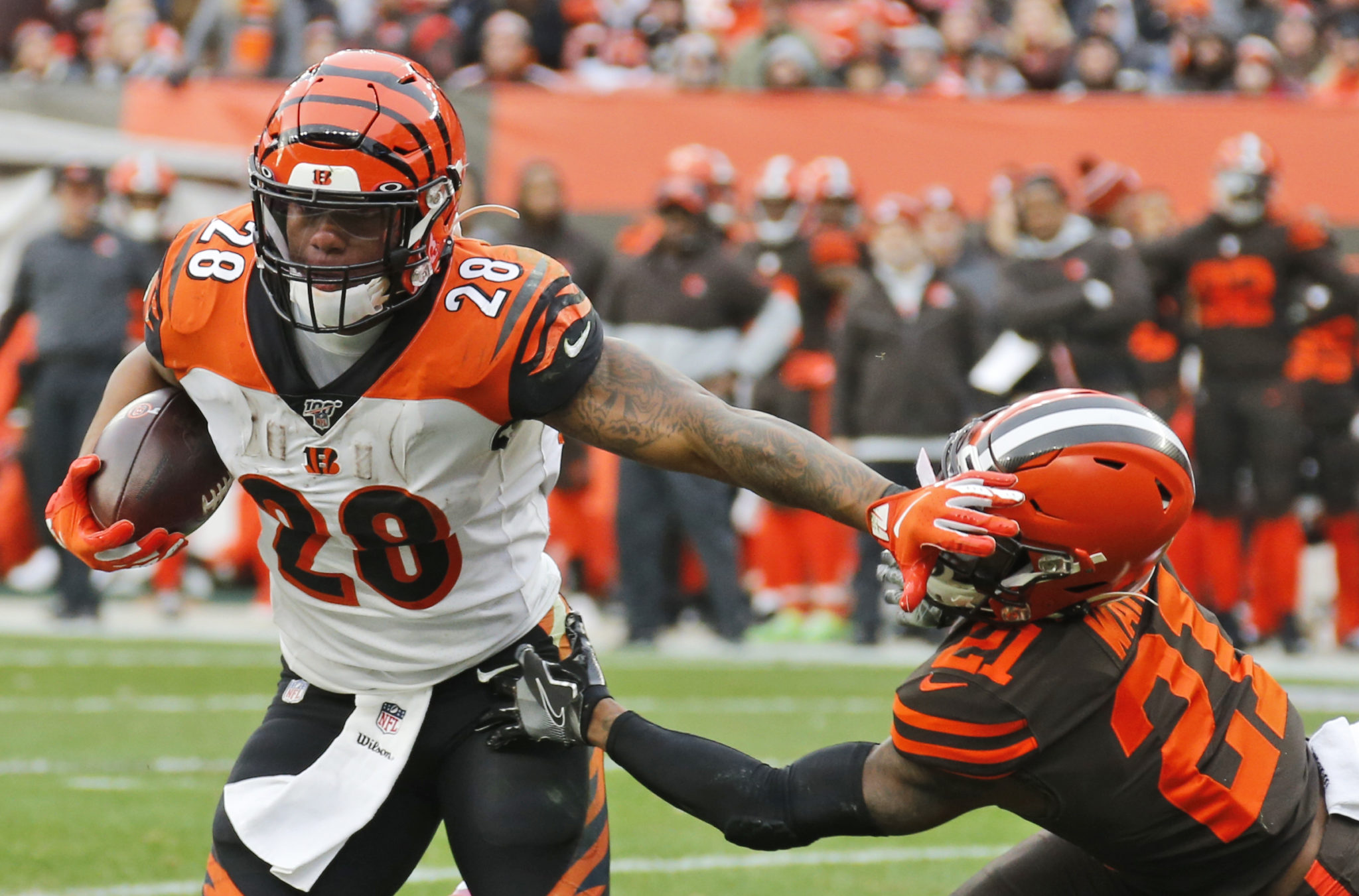 Nick Chubb ran for 106 yards — 99 after halftime — and Baker Mayfield and Kareem Hunt had rushing touchdowns as the Cleveland Browns kept their faint playoff hopes alive Sunday with a 27-19 win over Cincinnati.

Denzel Ward returned an interception 61 yards for Cleveland’s first score and the Browns (6-7) got a huge late break. Mayfield’s third interception was reversed with a rare interference call to bounce back after a discouraging loss at Pittsburgh last week.

Cleveland needs to run the table to have any chance of ending its 17-year postseason drought, the NFL’s current longest.


The Bengals (1-12) couldn’t build on their win last week over the Jets and have dropped 19 of 21 over the past two seasons.

Cincinnati running back Joe Mixon rushed for a career-high 146 yards and scored a TD. Bengals kicker Randy Bullock had field goals of 34, 44, 28 and 46 yards, the last with 12 seconds to go.

Mayfield appeared to throw his third pick with 4:58 left when cornerback William Jackson III tipped a pass intended for Odell Beckham Jr. and it was grabbed by Jessie Bates III and returned inside the 20. But Browns coach Freddie Kitchens challenged that Beckham was interfered and won the review.

For some reason, Kitchens decided not to run the ball in the first half despite having the NFL’s leading rusher (Chubb) and facing the league’s worst run defense. Cincinnati came in allowing 157.6 yards per game. Cleveland had just 30 yards rushing at halftime with Chubb getting only 7 on three carries.

That changed immediately in the third quarter. Cleveland came out with a 75-yard drive — all on the ground — with Hunt’s 3-yard run giving the Browns a 21-13 lead. Chubb ripped off a 57-yard run to set up Hunt’s score.

Cincinnati had numerous chances to get a second win, but came up short.

Dalton, who returned from a three-game benching last week to lead Cincinnati to its first win, went 22 of 38 for 262 yards.


Mayfield threw two interceptions in the first half and finished 11 of 24 for 192 yards. But he did enough to help Cleveland keep its season ticking.

The Browns overcame a sluggish start to take a 14-13 lead in the second quarter on Mayfield’s 7-yard run. Mayfield couldn’t find an open receiver in the end zone before taking off and scoring with a dive he finished by extending his right arm to hit the corner pylon.

Beckham intends to have postseason surgery to repair a sports hernia after the season, a person familiar with his plans told The Associated Press before the game. Beckham hasn’t scheduled the procedure and hopes to play in Cleveland’s last three games, the person said on condition of anonymity because of the sensitivity of the situation.

Earlier this week, Beckham was vague about his future in Cleveland, fueling speculation he wants to be traded for the second time in less than a year. He had two catches for 39 yards.

Bengals: Tate left with a knee problem in the third quarter after a 16-yard reception, his only catch.