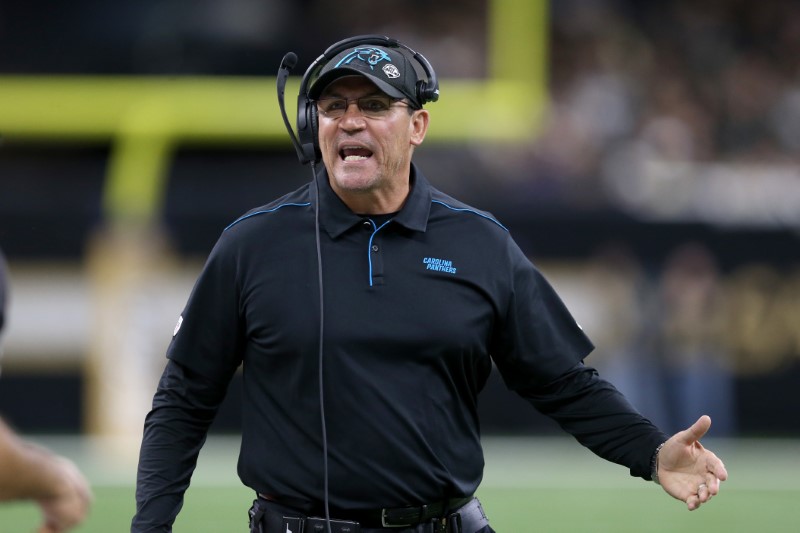 The Carolina Panthers fired coach Ron Rivera on Tuesday after a 5-7 start to the season.

“I believe this is the best decision for the long-term success of our team,” owner David Tepper said in a statement. “I have a great deal of respect for Ron and the contributions he has made to this franchise and to this community. I wish him the best. I will immediately begin the search for the next head coach of the Carolina Panthers.”

Rivera has been the Panthers’ head coach since 2011, compiling a 76-63-1 record in nine seasons. He led Carolina to a 3-4 mark in four postseason appearances, including the Super Bowl after the 2015 season, when the Panthers posted a 15-1 regular-season mark.

“We are going to take a comprehensive and thorough review of our football operation to make sure we are structured for long-term sustained success,” Tepper said.

“Our vision is to find the right mix of old-school discipline and toughness with modern and innovative processes. We will consider a wide range of football executives to complement our current football staff. One change that we will implement is hiring an assistant general manager and vice president of football operations. We all must recognize that this is the first step in a process, but we are committed to building and maintaining a championship culture for our team and our fans.”

Carolina has lost four consecutive games and had starting quarterback Cam Newton available for only the first two games because of a foot injury that ultimately landed him on injured reserve, ending his season.