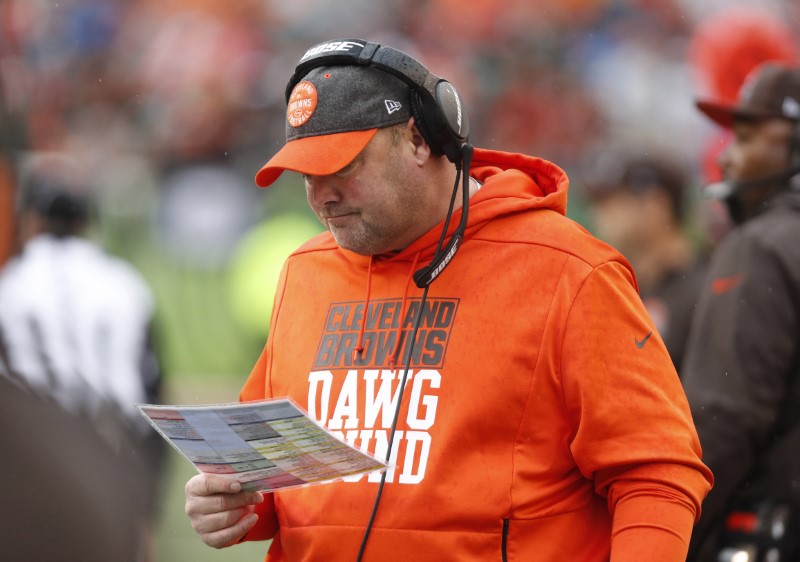 The Cleveland Browns acted swiftly after yet another frustrating National Football League campaign by ditching head coach Freddie Kitchens following their 33-23 loss to the Cincinnati Bengals on Sunday, the final day of the regular season.

Kitchens lasted just one year in charge, during which the Browns, who have not had a winning season in the past decade, went 6-10.

Owners Dee and Jimmy Haslam said they made the decision because they could not see Kitchens bringing the team success.

“We thank Freddie for his hard work and commitment to this organization but did not see the success or opportunities for improvement to move forward with him as our head coach,” they said in a statement.


The Browns had finally looked to have sorted out their quarterback issues by taking Baker Mayfield with the first overall pick in the 2018 draft, and a solid 7-8-1 season seemed to augur well heading into 2019.

But it proved a false dawn.

Mayfield regressed in his second season, while the addition of wide receiver Odell Beckham Jr. and running back Kareem Hunt did not help team dynamics.

Kitchens was the first head coach to go in what has traditionally been a busy period of hirings and firings among the 20 teams missing the postseason.

Other head coaches reported to be facing the axe include Jason Garrett of the league’s richest franchise, the Dallas Cowboys, who finished 8-8 and missed the playoffs.


Owner Jerry Jones was tight lipped on Sunday, saying he had some decisions to make and would not be rushed.

The Washington Redkins, who sacked Jay Gruden earlier in the season, are set to interview Ron Rivera this week, multiple media reports said.

Rivera was ditched by the Carolina Panthers after 12 games.